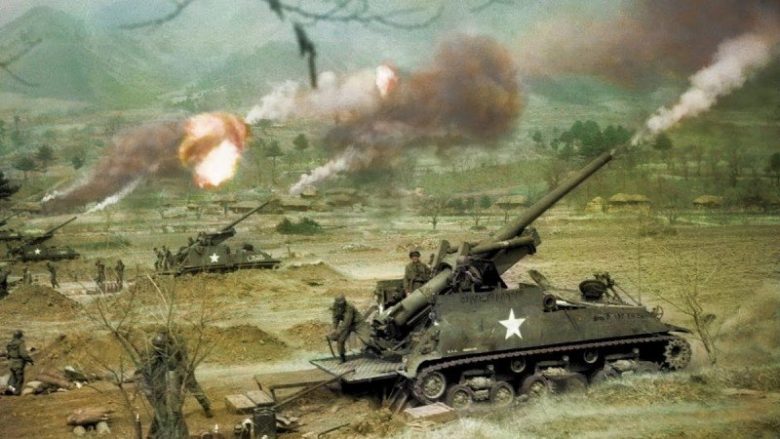 The aim of this article is to illuminate some important yet underemphasized aspects of modern Korean history, and Canada’s role in raising and maintaining tensions on the peninsula, by borrowing from the work of a number of respected scholars of both Korea and Canada. Excavation of the historical archive does not paint a wholly benevolent picture of Canada’s contributions to the Korean War.

In a statement issued on July 27, 2020, Prime Minister Justin Trudeau stressed the importance of Canada’s contribution to the Korean War, a catastrophic conflict whose outbreak he entirely blamed on North Korea. He described the crossing of the 38th parallel by North Korean forces as “the first open act of aggression since the establishment of the United Nations,” and stated that in response, 26,000 Canadian soldiers were deployed to the peninsula “to protect the sovereignty of South Korea.” Over 500 Canadians died in the fighting, making it Canada’s “third deadliest overseas conflict” after the First and Second World Wars.

“The war was devastating for Koreans,” Trudeau said, “as people struggled to find safety, and saw their homes, schools, and memories shattered. Families were separated, and many lost loved ones. By the time the armistice was signed in Panmunjom on July 27, 1953, the war had claimed the lives of millions of people, many of whom were civilians.” While this statement is true, there is a notable omission: which side inflicted the majority of the devastation.

Between 1950 and 1953, the US military (supported by Canada and other allies) carried out a “long, leisurely, and merciless” bombing campaign against the North. Over half a million bombs were dropped. Napalm and chemical weapons were used. In the words of Air Force General Curtis Lemay, who led the strategic air command during the war, the US “eventually burned down every town in North Korea.” He later claimed that the US and its allies killed approximately 20 percent of the North Korean population.

Dean Rusk, future secretary of state, asserted that the US bombed “everything that moved in North Korea, every brick standing on top of another.” Toward the end of the war, targets included civilian infrastructure such as hydroelectric and irrigation dams. The destruction of these dams resulted in the flooding of massive amounts of farmland, destroying entire crop yields. But there was no reference to these facts in Trudeau’s speech. When he mentioned that “the war” claimed millions of civilian lives, the average Canadian listener would be forgiven for believing that the North was solely responsible for every single death that occurred on the peninsula in those three years, given that, as the PM said, the North was apparently solely responsible for the outbreak of armed conflict.

The truth is much more complex, and as one might expect, an excavation of this history does not paint a wholly benevolent picture of Canada’s contributions to the Korean War.

“In the night of our ignorance,” writes decorated Korea scholar Bruce Cumings, “North Korea confirms all stereotypes.” Similarly, in Canadians’ night of ignorance about their own country’s actions abroad, the stereotypes of Canada’s supposedly generous and peace-loving nature find easy domestic confirmation.

The aim of this article is to illuminate some important yet underemphasized aspects of modern Korean history, and Canada’s role in raising and maintaining tensions on the peninsula, by borrowing from the work of a number of respected scholars of both Korea and Canada. By doing this, I hope to shine daylight on the night of our ignorance and introduce some much-needed background information to discussions of the Korean War in Canada. Furthermore, this essay will illustrate the largely negative role that Canada played on the peninsula in the twentieth century. In doing so, I would like to dispel the intellectual darkness that characterizes most conversations about Canadian foreign policy, and to challenge Canadians’ ignorance of their own country’s global role.

From 1910 to 1945, the Korean peninsula was a colony within imperial Japan’s so-called “Greater East Asia Co-Prosperity Sphere.” During these years, Japan was a violently expansionist power that established brutal apparatuses of control and exploitation over other Asian populations. These colonial administrations were justified on the grounds of imperialist aspirations and phony racial supremacist ideas that closely resembled European theories of “scientific racism.”

Under the colonial administration, Korean political organizations were illegalized, Korean newspapers were closed, and Korean culture itself was effectively outlawed. “The education system was Japanized,” explains Stephen Gowans. “Koreans were forced to speak Japanese, take Japanese names, and worship at Shinto shrines, even though Shintoism, the traditional religion of Japan, was foreign to Korea.” Simultaneously, the Japanese empire developed extractive industries on the back of a hyper-exploited Korean labour force and collaborated with rich landed families to service the imperial core. Some of these collaborator families later became the founders of the chaebols of modern South Korea, including Samsung, Hyundai, and LG.

“In pursuit of Japan’s imperial project,” Gowans writes, “Koreans were reduced to the status of subhumans, dehumanized as machines and beasts of burden, denied the dignity of self-determination, and alienated from their language and culture.” Nevertheless, Canadian historian Tyler Shipley points out that Japan’s colonial exploitation of peoples within its “Co-Prosperity Sphere,” including Koreans, was “undertaken with enthusiastic Canadian support.” In 1929, Canadian diplomat Hugh Keenleyside even stated that Korea should remain a colonial possession of Japan.

Similar to Canadian leaders’ support for Nazi Germany in the 1930s, the Canadian state viewed fascist Japan as an effective weapon against popular leftist movements that were resisting the global spread of capitalism. “Inherent in Japan’s imperial project,” Shipley writes, “was the defeat of popular movements oriented to the left, both within Japan and also in its growing empire.” Furthermore, “Japan represented an authoritarian, capitalist, imperial state in Asia, which made it not so different from Canada and its allies.” These facts endeared imperial Japan to the Canadian state during the early decades of the twentieth century.

As Japan expanded its military in the early twentieth century, some Canadian companies made a profit selling war materials to the burgeoning fascist empire. For instance, Japan was one of the world’s largest consumers of nickel, an essential mineral in modern warfare, but its territory had no nickel reserves of its own. Canada helped fill the gap. A notable amount of the nickel that imperial Japan used to modernize its military for regional conquest came from Canadian mines.

Canada’s International Nickel Company (INCO) recorded huge profits in the years after 1932 as fascist nations such as Italy, Germany, and Japan prepared their militaries for armed conflicts in Ethiopia, Spain, and China respectively. John Foster Dulles, who was general counsel for INCO at the time, even negotiated a deal with IG Farben to sell 10 percent of INCO’s total nickel output to the German trust, in exchange for which Farben would only purchase nickel from Mond, an INCO subsidiary. This deal permitted Nazi Germany to procure large amounts of Canadian nickel as it remilitarized during the 1930s. In his history of INCO, Jamie Swift recounts that from 1934 to 1937—a period that aligns with the early years of Japan’s occupation of Manchuria and the lead-up to its devastating invasion of the wider Chinese territory—“nickel deliveries direct from Canada to Japan and Germany were… allowed to continue at their normal level.”

Japan’s brutal conquest of Manchuria—which led to the establishment of the notorious rape camps known as the “comfort women” system, in which tens of thousands of women, mostly Korean, suffered sexual violence at the hands of Japanese invaders—was openly justified by Canadian officials at the same time that Canadian minerals were quietly being used to support the Japanese war machine. In 1931, the year of Japan’s invasion, Hugh Keenleyside asserted that Japan “must be recognized as a stabilizing and regulating force” in Manchuria. In the aftermath of Japan’s infamous 1937 attack on the Chinese city of Nanjing, Canada’s envoy to Japan, Randolph Bruce, said that the massacre of hundreds of thousands of Chinese residents was “simply an attempt [by Japan] to put her neighbour country in better shape, as [Japan] had already done in Manchuria.”

During the decades that Canada and its allies supported the militarization and expansionism of imperial Japan, Kim Il-sung and other anti-colonial (and frequently communist) leaders led hundreds of thousands of Koreans in a popular struggle against the fascist empire. Kim played a prominent role in expelling Japan from Manchuria, a colonial occupation that Canada had supported and justified, and by 1945 he had cultivated genuine nationalist credentials. During these years, Kim became, in Bruce Cumings’ words, a “classic Robin Hood figure” to many disadvantaged Koreans. 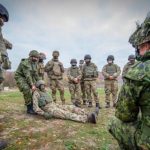 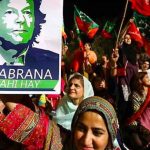