Venezuela has criticized Canadian authorities for interfering with the rights of over 5,000 registered voters. (Reuters)

Canada is prohibiting its Venezuelan residents from voting in the coming May 20 presidential elections, Venezuelan Foreign Minister Jorge Arreaza said during a press conference Wednesday.

Canadian authorities said they will not allow Venezuelan embassies or consulates in the cities of Toronto, Ottawa or Vancouver to install polling stations.

Arreaza criticized Canadian authorities for interfering with the rights of over 6,000 registered voters to participate in Sunday’s presidential elections. The minister told Venezuelan residents in Canada they will be able to vote, instructing embassies to disregard the host nation’s orders and install polling stations as planned.

“The electoral material has been distributed in embassies and consulates so that Venezuelans abroad can exercise their right to vote,” said Arreaza

Arreaza also said he would send a diplomatic notice to the Canadian Ministry of Foreign Affairs to address the prohibition, which he called an unethical violation of international agreements and human rights.

“Let’s work together for the common good of our peoples and of Latin American and Caribbean unity, that is our goal,” said Arreaza, insisting the state would continue to fight the “unprecedented international pressure” which he says is spearheaded by Washington.

Canadian authorities, meanwhile, maintain that Venezuelan offices within the country are “obliged to comply and refrain from installing polling stations.” 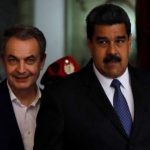 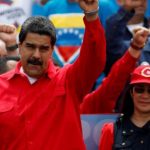