Stepan Poltorak, the Ukrainian Defence Minister, has told journalists in that country that he had discussions with Defence Minister Harjit Sajjan to become involved in building a Ukrainian ammunition plant. “It was very important to create joint production of equipment and equipment both in Canada and in Ukraine,” Poltorak explained. “We would like Canada to join the construction of an ammunition plant in Ukraine. And we discussed this issue with our colleague.” 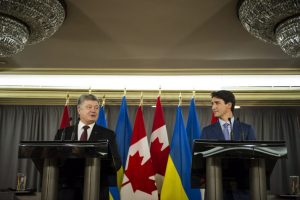 Sajjan was asked Thursday about the ammunition facility as well as providing Ukraine with lethal aid. He told journalists that there is still much work to be done before any such proposals can be looked at. A Defence Cooperation Agreement between the two nations has been signed [see report below].

“We had actually a very good discussion on this, on this topic and actually about equipment in general,” he explained when asked about lethal aid. This is one of the reasons it was very important for us to sign the Defence Cooperation Agreement and move forward with the other steps, so that Ukraine can have a greater possibility in terms of their procurement as well.”

“Now when it comes to weapons systems and lethality, it can’t be looked at in that manner. We have to look at it in terms of any type of system that you provide, you have to look at what type of capacity is needed to be able to use it as well. So, we’re looking at a much more thorough plan of helping the Ukrainian armed forces to be able to modernize with their command and control structure, their sustainment system as well. So, our discussion is not just strictly about a shopping list of systems. It’s about building the capacity.”

Sajjan was asked about the ammunition plant but fell back to similar comments about capacity building for Ukraine.

“It’s not a shopping list,” Sajjan responded. “This is about building the capacity. So, we had some very detailed discussions on the way forward. This is about increasing the effectiveness of the Ukrainian armed forces, which is happening, and then actually providing the necessary equipment for them to sustain that as well.”

Ottawa – Canada and Ukraine have a long history of friendship, common values, and shared ambitions for the future of our peoples.

This bilateral arrangement further exemplifies Canada’s commitment to Ukraine by identifying areas of mutual cooperation such as defence policy; defence research, development, and production; and military education. The Canada-Ukraine Defence Cooperation Arrangement is a key part of the Canadian Government`s multifaceted support for Ukrainian territorial integrity and sovereignty, security, and stability. This arrangement is focused on providing a framework for cooperation on important defence-related issues.

In the coming days, Defence Minister Poltorak will meet Members of Parliament and Senators, and tour Canadian Armed Forces facilities such as Canadian Forces Base Petawawa.

Defence deal could open the door to weapons sales to Ukraine

The Trudeau government has signed a defence co-operation agreement with Ukraine, a seemingly mundane bit of statecraft that could have far-reaching implications for the eastern European country’s bid to buy Canadian-made weapons.

The bilateral deal, signed this week by Defence Minister Harjit Sajjan and his Ukrainian counterpart Stepan Poltorak, increases mutual co-operation in the areas of defence policy, education, defence research and development, as well as production. It also opens the door for more direct Canadian military and defence industrial support for Ukraine, Poltorak said in an interview with CBC News.

Prior to the last election, the former Conservative government began examining whether to add Ukraine to Canada’s automatic firearms country control list, which would allow Canadian exporters to sell the country so-called prohibited weapons. Global Affairs Canada studied the request and conducted consultations for almost two years without coming to a conclusion.

Poltorak says his government views the new co-operation agreement as a step towards eventually getting on the list. “I do hope this agreement will serve as the foundation for the future dialogue on the possibility of this sort of assistance to Ukraine,” Poltorak said Tuesday in an interview conducted through a translator.

He emphasized the weapons his country is seeking would be defensive in nature and meant to repel attacks by Russian-backed separatists who have been using sophisticated, heavy weapons such as artillery and tanks. “We are a peaceful country,” he said.

Aside from meeting Canadian political and military officials, Poltorak met Tuesday with defence industry representatives. He also pushed his country’s case for more aid and equipment.

Canada has donated a bevy of non-lethal military equipment, totalling about $16 million, according to access to information documents obtained by CBC News. The support is in addition to the roughly 200 military trainers who are helping instruct Ukrainian army troops, many of them conscripts, in the finer points of close combat.

Overall, Canada has provided $700 million in economic and stabilization assistance to Ukraine since Russia annexed the Crimean peninsula [sic] and backed a separatist insurgency [sic] in the east of the country.

A briefing prepared for Sajjan last year says Canada has seen from Ukraine a “large volume of requests for military assistance.” The documents show there was an extended, inconclusive internal debate about providing armoured ambulances to evacuate casualties off the battlefield, something the Ukrainian government is still hoping will be coming through.

Poltorak declined to list what kind of equipment his country was seeking, but did say he pitched both Sajjan and Gen. Jonathan Vance, the chief of defence staff, on tweaking the newly extended training mission.

The proposal would not involve additional troops, but would reconfigure some of the training and perhaps sprinkle Canadians across two other training centres that are under construction. “It would mean that instructors from Canada are engaged in training our personnel in different military exercise areas and the training programs they provide could also be diversified,” said Poltorak, who did not explain what skills he believed could be added to current regime. “This is still a matter of discussion.”

But he noted separately the Canadian military has a sophisticated system of command and control over its soldiers — something the Ukrainians could adopt.

As of mid-December, the United Nations estimated the death toll in Ukrainian conflict — both civilian and military — stood at 9,758 with another 22,779 wounded in the fighting.

Murray Brewster is senior defence writer for CBC News, based in Ottawa. He has covered the Canadian military and foreign policy from Parliament Hill for over a decade. Among other assignments, he spent a total of 15 months on the ground covering the Afghan war for The Canadian Press. Prior to that, he covered defence issues and politics for CP in Nova Scotia for 11 years and was bureau chief for Standard Broadcast News in Ottawa. 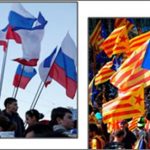 Catalonia versus Crimea: The world of difference between referendumsCrimea, Ukraine 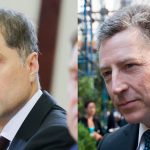