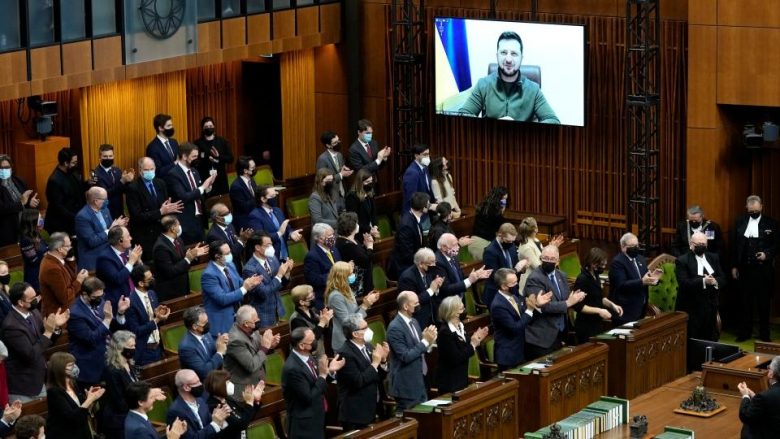 Canada’s importation of rightwing Ukrainians is a carefully-concealed historical fact, and was done explicitly to counter the earlier immigrations from the Austro-Hungarian Empire, during the interwar years, all of which were communistically-inclined and played a major role in the creation of the Canadian Communist Party. Furthermore, Canada is the only allied country that banned the Communist Party during the Second World War.

In previous articles, Thierry Meyssan has shown how the Banderites, collaborators of the worst Nazi exactions in Ukraine and Poland, came to power in Kiev, in the young independent Ukraine. He shows here that, for eighty years, Banderite immigrants have been embedded in the Canadian Liberal Party to the point of occupying the number two position in Justin Trudeau’s current government.

Out of 39 million Canadian citizens, 1.4 million are of Ukrainian origin, or 3 to 4% of the electorate. This community is very much under the control of Banderist organizations that infuse it with their racial ideology.

The first foreign fighters to arrive in Ukraine at the start of the war in February, 2022 were Canadians. The first foreign officer arrested by Russian forces on May 3 was a Canadian general. Clearly, Canada, although more than 6,000 kilometers away from Ukraine, has a hidden involvement in this conflict.

In this article, I will show that all Canadian Liberal governments have supported the Ukrainian Banderites since the beginning of the Second World War. They had it both ways during that war, fighting the Nazis, but supporting the Banderites. Worse still, the current Canadian government is composed of Liberal Prime Minister Justin Trudeau, flanked by a Banderite deputy, Chrystia Freeland.

While the CIA’s connections to the Nazis during the Cold War were not revealed until 1975 with the Pike, Church and Rockfeller Congressional Commissions, and only ended with President Jimmy Carter, the Canadian Liberal Party’s ties to the Nazis continue. Canada is the only country in the world, outside of the Ukraine, to have a Banderite minister, and what’s more, she is the number two in its government. 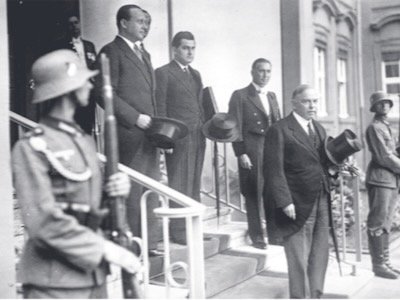 The Liberal Party of the Kingdom of Canada was not created to promote individualism against conservative ideas, but against the Republican idea [1].

During the Second World War, Prime Minister William King was well liked by his fellow citizens, but he was booed by his soldiers when he visited them in Europe. The Liberal Party always held anti-Russian positions, presenting them as anti-Soviet until 1991, and always interpreted Christianity as opposed to Judaism.

Also, at the end of the Second World War, Canada was the main refuge for Lyon Mackenzie (35,000 immigrants) and Baltic Nazis. Among them were Volodymyr Kubijovyč and “Michael Chomiak” whose real name was Mykhailo Khomiak, the editors of the main Nazi newspaper in Central Europe, Krakivs’ki Visti. 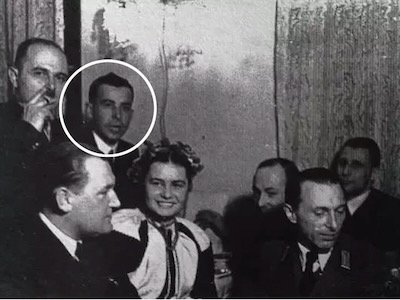 Chomiak, who worked under the direct control of the Nazi Minister of Propaganda, Joseph Goebbels, never denied his collaborationist past. On the contrary, he always militated for the OUN(B). It is in this spirit that he raised his granddaughter, Chrystia Freeland, the current Deputy Prime Minister of Canada. Far from condemning the crimes of the Banderites, she began her career as a journalist, at the age of 18, working for Kubijovyč’s Encyclopedia of Ukraine (now available on the Internet). Then she worked for The Ukrainian News, the newspaper of the Canadian Banderites, and The Ukrainian Weekly, the newspaper of the American Banderites linked to the ABN and the CIA. She traveled to the Soviet Union at the end of that country. The Soviet authorities questioned the Canadian government for its support of the Banderites and forbade her to return. However, after the dissolution of the USSR, she became the Moscow bureau chief of The Financial Times. Then she became deputy editor of The Globe and Mailand editor-in-chief of Thomson Reuters Digital. 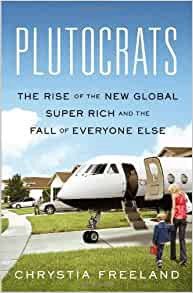 In her articles and books, Sale of the Century: Russia’s Wild Ride from Communism to Capitalism [2] and Plutocrats: The Rise of the New Global Super-Rich and the Fall of Everyone Else [3], Chrystia Freeland develops two theses dear to her grandfather. She criticizes the ultra-rich by choosing almost exclusively Jewish examples. She denounces at every turn the USSR, and then Russia.

It should be remembered that fascism was a response to the economic crisis of 1929, proposing a nationalist class alliance by corporation. The nazis and Banderites added a terrible racial dimension. By targeting the super-rich, Chrystia Freeland rightly addresses the main problem of today. Today, only finance is profitable, while production is in crisis. However, she insidiously drifts towards a racial reading by noting that Jews are more numerous among the super-rich than in the population and by suggesting that this correlation is significant.

In 1991, Polish-Ukrainian Liberal MP Borys Wrzesnewskyj intervened to make Canada the first country in the world to recognize Ukrainian independence. With his family fortune (Future Bakery), he created a service to distribute news from Ukraine to every member of parliament. He financed the archiving by Volodymyr Kubijovyč and “Michael Chomiak” of documents on Ukrainian nationalists during the Second World War. It must be admitted that the Encyclopedia of Ukraine is not a scientific work, but a rehabilitation of the Banderites and a falsification of history. Because of his family ties, Borys Wrzesnewskyj introduced the future Ukrainian president Viktor Yushchenko to Canada.

In 1994, Liberal Prime Minister Jean Chrétien negotiated a Treaty of Friendship and Cooperation with Ukraine, and in 1996 he asked for NATO membership.

In January 2004, Canada, under Liberal Prime Minister Paul Martin, participated in Washington’s preparation of the “Orange Revolution”. The Canadian ambassador in Kiev, Andrew Robinson, organized meetings of his colleagues from 28 countries to bring Viktor Yushchenko to power. The aim was to break the policy of President Kuchma, who had accepted Russian gas instead of favoring the US search for oil in the Caspian Sea [4].

The Canadian ambassador financed the survey of the Ukrainian Center for Economic and Political Studies Oleksandr Razumkov, according to which the presidential election was rigged, and he also provided 30,000 dollars to the Pora! (“It is time!”) association of NATO strategist Gene Sharp [5].

On the basis of the Razumkov poll alone, Pora! organized demonstrations, the election was cancelled and another one called. Canada spent $3 million to send 500 election observers. The second election brought Viktor Yushchenko to power. Yushchenko put together his team, choosing Vladislav Kaskiv (George Soros employee and leader of Pora!) as his special adviser and Anatoliy Gritsenko (U.S.-trained military officer and president of the Razumko Centre) as Minister of Defence.

Liberal MP Borys Wrzesnewskyj, was particularly active during the Orange Revolution; his sister, Ruslana, being very close to Mrs. Yushchenko, Katerina Chumachenko. He invested 250,000 Canadian dollars to support the movement and used his apartment in the center of Kiev to coordinate the demonstrations between the two elections. Pora! processions chanted “Ca-na-da!” and flew the maple leaf flag.

Chrystia Freeland began her political career in 2013 with the Liberal Party. She was elected Member of Parliament for Toronto. In 2014, she supported the “Revolution of Dignity” in Kiev (i.e. the Banderites’ coup), of which she met the main actors. She denounced the independence of Crimea and met Mustafa Dzhemilev, the famous US spy during the Cold War and leader of the Tatars. Eventually, President Vladimir Putin banned her from entering Russia. 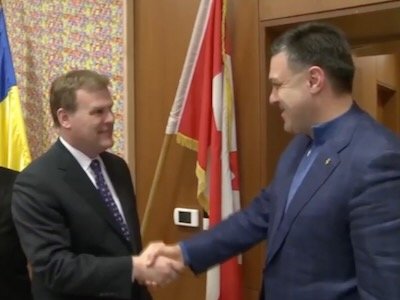 John Baird came to bring Canada’s support to the leader of the neo-Nazi party Slovoda.

In 2014, Conservative Foreign Minister John Baird visited Maidan Square and met with the main leaders of the protest. Canadian Television considered that he was thus giving an argument to President Putin’s version that this revolution is only a Western manipulation.

The embassy’s spokeswoman, Inna Tsarkova, was one of the leaders of the AutoMaidan movement. The embassy, located next to Maidan Square, was a refuge for the protesters who camped in its hall for a week. The neo-Nazi group C14 [6] took refuge there on February 18 during the massacre.

When Malaysia Airlines Flight 17 was shot down over Ukraine on July 17, 2014, the Montreal-based International Civil Aviation Organization (ICAO) sent four inspectors to the crash site. Even before the investigation began, Chrystia Freeland began an international campaign to denounce Russia. She would later use her ministerial status to throw as much fuel on the fire as possible.

After the overthrow of President Viktor Yanukovych and the rise to power of the Banderites, Canada created Operation UNIFIER (Canadian Armed Forces Joint Task Force-Ukraine). The aim was to train the Ukrainian military and develop their military police. The operation was conducted under the orders of London and Washington. It included the sending of 200 instructors and non-lethal equipment. It ended on February 13, 2022, just before the Russian operation, so as not to place Canada in a war situation.

In 8 years, Canada has given nearly $900 million in aid to Ukraine. 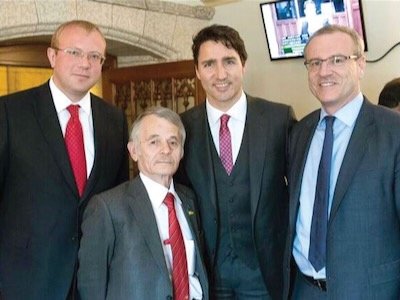 In 2016, Liberal Prime Minister Justin Trudeau received with honors Mustafa Dzhemilev, whom his deputy Chrystia Freeland had already met. He had become, in August 2015, the emir of an international Muslim Brigade, co-financed by Ukraine and Turkey to retake Crimea [7]. 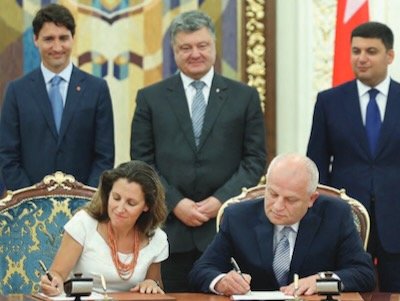 In 2016, Liberal Prime Minister Justin Trudeau received with honors Mustafa Dzhemilev, whom his deputy Chrystia Freeland had already met. He had become, in August 2015, the emir of an international Muslim Brigade, co-financed by Ukraine and Turkey to retake Crimea [7].
At the same time, Chrystia Freeland negotiated the Canada-Ukraine Free Trade Agreement. 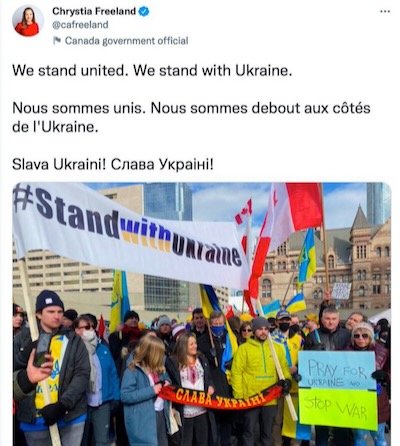 When in 2017, the site Russia Insider revealed the criminal past of her grandfather and his still close ties with the Banderites, she denied the facts and denounced Russian “propaganda”. However, on February 27, she appeared with a group of OUN(B) Banderites at a demonstration against Russian aggression. The photo, which she posted herself, was quickly removed from her Twitter account. 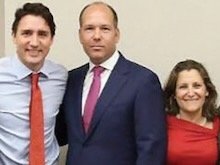 On March 2, Justin Trudeau, who believes in the United States, had some 20 countries sign a declaration denouncing Russian disinformation [8]. The aim is to prevent the dissemination of information about Ukrainian and Canadian Banderites.

On March 10, Canada managed to get some thirty countries to sign a second, very Orwellian declaration, welcoming – in the name of press freedom – the censorship in the West of Russia Today and the Sputnik agency, two Russian public media organizations.

Since the Banderites regime came to power in Kiev, Canada has sanctioned more than 900 Russian and Ukrainian opposition figures and companies. It has added to this list people close to the Russian president and members of their families.

In spite of its declarations of principle in favour of the equality in right of all men, Canada supports without reserve the Banderites, heralds of the racial superiority of the Ukrainians over the Russians. 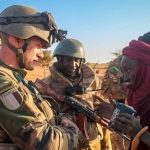 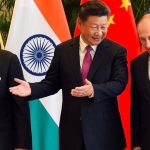