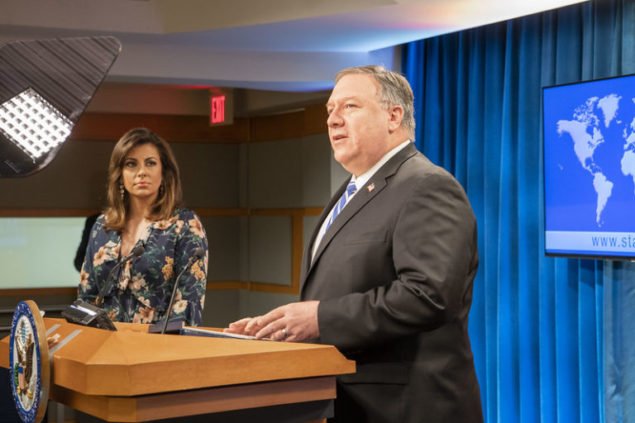 Pictured: Secretary of State Michael R. Pompeo at the Department of State in D.C., on May 6. (State Department Photo / Freddie Everett)

“Pompeo doesn’t act like a statesman, so we shouldn’t pretend that he is one,” writes Shackelford, a former U.S. diplomat who resigned in protest of the administration. “He is a dangerous man wielding tremendous power, and he has proven repeatedly that he does not have American interests at heart.”

As a former Foreign Service officer, it behooves me to bestow upon our country’s lead diplomat all the respect he is due. I can confidently say, Secretary of State Pompeo is due none.

While many of the bunglings of Rex Tillerson, his predecessor, can generously be attributed to a narrow corporate view of the world and lack of influence in the White House, Pompeo’s tenure has been nothing short of nefarious.

For his willingness to champion this administration’s “Me First” dirty work, Pompeo was the beneficiary of yet another Friday night corrupt move, executed under cover of the COVID news cycle.

In a late-night letter, President Trump provided the requisite 30-day notice of the removal of Steve Linick, the State Department’s inspector general. This makes the fourth inspector general removed in only a matter of weeks. If it is allowed to stand, this won’t be the last.

Pompeo has committed a slew of offenses that should have been his undoing—but I’d plea bargain for his ouster over using State Department staff to run family errands. The investigation into his misuse of resources was the first one revealed upon Linick’s removal, but the bigger news was a probe into Pompeo’s approval of arms sales to Saudi Arabia over the objection of Congress last year. 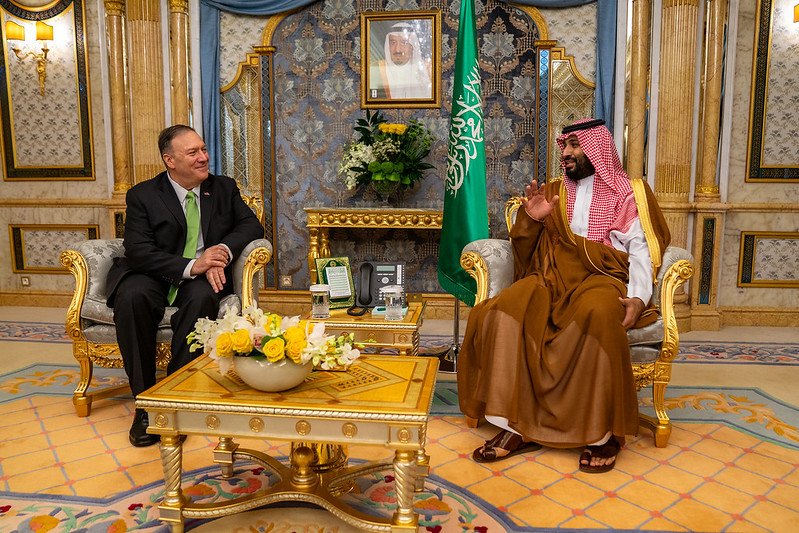 Notably, Pompeo’s offenses are equal opportunity—occurring on both the personal and policy level. Though this shouldn’t be a surprise: Corruption is as corruption does.

Pompeo doesn’t act like a statesman, so we shouldn’t pretend that he is one. He is a dangerous man wielding tremendous power, and he has proven repeatedly that he does not have American interests at heart. The arms deal is no doubt the graver offense of these two, but it is the attempted cover-up that presents the opportunity for a reckoning.

Pompeo has a long list of greatest hits in undermining our national interest.

As our chief liaison to the rest of the world, Pompeo should be leading the coordination of a global response to this pandemic—but instead he is the global leader of a debunked and distracting conspiracy theory.

As the leader of the State Department during this global health crisis, Pompeo should have been championing and facilitating a massive, global effort to bring American citizens safely home, while ensuring the department’s staff have clear guidance and protocols to keep themselves safe too.

Instead, following Trump’s cue, Pompeo downplayed the threat of the virus to American citizens and State personnel alike, and obscured reports of positive cases and deaths among Department staff—waiting two months to set up a centralized task force to address global evacuations.

In the interim, bureaus and missions were left much like U.S. states, bearing great responsibility to care for their own as best they could without adequate authority or resources to do so.

Pompeo’s international focus has been on assigning blame, not seeking resolution. He has led the attacks on the WHO and China, undermining recovery efforts without offering assistance to address real shortcomings. The United States was entirely absent from the May 4 virtual summit of world leaders to combine forces in search of a vaccine and treatment. But if friends and allies are upset, no matter.

Pompeo performs for a domestic political audience alone. Rather than join international efforts, Trump’s various lackeys lie in wait, hoping to steal and hoard for themselves any scientific or medical progress.

Trump’s base sees this as strong—glossing over the fact that any spoils of such theft would doubtless go to family and wealthy political supporters. Would vaccines make it to the heartland of Trump’s voters? Likely in a campaign rally scene.

Peddling in baseless conspiracy theories, fear and lies is not new to the Secretary. This was his modus operandi in Congress before, too—but his track record was glossed over by pundits and policy watchers hoping he might prove a relatively experienced adult in the room.

Don’t be fooled by his West Point credentials though—Pompeo has been calculating every step of the way. Part political animal, part true believer, Pompeo’s ultimate goal is power and the promotion of his “higher cause.” But that higher cause does not comport with American values of equality, religious freedom, separation of church and state, freedom of the press and democracy itself.

Led by the Bible, not the Constitution, Pompeo’s conservative religious beliefs are ever present in his policy work and have inhibited the State Department’s human rights efforts on behalf of women, LGBTQ communities and non-Christian religious minorities.

He has unapologetically sidelined the State Department’s human rights bureau, ignoring the expertise, resources and framework almost entirely, relying instead on a new “Commission on Unalienable Rights” to push his narrow, xenophobic views and undermine the internationally recognized framework of human rights. 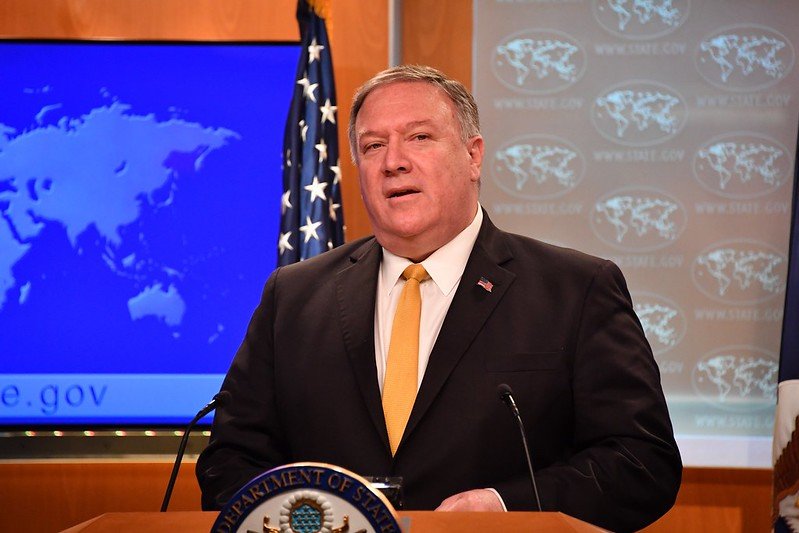 Pompeo created the Commission on Unalienable Rights in July 2019. The commission is cause for alarm when it comes to protecting the rights of vulnerable communities. (State Department / Michael Gross)

In his view, freedom of religion applies exclusively to Christianity, and other rights only apply to the extent they align with his version of Christian norms.

Pompeo is a true believer—of that I have no doubt—but the version of Christianity he hopes to impose on the nation is not the “meek inherit the earth” kind. His has drawn him to leadership in the racist army of a false prophet in pursuit of permanent minority rule. He tells himself it’s fine to act corruptly, lie and steal, as long as it supports the ultimate goals of Trump cabal: a return to unapologetic white, male domination with power and wealth concentrated in the hands of a few.

His beliefs, combined with his position, endanger not only our standing in the world and the values this nation was founded on—but they endanger the rights of Americans here at home too.

Pompeo has now given Congress an opportunity to hold him and this administration to account. Linick’s office was pursuing multiple allegations against Pompeo because Pompeo’s abuses are all part of a grand pattern of bad acts.

The Democrats must not be shy about pursuing oversight and accountability, and the Republicans must be shamed for their obstruction. This moment is what oversight was created for, and we’re rapidly running out of opportunities to wield it.

Elizabeth Shackelford was a U.S. diplomat until December 2017 when she resigned in protest of the administration. She served in Somalia, South Sudan, Poland, and Washington, DC. Elizabeth is a fellow with the Quincy Institute for Responsible Statecraft and author of The Dissent Channel: American Diplomacy in a Dishonest Age, published May 12 by PublicAffairs. 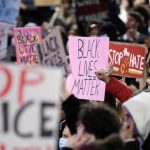 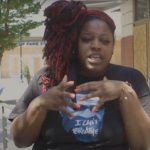 Kimberly Jones: how can you win?Racism, USA, White supremacy