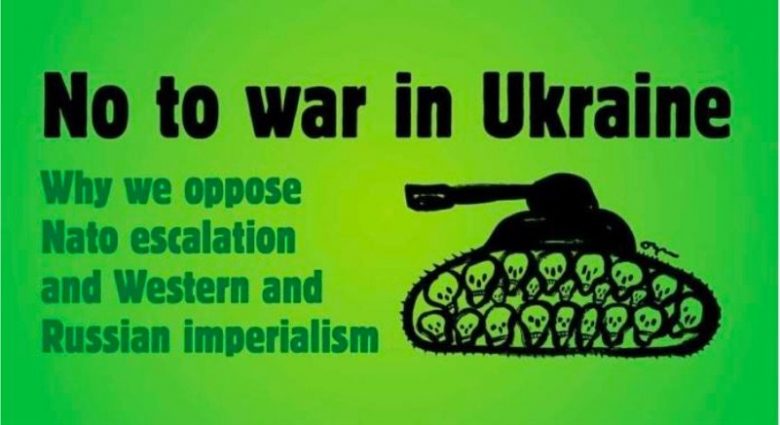 On May 11, the online news journal Mediapart in France interviewed Olivier Besancenot following his recent return from a fact-finding mission to Ukraine. The interview was translated into English and published in a French Trotskyist journalthat publishes in English and French.
__________________________

On May 11, the online news journal Mediapart in France interviewed Olivier Besancenot following his recent return from a fact-finding mission to Ukraine. The interview was translated into English and published in a French Trotskyist journalthat publishes in English and French. 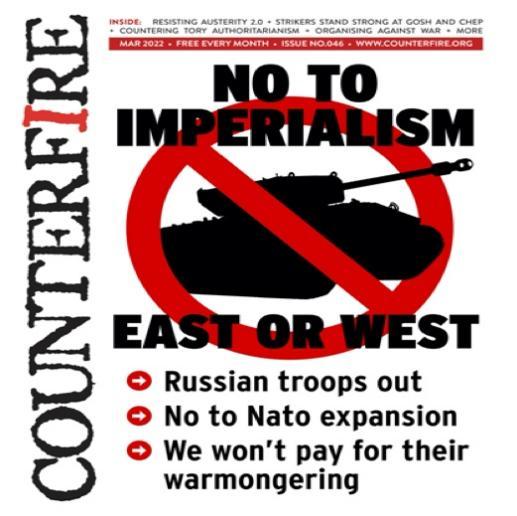 The interview with Besancenot illustrates well the views of “NATO socialists,” that is, the leftists in Western countries who demand that Russia renounce its six conditions for peace in Ukraine and withdraw its military forces from the country. Here are excerpts from the interview. Comments in square brackets [ ] are by this writer:

The interview with Besancenot is peppered with his usage of the throwaway term “Russian imperialism” to describe present-day Russia. NATO socialists use this term as an epithet, without the slightest scientific reference.

Quite possibly the most ‘developed’ description of ‘Russian imperialism’ by a NATO socialist writer to appear in print is contained in one paragraph of an April 29 commentary by European writer Murray Smith [not to be confused with Professor Murray Smith at Brock University in Canada], published in the same Trotskyist journal as the interview with Besancenot [see ‘correction’ in Note 1 below].

Smith writes: “It is also necessary to better define the contours of Russian imperialism. Overall, in the former USSR and Eastern Europe, but also in Syria, geopolitical and strategic considerations predominate. But there is more. In Ukraine, for example, it is also about getting their [?] hands on rich agricultural land and industrial centres like Kharkiv. Elsewhere, economic interests take precedence. Russia is present in about three quarters of African countries. In a dozen of them the mercenaries of the Wagner group, whom we now see in Ukraine, watch over its interests.” [end citation]

The false claims of a “Russian imperialism” were refuted in a lengthy essay which I co-authored on February 29, 2016: “The myth of ‘Russian imperialism’: In defense of Lenin’s analyses.” There has never been a review or critique of that essay. Six years later, there is little that is needed to add to the essay to keep it current.

Of note in the interview with Olivier Besancenot and in the commentary by Murray Smith are their dismissals of the deadly threat by NATO to the people and government of Russia.

Smith asks rhetorically, “Where is the encirclement of Russia by NATO?” His answer: “It consists in the West of three small countries with a total population of 6-7 million (the Baltic states) plus Poland, and, further away, countries which have common borders with Ukraine.”

NATO socialists dismiss or ignore altogether the concerns of Russia over the expansionism, militarism and sanctions of the NATO alliance. Remarkably, these concerns by Russia were most recently detailed and published by Russia’s Ministry of Foreign Affairs for the whole world to see in December 2021 in the form of a draft treaty with the U.S. that would curb NATO’s anti-Russia threats and expansion. You can read that text here on the ministry’s website. 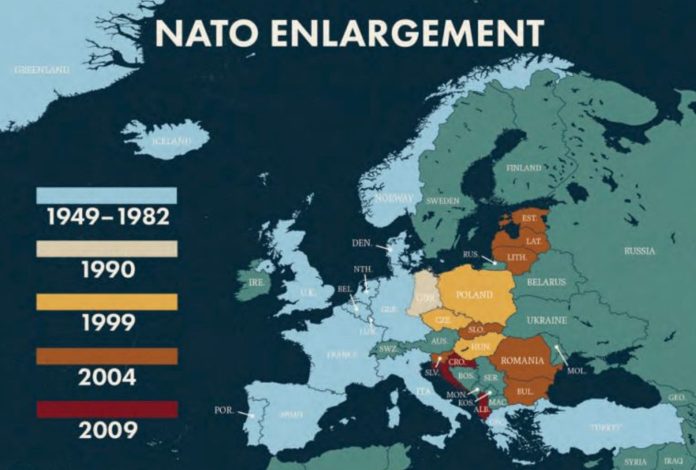 In reality, Russian diplomatic efforts to push back against NATO’s aggression—and NATO’s use of Ukraine for its aggression—have gone on for several decades. Russia’s most sustained diplomatic push began in 2015 through efforts to have Ukraine and the NATO countries of Europe respect and implement the “Minsk 2” ceasefire agreement in 2015 of that year (text of Minsk 2 here).

Although the agreement was endorsed by no less than the UN Security Council on February 17, 2015 (with no veto by any permanent member), three of the five permanent members of that body—the U.S., France and Britain—have encouraged Ukraine in its sabotage of any negotiations. France and Germany, together with Russia, signed on as ‘guarantors’ of Minsk 2, but their support turned out to be feigned, as the Russian government has patiently explained. 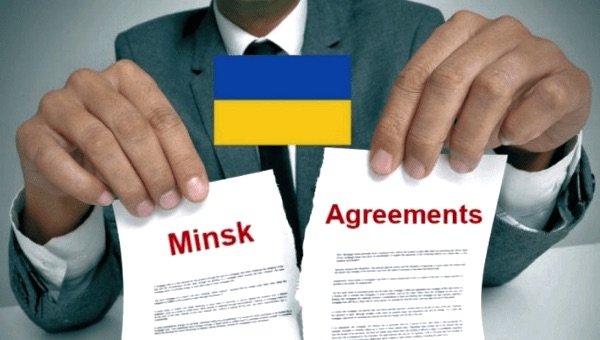 Socialist Alternative in U.S. not much of an “alternative” when it comes to imperialist war

Another current of NATO socialism that throws around the epithet “Russian imperialism” is Socialist Alternative in the U.S. Its most well-known leader is Seattle city councilwoman Kshama Sawant. 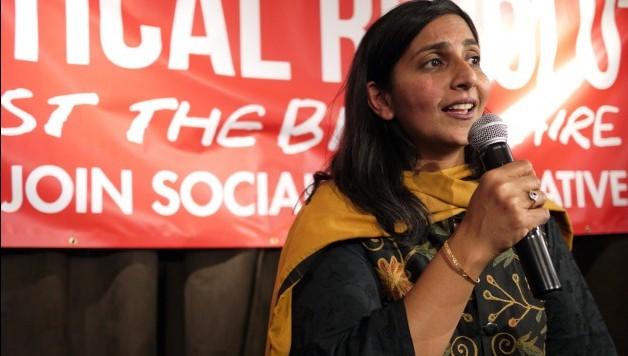 Kshama Sawant [Source: socialistalternative.org]
A commentary published by the group on April 4, 2022, describes the 2014 coup in Ukraine as a “mass protest,” not the violent, murderous event that it was.

The commentary says, “After first trying to violently suppress the movement, [then-Ukraine president] Yanukovitch eventually fled.” This phrasing of a “violent suppression” suggests a deference to the NATO and Western media cover-up of the Sniper Massacre that occurred in central Kyiv on February 20, 2014.

That day, as documented extensively by Ottawa researcher Ivan Katchanovski, neo-Nazi paramilitaries sowed extreme chaos and created the ultimate pretext for the coup by firing indiscriminately from hotel rooms overlooking the pro-Europe, anti-Russia protest encampment on Maidan Square. The right-wing snipers killed nearly 50 protesters and dozens of police of the then-government.

[Source: jordanrussiacenter.org]
The Ukraine and NATO-member governments and media immediately blamed the massacre on the overthrown president, Victor Yanukovych. That accusation has stuck thanks to the propaganda efforts of those same governments and Western media and the echoing of the accusation by many NATO socialists.

As with most other Trotskyists and other Western leftists, the Socialist Alternative commentary makes no reference whatsoever to the war by Ukraine, supported by NATO, against the people of Donbas, beginning in 2014, and no mention of Minsk 2.

A new analysis published by the group on May 19 declares, “We completely oppose the invasion and occupation of Ukraine by the Russian army, and fully support the right of self-determination for Ukraine… We support neither the strengthening of Russian or western imperialism…”

Opposition to war and militarism was once a central tenet of socialist theory and practice. Reaffirmation of this symbiotic unity is vital for socialists and anti-imperialists in today’s world.

[1] Correction: The initial version of this article incorrectly identified Professor Murray Smith of Brock University in Canada as the author of an April 29 article, as cited above. We apologize to Professor Smith for this error. 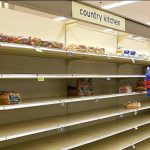 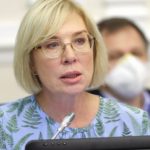