Note by New Cold War.org editors: This news report is excerpted. The full report contains innuendos and misrepresentations of Valentina Lisistsa’s views as expressed by her on Twitter and Facebook. For the full CBC report, go to the weblink above. Note the CBC report saying, “Lisitsa, who is of Russian descent but [sic] born in the Ukraine…”

Heather Slater, a spokesperson for the Calgary Symphony Orchestra, says it will not cancel shows on June 5 and 6 by piano virtuoso Valentina Lisitsa, despite the “obscene” comments about Ukrainians and other ethnic groups on Twitter. 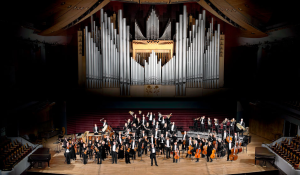 The director of artistic planning with the CPO told CBC Calgary afternoon radio program The Homestretch on Wednesday [April 8] that it had reviewed the comments on social media and decided not to take a position on “someone’s political views.”

“We decided it was the best choice to continue.”

Lisitsa, who is of Russian descent but [sic] born in the Ukraine, is scheduled to play with the CPO in June. But Calgary’s Ukrainian community is questioning that decision after Lisitsa was dropped by the Toronto Symphony Orchestra after “hateful comments” about Ukrainians posted on Twitter… 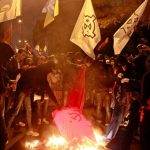