In a recent article for Polish online newspaper Na Temat, columnist Michal Gasior explained why the idea of Poland and Poles standing firmly behind Ukraine in its time of crisis is actually just a myth. “Listening to media reports and to the statements of politicians, it seems as if the whole of Poland is behind the Ukrainians in their conflict, supporting our country’s involvement in the matter,” Gasior began. The reality, he added, is that “nothing could be further from the truth.” 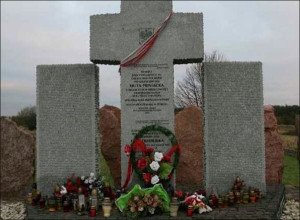 The truth, according to the journalist, is that “almost half of Poles think that we are [already] engaged too much, with an equal number against the idea of supporting our neighbor even politically.”

Gasior noted that “over the past several weeks, the big topic of discussion in Polish politics has become the conflict in Ukraine.” This is occurring, in the journalist’s view, because newly-elected President Andrzej Duda has come out publically demanding the revision of the Normandy Format for negotiations on the conflict in Ukraine to include Poland.

The journalist explained that “Duda’s proposal has unleashed a political firestorm, with commentators complaining that Duda is using the issue of involvement in the peace negotiations” as an election campaign strategy. Duda, who ran as the candidate for the opposition Law and Justice Party in presidential elections this May, is now said to be openly stumping for his party ahead of the parliamentary elections which are scheduled for October. 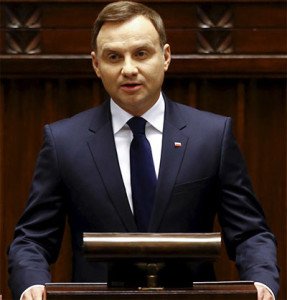 Polish Foreign Minister Grzegorz Schetyna slammed President Andrzej Duda on Tuesday over a proposal to change the format of talks on the resolution of the crisis in Ukraine, calling the remarks unfortunate and awkward, and emphasizing that foreign policy is the domain of the Polish government, and not just that the president.

Gasior pointed out that the proposal on expanding Poland’s role in the crisis negotiations “is coming not only from opposition politicians”, recalling the Civic Platform Party-aligned Foreign Minister Grzegorz Schetyna’s conflict with Duda over the issue. Schetyna had called Duda’s proposal “unfortunate and awkward,” adding that the Foreign Ministry’s position is to leave the Normandy Format as is.

“Except Schetyna, too, had said only a few months ago that what is happening on our eastern border must be discussed and resolved with Poland’s participation,” the journalist noted. In Gasior’s words, the fact that politicians from both major right-of-center parties have now called for greater Polish involvement in the Ukraine conflict “confirms that [the issue] has turned into almost a dogma in our country.”

Using the results of recent opinion polling on Poles’ support for Ukraine, Gasior explained that the idea that the majority of Poles actively support their country’s involvement in Ukraine is actually a myth. “Such conclusions are a gross over-simplification, if not an outright falsehood. This fact has been confirmed by opinion polling taken since the outbreak of war in Ukraine. They show very different margins between the sympathizers and skeptics on the Ukraine issue.”

The journalist pointed to opinion polling taken this past February, where barely 22 per cent of Poles supported the idea of arms sales to Ukraine, with “65 per cent of respondents saying it was a bad idea.”

The journalist then recalled national polling taken last September, where 46 per cent of respondents felt that their country was already “too actively engaged in Ukraine.” The columnist also pointed to a more thorough study conducted last year by the Institute of Public Opinion Research, which found that over 45 per cent of respondents had said “that Poland should not support Ukraine even politically.”

The journalist concluded from these figures that while “Poles are interested in the events in Ukraine, [with] most of them also supporting and sympathizing with its pro-Western aspirations…this does not change the fact that half of the population has made clear that ‘all of this should happen without our involvement.'”

The history and ethnic stereotypes behind the problem

Gasior explained that there are several reasons for Poles’ hesitation in assisting Ukraine and for their unsympathetic attitudes toward the country in general.

“Dominating, of course, is the fear of confrontation with Russia. Engagement, even politically, is looked upon as tempting fate and placing Poland under the threat of war, which lurks just over the border,” the journalist noted.

“But that’s not the only reason,” he continued. “The reluctance for ‘interfering’ in the affairs of our neighbor also stems, at least in part, from Poles’ general dislike of Ukrainians. The results of a comprehensive 2012 study by the Center for Public Opinion Research (CBOS) are telling, finding that next to the Russians, Ukrainians are the least well-liked” country among Poland’s neighbors, with 32 per cent of Poles having unsympathetic feelings toward their eastern neighbors.

“Now, probably in connection with the war, antipathy toward them has probably weakened slightly, but we can still say that almost every third Pole dislikes Ukrainians,” the journalist noted.

Writing on the issue of Polish anti-Ukrainian attitudes several times over the past few years, Gasior explained that the antipathy has many reasons. These include historical bad blood, chief among them the fascist Ukrainian Insurgent Army’s massacre of between 55,000 and 120,000 Poles, mostly women and children, in regions of western Ukraine formerly belonging to Poland.

“Moreover,” the journalist explained, “the CBOS study confirmed that it’s also a matter of general perceptions of ‘the East’ as a poor and more backward region. Some time ago, a friend of mine told me that Ukraine fits the stereotype of a kind of ‘Mexico of Europe’, — a nation of “poverty, prostitutes, cleaners and mafia” .

In an article on the subject in 2013, Gasior noted that the ‘legacy of communism’ and issues of bad governance and corruption also made the list of reasons for Poles’ anti-Ukrainian attitudes. And while the post-Maidan authorities’ obsessive ‘de-communization’ efforts may have written off ‘communism’ as a reason to hate Ukrainians, Kiev officials’ increasingly loud praise for fascist collaborators who murdered so many Poles during the Second World War makes it unclear whether popular attitudes will undergo any meaningful positive changes in the near future. 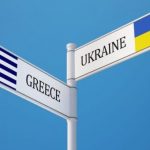 Debt owed: Ukraine not out of the woods yetDigest, Ukraine