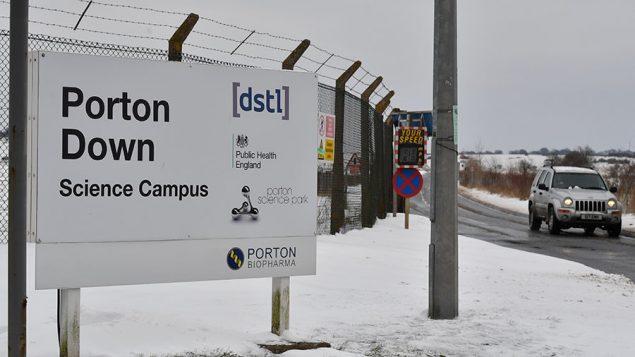 The Defence Science and Technology Laboratory (DSTL) at Porton Down, the principal chemical warfare testing unit of the British Ministry of Defence, has acknowledged it was producing and testing the organophosphate nerve agent Novichok from 2014.

The Defence Science and Technology Laboratory (DSTL) at Porton Down, the principal chemical warfare testing unit of the British Ministry of Defence, has acknowledged it was producing and testing the organophosphate nerve agent Novichok from 2014.

This is four years before Sergei Skripal, the retired double agent for the UK’s Secret Intelligence Service (MI6), and his daughter Yulia, were incapacitated by a nerve agent in Salisbury on March 4, 2018. The British Government has called that nerve agent Novichok. According to the British Prime Minister, Theresa May, speaking to the House of Commons on March 12, 2018, “it is now clear that Mr Skripal and his daughter were poisoned with a military-grade nerve agent of a type developed by Russia. This is part of a group of nerve agents known as ‘Novichok’…the Government has concluded that it is highly likely that Russia was responsible for the act against Sergei and Yulia Skripal.”

The admission of British Government testing of Novichok since 2014 came from DSTL in a letter of last week, dated March 11, 2020. This was the laboratory’s reply to a Freedom of Information Act (2000) request for details of testing of organophosphate chemicals on monkeys.  The reply said the testing programme between 2014 and 2019 was a “Home Office project”. Its purpose was “development of medical countermeasures for nerve agent exposure”. Regarding the testing of Novichok on monkeys in this period, DSTL said “no other organophosphate compounds have been tested.”

The admission appears to contradict the official narrative of the British Government that Novichok was produced in Russia and brought to the UK by Russian military intelligent agents on a mission to kill Sergei Skripal. The Defence Ministry, through DSTL, appears now to be  admitting  its own secret chemical warfare operation in breach of the international Chemical Weapons Convention.   In consequence, this would have been of particular interest to Russian and many other military intelligence agencies.

In Salisbury, which is close to Porton Down and to the headquarters of the British military’s chemical warfare command centre, Skripal had been living among British intelligence officers and Wiltshire police since mid-2010; this followed his release from a Russian prison in a spy exchange. He was subjected to an unusually lengthy period of testing by British security agents to determine whether he was a triple agent still loyal to GRU, the Russian military intelligence agency he had been convicted in Moscow for betraying. If Skripal subsequently obtained information about the top-secret Novichok programme at Porton Down, he may have been judged by the British counter-intelligence service MI5 to represent a serious threat of disclosure.

The first official disclosures of the Porton Down experiments with Novichok were reported after US Defence Department agencies were revealed to be paying for them; read that story here. The initial reply from Porton Down to a UK Freedom of Information Act (FOIA) request for the monkey number was published in that  report. The FOIA request was dated January 23, 2020; the DSTL reply, February 18. The number of monkeys is the key to identifying the organophosphate nerve agent programme at Porton Down.  The initial question asked was: ““what primates are used in the testing, how many, and which nerve agents specifically are being used?”

The DSTL reply requested “further information in order to determine whether it holds any information in scope of your request. Please clarify what you mean by ‘the testing’.”

The next day on February 19, the question was reworded; the answer followed from Porton Down on March 11:

DSTL replied that “during the 5 year period, 2014-2019, a total of 41 non-human primates were used in scientific procedures on the Home Office project licence that includes protocols for development of medical countermeasures for nerve agent exposure. Please note that no other organophosphate compounds have been tested.”

The identification of the forty-one monkeys confirms the organophosphate nerve agent testing programme began in 2014.  The next sentence is also revealing. The FOIA request began by asking “which nerve agents specifically” were tested. The revised question asked “how many primates were tested with exposure to organophosphate chemicals.” The requester did not expressly mention Novichok.

Publication of results of the FOIA requests to Porton Down began on February 26 here. Widespread publicity for the new book, Skripal in Prison, followed in the run-up to March 4, the second anniversary of the Skripal case. Read the book here.

On March 4, Russian state television Channel One broadcast a special news report throughout the day, highlighting the book with interviews; watch that here.

The Vremya broadcast of Channel One is the Russian news programme most widely watched by Russians and closely monitored by the British intelligence services.  Left image: London correspondent Timur Siraziev outside Skripal’s house in Salisbury. Right: John Helmer, with a copy of the book on his desk and one of DSTL’s anwers to an earlier FOIA request in his hands.  Source: https://www.1tv.ru/news/

When the Defence Ministry and DSTL were vetting their draft reply to the monkey question, they believed the request referred to Novichok, although the request didn’t say so.  But the reply was specific. “Please note that no other [sic] organophosphate compounds have been tested”.  Sic marks the spot.

Implied is a preceding sentence which had been edited out of the final document before dispatch. In that,  it appears DSTL admitted that the nerve agents tested on the monkeys included Novichok type or Novichok class agents – phrases which were used in testimony by Porton Down officials testifying (on oath) in a London court hearing on March 20-22, 2018; the ruling had been applied for by the Home Office to allow blood sampling from the Skripals by the Organisation for the Prohibition of Chemical Weapons (OPCW).

Excerpt of the judgement by Justice David Williams, March 22, 2018

The new admission by DSTL flatly contradicts Gary Aitkenhead, the chief executive of DSTL, in a statement he gave the London press on April 4. “There’s no way that anything like that would ever have come from us or leave the four walls of our facilities,” Aitkenhead had said. He was lying; DSTL’s new letter proves it.

David Ridley, the Wiltshire county coroner conducting an inquest into the death of Dawn Sturgess, allegedly from Novichok poisoning on June 30, 2018, claimed in a ruling issued on December 20, 2019: “the use of a prohibited chemical weapon nerve agent, Novichok, was unprecedented anywhere in the world”. The DSTL documents demonstrate this to be false.

A leading British chemist specializing in organophosphates comments on the new DSTL disclosure. “Grammatically, it might be construed that only Novichok agents were used in the animal experiments. ‘No other organophosphate compounds have been tested’ means ‘only Novichok has been tested.’ Were they just sloppy when it comes to the English language – but  why state the sentence at all? A denial that was not needed, which resulted in a revelation.”

The Porton Down letter concluded by saying that its “life-saving research, which benefits British troops and civilians, could not be conducted without the use of animals”. On the other hand, the laboratory said, “DSTL is committed to reducing the number of animal experiments and is proactive in developing alternatives.”

There is no telling whether Sergei Skripal volunteered for testing as a human alternative because the British Government has been holding him in isolation and incommunicado since June 26, 2019, without a court order and without a recorded conviction for espionage against the UK. 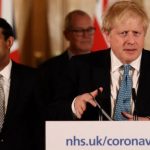 Scientists have been sounding the alarm on coronavirus for months. Why did Britain fail to act?Britain, COVID-19 Corona virus, Issues 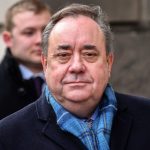