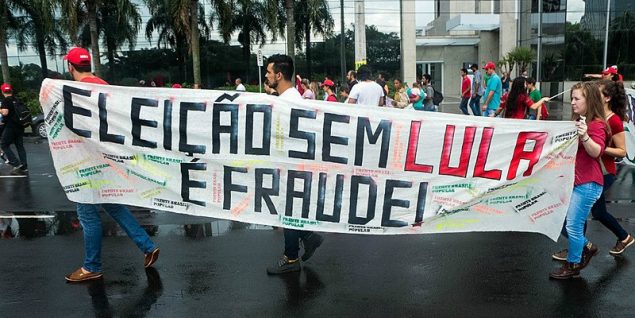 Election without Lula is fraud

New revelations from Brazil: Whistleblower-leaked records show the anti-corruption crusade, called Car Wash or Lava Jato, that put popular ex-president Lula da Silva in prison and paved the way for fascist president Jair Bolsanaro—all while being celebrated in the US corporate press—was actually, as critics contended, less interested in corruption than in keeping Lula’s Workers Party out of power. It’s a story about what investigative journalism can reveal…and about how elite media can try and cover it right back up. Journalist Brian Mier has lived in Brazil for more than 20 years. He’s co-editor at Brasil Wire and author of the new book Year of Lead: Washington, Wall Street and the New Imperialism in Brazil.