By Boris Kagarlitsky, published on his author page on ZNet, June 27, 2016

No one believed in this victory. Even most of those who led the campaign for Britain’s withdrawal from the European Union did not expect that on the morning of June 24, 2016, it would be announced that the majority  voted in favor of a break with the Brussels bureaucracy and the policies pursued during the last quarter of century. 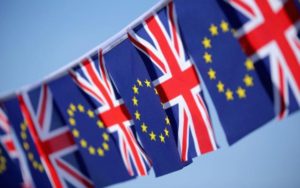 The British decision to withdraw has sent ripples across the continent. Elites are in a state of confusion, markets are in a panic. The Euro, pound, and oil depreciated sharply, bullish speculators were blown off their feet. The Greeks feel avenged for the way they were treated by the EU. People in neighboring countries discuss the possibility of repeating the British experience. Mass consciousness is at a turning point: what seemed unthinkable, definitively excluded from the sphere of the possible, has now become a reality.

EU opponents won in spite of the fact that the ruling elites unanimously voted to preserve the existing order. Scottish nationalists, Irish Republicans, and even the Labour Party sided with the ruling Tories, arguing that in the event of a wrong vote the country would face a catastrophe. The mainstream media, almost the entire political class, trendy intellectuals, fashionable writers and sports stars campaigned against the exit. Familiar faces on TV seemed to merge into one. And this one murky face in different ways lied, coaxed, intimidated and flattered the voters. Unfortunately, the Labour leader Jeremy Corbyn joined this chorus at the last moment, though with reservations. Faced with the threat of a party split, he gave up under pressure from his right wing and vaguely appealed to “stay in the European Union to reform it from within.”

Such calls, and there have been a lot of them, are empty; everyone is well aware that there is nothing specific behind them.  The EU institutions were built precisely in order to make sure that the principles of neoliberalism formed the constitutional basis of the Union. If one were to encroach on these principles, the Union would fall apart. EU structures were created within the framework of this logic, the fundamental Maastricht and Lisbon treaties are based on it. At a time when the slogan of “A united Europe” has become synonymous with the implementation of measures dictated by multinationals, financial capital and an authoritarian bureaucracy, it was not Voltaire, Diderot, Garibaldi, or even de Gaulle but the functionaries of the European Central Bank who incarnated European values.

Alas, as always happens, the system worked against itself. Obviously, hard line policies agreed upon by the bureaucratic and financial elites in spite of the people ultimately undermined the stability of the system.

The meaning of what was happening was clear to the average voter long before intellectuals and analysts realized it. Even if the audience did not understand everything, they could feel it. Most English people showed that they trust their social experience more than a TV picture and democracy prevailed over the “spectacle society”.

When the results of voting were summed up, Lexit, a coalition of left-wing groups opposed to the European Union published a statement which said: “It would have been a great victory for the Labour Party, had it decided to lead the revolt of the working class against the policies of the European Union. But the followers of Tony Blair forced Jeremy Corbin to abandon his long-term opposition to the EU.”

As a result, the vote for Brexit can be seen as the success of nationalists and the revenge of English provincialism, or an attempt to turn their back on Europe. They could point out that the only party that staunchly supported the exit was the right-wing conservative Independence Party (UKIP). But, according to the most optimistic estimates, no more than a quarter of the people who voted for Brexit support this party. Moreover, as soon as the exit becomes a reality, UKIP has no agenda, no program, and no slogans. The fact that many of the people who oppose the European Union decided to vote for Brexit after the Brussels bureaucracy devastated and humiliated Greece was deliberately ignored. They were against the EU because they understood that the elimination of the neoliberal monster is the only chance to return Europe to the path of social progress and democracy.

However, the issue is not who on the left advocated Brexit, and who remained hostage to the establishment. Much more important is that the person in the street, not guided by left ideology, showed class consciousness mostly alien to intellectuals. As strange as it may seem, most Brexit supporters turned out to be remarkably similar to the supporters of Novorossia (the breakaway region in the eastern Ukraine). Both here and there we see a bizarre mix of patriotism, local interests and a perceived need for the revival of the welfare state, which must be protected from local elites and external threats. In both cases, people would rather feel than understand: they do not always find the right words, and are often the victims of absurd prejudices. However, the role of intellectuals in popular movements is to help people overcome these prejudices, to move from an intuitive sense of their interest to a conscious understanding. Meanwhile, in England, as is the case with Novorossia, much of the left chose to turn away in disgust from the “wrong” people, rather than revolt with them. The bourgeoisie and the liberal elites are well spoken, much more educated and much better versed in the intricacies of politically correct discourse than are workers, farmers and small entrepreneurs who are fighting to survive market reforms. Sooner or later, everyone must choose.

The British referendum marks the beginning of a new politics in Europe, a politics of new opportunities, in which the masses are beginning to play an independent role. Yesterday, the idea of exiting from the European Union was deliberately excluded from the list of “serious” possibilities, its supporters ridiculed and marginalized. The fact that this “fringe”, turned out to enjoy the support of society forces us to reassess our idea of what is possible and what is impossible in the modern world.

Neoliberal reformers – from Maggie Thatcher to Anatoly Chubais – always insisted on the “irreversible nature” of the measures they carried out. It did not matter what people thought, or how institutions work. Decisions are irreversible, reforms are irrevocable. Any political, social, economic or even personal strategy must from now on be built within these narrow limits. Most “serious” left intellectuals and politicians adopted the same logic because otherwise the establishment would not recognize them as “serious”. The manipulation of mass consciousness through propaganda is an essential element of this order. Despite the intensity of the debate, the really important issues remain outside the public discourse.

Supporters of Britain remaining in the European Union limited themselves to beautiful words about “European unity” and to intimidating citizens. The Brits, the Scots and the Northern Irish were struck by the wave of propaganda. But supporters of the EU could not offer anything other than maintaining the status quo. And people accept this state of affairs less and less every day. The system accumulates problems and defiantly refuses to address them, since any attempt to really fix something by changing the direction of development would create a meaningful precedent, overturning the logic of irreversibility.

The British vote was a watershed event that marked the collapse of the cultural and psychological barriers that guaranteed the immutability of the neoliberal order. This is the beginning of change, not only for Britain but for the entire continent. Now it is impossible to dismiss the critique of the existing order suggesting that alternatives are marginal and frivolous. Conversely, it was discovered that what for many years was considered “mainstream” is, in fact, rejected by society.

A significant part of the population of Europe not only welcomes the decision by the British but will seek to repeat it. Created by the Maastricht and Lisbon Treaties, the Union has long been turned into a “prison of nations” and Brexit showed people that there is a practical mechanism and a real opportunity to exit. As was written in one of the posters supporting Brexit, “Another Europe is possible. Another European Union is not.”

Boris Kagarlitsky is the director of the Institute for the Study of Globalization and Social Movements, in Moscow. He is the author of many books on capitalism and globalization, including ‘The Thinking Reed: Intellectuals and the Soviet State 1917 to the Present’, which won the Deutscher Memorial Prize in 1988, and ‘From Empires to Imperialism: The State and the Rise of Bourgeois Civilisation’ (Routledge, 2014). He is the editor-in-chief of the online journal in Russia, ‘Rabkor’ (Worker Correspondent). 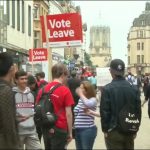 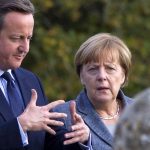 Will Brexit ever actually happen? There are plenty of signs it won’tEurope - West