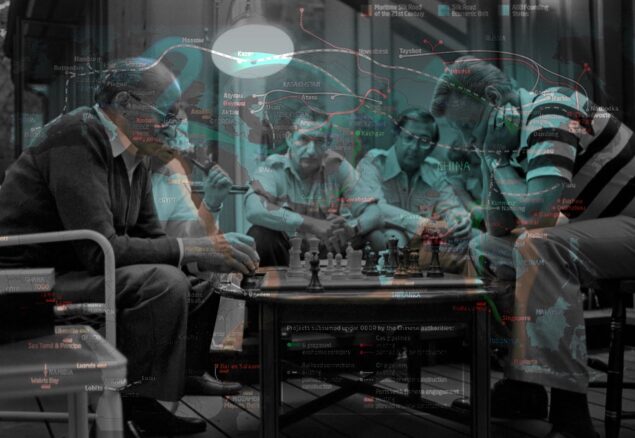 Like Brazil under Workers Party Governance, Kazakhstan has tried to maintain a balancing act by maintaining good relations with China, Russia, the US and Europe. Like Brazil under the PT, this isn’t good enough for the US State Department.

Kazakhstan, a country of 2.7 million km2 located in Central Asia, is a key piece in the dispute for dominance of Eurasia that involves the US and its allies on one side and Russia and China on the other.

The extensive petroleum and natural gas reserves, especially, have attracted a great amount of foreign investment and form the base of the Kazakhstani economy.

However, the greatest importance of Kazakhstan has to do with its privileged geographical location, as a natural bridge between East Asia, the Middle East and Europe. Located in the center of Eurasia, Kazakhstan has always served as a bridge between the oldest civilizations and their respective trade routes, providing a space for social, economic and cultural exchange between the numerous peoples of this transcontinental region. The ancient silk road had its center point in present-day Kazakhstan. The large caravans that linked China to the rest of the world passed all passed through it.

The New Silk Road, China’s main strategic development project, also relies on Kazakhstan – in fact it has already been operating in Kazakhstan for several years. The main axis of the New Silk Road in the country is the rail link between the dry port of Korgos, on the border between Kazakhstan and China, to the port of Aktau, on the coast of the Caspian Sea. Korgos is the main hub for the connection between China and Central Asia, and has been operational, performing this role, since August 2015. Another branch of this connection connects China to Iran, another strategic country in the region. In February 2016, the first train from Zhejiang on the China Sea arrived in Tehran, after having passed through Kazakhstan, Uzbekistan and Turkmenistan.

It should be noted that Kazakhstan’s privileged geographic position is also strategic for the international transport of natural gas. It is unavoidable for gas leaving Turkmenistan and Uzbekistan to pass through Kazakhstan, with the main destination for this commodity being China.

In addition to being very important to China, Kazakhstan is also of great importance to Russia. Once part of the Soviet Union, 23% of Kazakhstan’s current population is of Russian origin. In June 2014, together with Russia and Belarus, Kazakhstan created the Eurasian Economic Union (EAEU), which was later joined by Armenia and Kyrgyzstan. The EAUE started on January 1, 2015, establishing a customs union and a common market covering more than 170 million consumers. There are plans to expand this union to the other former Soviet republics, something that Washington does not like. It is within this geopolitical context that the internal conflicts underway in Kazakhstan must be analyzed.

Even though the protests against Tokayev’s government started peacefully, mainly motivated by the increase in the prices of liquefied gas which is widely used in Kazakhstan as an automotive fuel, they quickly degenerated, especially in Almaty, due to the action of armed groups. There were invasions and fires started in public buildings and attempts to take over radio stations and an airport. At least 18 police officers were killed, in addition to dozens of “demonstrators”.

These groups promptly demanded economic, regional and political reforms against the ubiquitous influence of Nursultan Nazarbayev, who has dominated Kazakhstani politics since Soviet times, but these demands extended into the field of geopolitics. The demands began to include, in addition to the unconditional resignation of the current government, the creation of a provisional government that would break all ties with Russia and remove Kazakhstan from the EAEU.

The current rebellion in Kazakhstan therefore has a clear parallel with Ukraine’s “orange revolution”, which placed that nation into Washington’s orbit, and with recent attempts to destabilize the Belarus regime. But the move looks like it might backfire. The Kazakhstani government, alarmed by the action of these armed groups, appealed to the Collective Security Treaty Organization (CSTO) to protect itself. Russia is sending around 2,000 soldiers to help bring the situation under control. In other words, Russia’s influence in Kazakhstan could increase rather than decrease.

It is important to note that Kazakhstan’s foreign policy is quite balanced. Kazakhstan, while having close relations with Russia and China, is also seeking to maintain good relations with the US and Europe. The resignation of Nazarbayev in 2019 and the beginning of the political and administrative reform that gives more powers to the oil and gas producing regions are part of guidelines to deepen Kazakhstan’s ties with the West. However, the US strategy seems to be to always try to destabilize all regimes that are friendly to Russia and China, even if they are not hostile to Washington.

If the US succeeds in putting a decisively pro-Washington regime in Kazakhstan that is hostile to Russia and China, as it did in Ukraine, Moscow’s strategy of uniting the former Soviet republics and China’s strategy of broadening its influence with the New Silk Road would be substantially compromised. There is a lot at stake.

Despite its remote chances of success, this bet by Washington reveals the degree of aggressiveness of US foreign policy, especially under the Biden administration. Everything indicates that, for Washington, it is not enough for a government to have good relations with the US, it must also have a distant or even hostile relationship, with Russia, China, Iran and all other countries considered “enemies” by the State Department. It is a foreign policy strategy that bets on conflict and geopolitical exclusion. It is a foreign policy that makes it hard to ever put an end to the global crisis.

If this policy is underway in Central Asia, imagine how much worse it is for Latin America, a region that the US has considered as its own “backyard” since the 19th Century. Dilma Rousseff was deposed and Lula was arrested in an operation triggered by the US Department of Justice due, essentially, to Brazil’s independent foreign policy, which was not remotely hostile to Washington and its allies but placed emphasis on sovereign regional integration and strategic alliances with emerging powers, contrary to US interests.

The dispute for Brazil in the Americas is as important as the dispute for Kazakhstan is in Central Asia. Depending on the outcome Brazil will either be able to lead our region towards integrated sovereignty or sink it into definitive dependence.

In other words, Kazakhstan and Brazil are game-changing pieces on the geopolitical chess board.

This has to be taken into consideration during Brazil’s 2022 election race. The debate on foreign policy has to be a central issue in the next presidential elections. The Brazilian population has to have a clear idea of who really places national interests above all others. And everyone has to know that those who betrayed the nation in the past will do it again.

This article was translated from Portuguese by Brian Mier 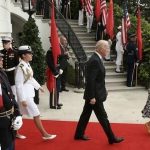 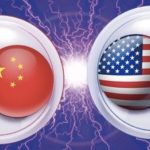 Wen Tiejun: The Past and Present of the New Cold War (full transcript)China, Foreign intervention