Members of the left political organization Borotba Maxim Firsov, Victor Shapinov, Maria Muratova and Alexei Albu have been released from detention in Donetsk. They are reported to be in Russia.

Shapinov, Firsov and Muratova were detained in Donetsk on December 21 by the ‘Vostok’ people’s battalion. On Dec. 27, Alexei Albu arrived at the battalion commander’s office with documents for the release of his comrades, but he, too, was detained. All four have been resident in exile in Crimea. The offices of Borotoba in Ukraine have been attacked and destroyed by right-wing gangs and members of the group cannot safely engage in political activity. Several have been threatened and kidnapped in Ukraine by right-wing gangs or by undercover police. 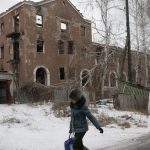 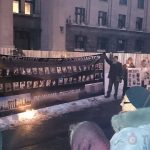 Commemoration in Odessa of May 2, 2014 MassacreDigest, Odessa Massacre May 2, 2014, Ukraine