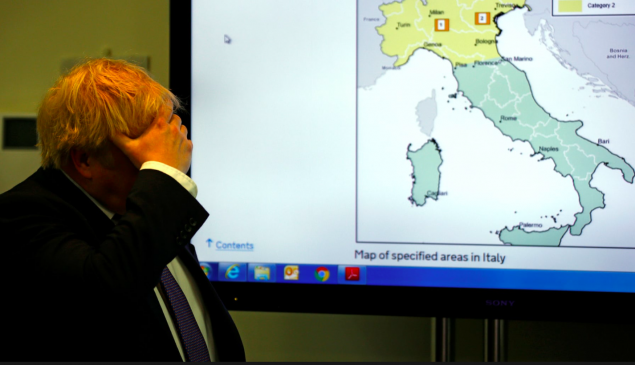 Boris Johnson views a map of the spread of Covid-19 in Italy on a visit to Public Health England: Henry Nicholls/PA

The British government and its advisers had the chance to learn from what was happening in Italy. They blew it.

Italy and UK rely on help from Cuba, China, Venezuela to fight coronavirus – as US steps up brutal sanctions

For the past few weeks, anglophile Italians like me have looked at the British response to the Covid-19 epidemic with a mixture of horror and dismay. It was like watching a train crash in slow motion. Having lived through the past few weeks here in Milan, I could see exactly how this would end.

The British government had the privilege of more time to slow down the epidemic and to organize an effective response. The data suggest that Britain is a couple of weeks behind Italy in terms of the coronavirus’s spread and a week behind the rest of continental Europe. Yet Prime Minister Boris Johnson and his scientific and political advisers preferred to act gradually, only taking the blandest of measures. Unnamed senior government officials even had the gall to brief prominent journalists that Italy’s draconian measures were unscientific and populist.

Whoever said that looks utterly foolish now, indeed borderline culpable for what comes next. On Monday night, Johnson performed a U-turn, enforcing the kind of lockdown Italy put in place two weeks ago. These measures will take roughly two weeks to work, since they cannot stop the infections that have already occurred. The death toll was at 422 on Tuesday but will rise steeply. How many lives could have been spared had the government acted earlier?

Instead, Johnson preferred to toy with the idea of “herd immunity” — that is, letting the virus take its course to a large degree. The prime minister relied heavily on his “Behavioral Insights Team” (a so-called “nudge unit”) that would seek to pick the right response at the right time to minimize the risk of unintended consequences, and economic calamity.

For example, the government was reluctant to ban people from watching sports events as it feared that would simply push people to watch them in the pub. As a result, people continued to mix in their thousands at events such as the Cheltenham horse-racing festival. Johnson’s administration also dithered over imposing a lockdown because it was worried that people might get bored too soon, and would then break any curfew.

It took a report from scientists at Imperial College to show him that this laissez-faire strategy of letting the public take responsibility would have cost hundreds of thousands of lives, with the health care system overwhelmed and the worst affected patients left without treatment. The Imperial study is extremely authoritative, but it would only have taken a quick, and serious, look at the crisis in Lombardy to realize the herd immunity plan was inhumane and unworkable. Britain thought it could be clever by timing its behavioral science measures to perfection. It ended up being overwhelmed.

Johnson and his closest advisers — including the most senior among them, Dominic Cummings — must be held accountable for these decisions. If this was a first attempt at regulatory divergence from the European Union after Brexit, it failed miserably.

But Chris Whitty, the U.K.’s chief medical officer, and Patrick Vallance, its chief scientific adviser, share the blame. It is normal for politicians to dither as they try to balance different interests — above all, keeping the economy humming. But why were the official scientists not screaming from the rooftop? Did they get their advice wrong, or did they fail to speak truth to power and to the public?

In Italy, politicians also failed to understand the gravity of what was happening. They called initially for the government to keep businesses open and for Italians to get on with their lives. However, most epidemiologists and virologists were asking loudly for tough measures as soon as the epidemic began. They were subsequently shocked by the British approach and knew it wouldn’t last. Walter Ricciardi, the adviser to Italy’s health minister on Covid-19, hinted in a tweet 11 days ago that Britain would need to change its response within 10 ten days. He was bang on. Where were the U.K. official scientists?

In fairness, the British response to the pandemic has had some positives too. There has been a clear chain of command with regular communication. The early focus on isolating the most vulnerable, including the elderly, is wise and should be copied elsewhere.

Moreover, there is no doubt that suppressing the epidemic’s upward curve is only a temporary solution. The government cannot enforce a lockdown forever, given the enormous toll on the economy. Here, Italy has no solution to offer; Asia is a more useful example.

However, for Europe these stringent measures are necessary to allow the government to strengthen the health-care system and to force businesses and individuals to find ways to live with a pandemic. It will also buy scientists time as they try to develop new therapies and, perhaps, a vaccine. The warmer weather might help (although this is far from certain).

The British government and its official scientists did not spot what was so evident elsewhere. It was an astonishing failure of leadership and of good governance.

Ferdinando Giugliano writes columns and editorials on European economics for Bloomberg View. He is also an economics columnist for La Repubblica and was a member of the editorial board of the Financial Times. 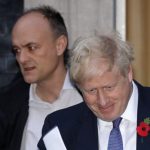 Our leaders are terrified. Not of the virus – of usBoris Johnson, Britain, COVID-19 Corona virus, Issues, Jonathan Cook 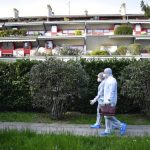