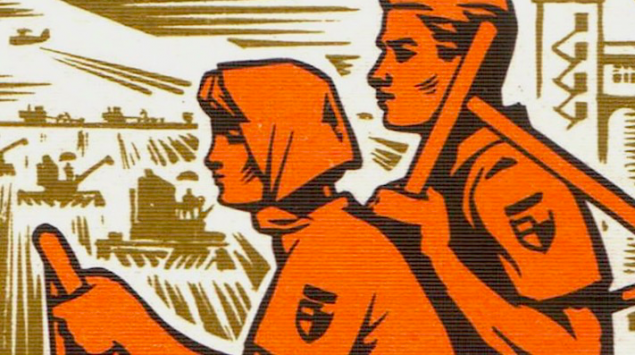 Author and socialist Carlos Martinez has written an invaluable book for the struggle for socialism in the 21st century. The End of the Beginning: Lessons of the Soviet Collapse acknowledges what too few in the socialist movement today are willing to confront: that an understanding of socialism is impossible without a critical look into the rise and fall of the Soviet Union.

The rise of liberal capitalist tendencies in the Communist Party led to Perestroika and the eventual overthrow of Soviet socialism.

“The legacy of the Soviet Union been shaped by lies and anti-communist smears.”

Author and socialist Carlos Martinez has written an invaluable book for the struggle for socialism in the 21st century. The End of the Beginning: Lessons of the Soviet Collapse acknowledges what too few in the socialist movement today are willing to confront: that an understanding of socialism is impossible without a critical look into the rise and fall of the Soviet Union. There are many reasons for the virtual erasure of the Soviet Union from the consciousness of activists within socialist circles in the U.S. and West. The Soviet Union represented the first experiment with socialism in a thoroughly capitalist world. Just as Haiti has been punished non-stop by the imperial powers for being the first nation to overthrow the yoke of slavery and colonialism, so too has the legacy of the Soviet Union been shaped by lies and anti-communist smears.

The U.S. and its imperial allies attempted to wipe the world clean of socialism after the Soviet Union disintegrated in 1991. U.S.-led global capitalism, we were told, was here to stay indefinitely. However, the permanency of capitalism turned out to be a fraudulent claim rather than a credible theory. China has lifted eight-hundred million people out of poverty and become the second largest economy in the world by implementing “socialism with Chinese characteristics.” In Latin America, socialism has made a resurgence in the political life of the working class. Despite the brutal and relentless efforts of entrenched, U.S.-backed neocolonial elites, massive social movements in Nicaragua, Venezuela, Argentina and a host of Latin American countries have successfully elected socialist-oriented political parties into state power.

“In Latin America, socialism has made a resurgence in the political life of the working class.”

Even still, the legacy of the Soviet Union rarely comes up in the socialist political dialogue of the 21st century. Martinez breaks the silence on the Soviet Union by laying out a roadmap for those seeking to understand why the first workers state collapsed and what we can learn from it. He begins by acknowledging the vast achievements of the Soviet Union. The Soviet Union, Martinez says, “succeeded in creating a completely different type of society: one that deeply valued equality, shared prosperity, social justice, solidarity, culture, and education.” In seventy-four short years, Russia was transformed from one of the poorest countries on the planet to an industrial powerhouse where workers called the shots. Some of the achievements of the Soviet Union highlighted include full employment, universal healthcare, the elevation of the condition of women, and the extensive material commitment of the Soviet system to the liberation of oppressed nations from colonial domination.

The Soviet Union’s achievements revolutionized life for workers in the Soviet Union. Martinez helps readers understand why worker control of the state and a subsequent rise in living standards could not prevent the fall of the Soviet Union. To understand the development of any phenomenon, social or otherwise, one must weigh its internal and external contradictions. This is the essence of dialectical materialism. Martinez’s book follows the tenants of dialectical materialism by weighing the internal and external contradictions of Soviet development.

“In seventy-four short years, Russia was transformed from one of the poorest countries on the planet to an industrial powerhouse.”

The Soviet Union faced harsh external pressures throughout its existence. Socialist industrialization in the Soviet Union occurred under conditions of war directly following the Russian revolution of 1917. The Soviet Union was first tasked with rebuilding the country from devastation following the First World War, which was then depleted by a civil war backed by the imperialist powers. It is often forgotten that the Soviet Union was also the principle target of Nazi invasion during the Second World War. Despite the death of millions of Soviets and the massive destruction of infrastructure produced by decades of war, the Soviet economy was an unquestionable success in its early years, producing scientific achievements and growth rates that rivaled and even surpassed the West. Socialist reconstruction focused primarily on improving the condition workers and developing an industrial base capable of eradicating the miserable conditions left by the scourge of imperialist war.

The Soviet Union was rebuilt at a breakneck pace because, unlike the anarchy of the capitalist market, the Soviet Union employed a central plan that directed economic development toward the needs of society rather than profit. However, a more complex economy made central planning increasingly difficult over time. Labor productivity diminished due to overemployment and consumer goods were scarce. An underground economy emerged that helped laid the basis for private economic development. Furthermore, the Soviet Union provided a great deal of aid to national liberation movements abroad but was surrounded by a predominantly capitalist and hostile European world. Economic stagnation would eventually ensue as the Soviet economy struggled to meet the rising expectations of the masses.

“The Soviet economy was an unquestionable success in its early years.”

Perhaps the most compelling aspect of The End of the Beginning is its focus on the subjective mistakes of Soviet leadership. Martinez engages with the errors of Soviet leadership in the post-Stalin period, particularly in relation to the failure to defend the integrity of the Communist Party. The infamous “secret speech” given by Nikita Khrushchev jumpstarted a decay in popular confidence in the Communist Party of the Soviet Union and opened the door to ideological stagnation. Ideological stagnation allowed academics, party bureaucrats, and economic managers to grow increasingly influential over party affairs. Martinez argues quite convincingly that the internal attack on Soviet ideology rendered the workers state vulnerable to capitalist restoration.

According to Martinez, “the issue of maintaining a workers’ state and preventing the political domination of pro-capitalist ‘liberals’ is arguably the most important lesson to be learned from the collapse of the USSR.” The rise of liberal capitalist tendencies in the CPSU led to Perestroika and the eventual overthrow of Soviet socialism. China has avoided a similar fate by maintaining the integrity of the communist party. The Communist Party of China maintains its leadership role over economic development. This has kept capitalist elements within society from consuming the workers’ state and has allowed the Communist Party of China to use market reforms to modernize the standard of living of the masses without relinquishing the central plan.

All of this and more is explained in The End of the Beginning. Socialists all over the world, but especially in the United States and the West, should read this book if they are interested in countering anti-Soviet dogma while maintaining a sober analysis of what led to the Soviet Union’s demise. The U.S. and Western world are without a communist party capable of transforming society the way that the Communist Party of the Soviet Union revolutionized material conditions in the east. Since 1991, workers in Russia, Eastern Europe, the U.S., and much of Western world have seen their standard of living decline dramatically. It is obvious that the formation of a vanguard party will be a necessary ingredient to reversing the many miseries that late stage capitalism has imposed upon the working class. The successes and failures of the Soviet Union help us understand why and Martinez’s latest book is not afraid to approach them from a revolutionary perspective.

Danny Haiphong is an activist and journalist in the New York City area. He and Roberto Sirvent are co-authors of the book entitled American Exceptionalism and American Innocence: A People’s History of Fake News–From the Revolutionary War to the War on Terror (Skyhorse Publishing). He can be reached at [email protected], on Twitter @spiritofho, and on Youtube at The Left Lens with Danny Haiphong 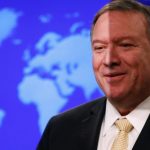 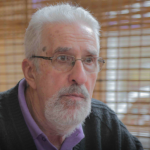 The U.S. launches itself in the most violent way imaginable to definitively seize BoliviaBackground, Bolivia, Discussion, Latin America and the Caribbean