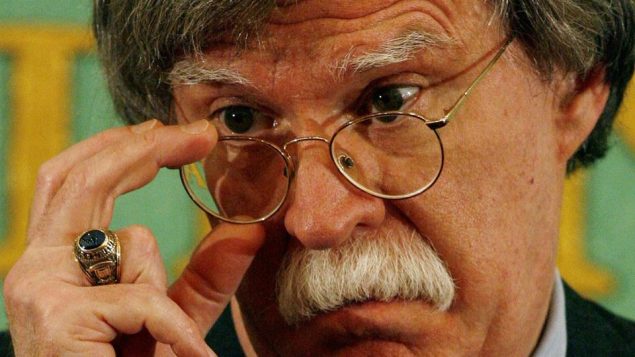 Bolton: On the way out?

John Bolton’s days as national security advisor are apparently numbered—for reasons that have all played out in the press, says John Kiriakou.

Everybody in America knows that Donald Trump places a premium on what he considers to be “loyalty.” You’re either with him or against him. The White House staff has been a revolving door from virtually the start of his administration. It’s not unusual for aides to last mere weeks or months, only to then be thrown out on the street.

Trump then inevitably says something about “loyalty.”

The situation isn’t unique to just the White House political and domestic policy staff. It is just as pervasive at the National Security Council. Nobody is sacred. Remember, you’re either with him or against him. Now it’s John Bolton’s turn to find himself in a corner. I believe that his days as national security advisor are numbered—for reasons that have all played out in the press.

I’m one of those people—not at all unique in Washington—who has contacts and friends all over the political spectrum, including in the Trump Administration. After work and over drinks, they like to vent. What they are telling me privately is what other Washington insiders are telling the conservative press. The White House, and especially the National Security Council, are in disarray. And Bolton will soon be fired.

The right-wing Washington Examiner reported this week that Bolton acknowledged these reports, but in a back-handed way. He said in a Wall Street Journal podcast that he believes five countries are spreading “lies about dysfunction in the Trump administration.” Those countries are North Korea, Iran, Venezuela, Russia, and China. That’s laughable.

What Bolton is saying is that there is a vast and incredibly well-coordinated international conspiracy that includes some of the most important countries in the world, the main purpose of which is to embarrass him. That sounds perfectly rational, right?

Here’s what my friends are saying. Trump is concerned, like any president is near the end of his term, about his legacy. He said during the campaign that he wanted to be the president who pulled the country out of its two longest wars. He wanted to declare victory and bring the troops back from Afghanistan and Iraq. He hasn’t done that, largely at the insistence of Bolton. Here we are three years later and we’re still stuck in both of those countries.

Second, my friends say that Trump wants to end U.S. involvement in the Yemen war, but that Bolton has been insistent that the only way to guarantee the closeness of the U.S. relationships with Saudi Arabia and the United Arab Emirates is to keep providing those countries with weapons, aerial refueling planes, and intelligence support.

That would explain the reason why the White House did not seek to block the recent Congressional vote on Yemen support. Bolton likely talked Trump into vetoing the resolution. Or he talked the Saudis into talking Trump into it. Still, at least in internal deliberations, Trump has said that he simply doesn’t see a national security reason to keep the war going. The U.S. gets nothing out of it.

Third, the mainstream media has accused Bolton of being the reason behind the failure of Trump’s second summit with North Korean leader Kim Jong-un. Bolton toed a hard line, so much so that the North Korean media called him a “war monger” and a “human defect” once the summit ended.

This week Trump told reporters gathered on the White House south lawn that Kim had “kept his word” on nuclear and missile testing. This was a direct contradiction of Bolton, who had said just hours earlier that the North Koreans had reneged on their commitments to the U.S. Trump said simply, “My people think there could have been a violation. I view it differently.” 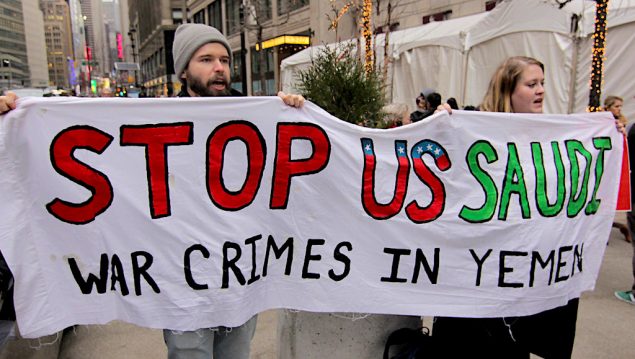 Most importantly, Bolton has been famous for decades for his irrationally hard line on Iran. He has made no secret of his desire to bomb Iran into the stone age, to smash and overthrow its government, and to let the chips fall where they may. The policy makes literally no sense.

Iran is a country of 80 million people. It has an active and well-trained global intelligence service. It has a robust navy with highly-specialized “swift boats” that are active in the Persian Gulf. And it controls the vital Strait of Hormuz, through which 20 percent of the world’s oil and 33 percent of its liquified natural gas flows.

Trump said just a week ago that he was willing to begin talks with the Iranians “with no preconditions.” This was a major softening of U.S. policy toward Iran and it immediately drew Bolton’s ire. Indeed, The New York Times pointed out that the policy directly “overruled a longtime goal of (Trump’s) national security advisor.”

All of this has made Trump angry. He’s constantly being one-upped by one of the Washington swamp monsters he promised to rid the city of. He finally seems to have come to realize that even establishment Republicans dislike and distrust John Bolton. And now he understands why.

Mick Mulvaney, Trump’s chief of staff, has very quietly and discreetly begun informal meetings with a list of a half-dozen possible replacements for Bolton. Let’s hope he finds one that he and Trump both like sooner, rather than later.

John Kiriakou is a former CIA counterterrorism officer and a former senior investigator with the Senate Foreign Relations Committee. John became the sixth whistleblower indicted by the Obama administration under the Espionage Act—a law designed to punish spies. He served 23 months in prison as a result of his attempts to oppose the Bush administration’s torture program.