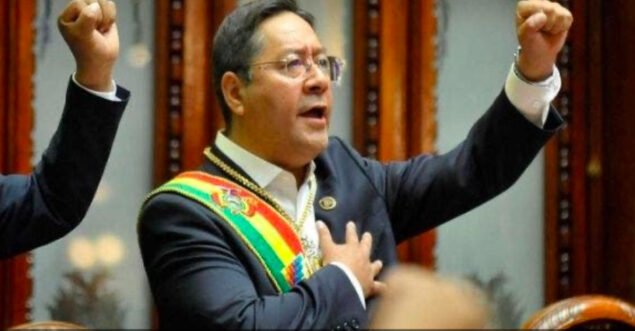 A US-controlled organization, the Lima Group was created to support actions against Venezuela’s President Nicolas Maduro.

On Sunday, Bolivia’s President Luis Arce welcomed the Peruvian government’s withdrawal from the Lima Group, which supported the U.S.-backed attempts to overthrow Venezuela’s President Nicolas Maduro in 2019.
“Latin America is moving towards a stage of integration based on respect and solidarity among its peoples,” Arce said, adding that his administration aims to strengthen regional integration through the Community of Latin American and Caribbean States (CELAC).

In referring to the Lima Group, Foreign Affairs Minister Rogelio Mayta said that alliances that exercise ideological and political distinctions do not prosper. Besides, he called for respect to the interests of Latin American peoples in regional integration mechanisms.

“A united Latin America is not only possible, it is urgent,” assured Mayta, whose country also left this U.S.-controlled organization along with Mexico and Argentina.

The rebirth of the Latin American left – in one image. ✊🏼✊🏾✊🏿
A show of unity and fraternity. ❤️
President of Bolivia, Lucho Arce 🇧🇴 President of Argentina Alberto Fernandez 🇦🇷 President-elect of Peru Pedro Castillo. 🇵🇪
Evo Morales, who was ousted in a coup in 2019, etc. pic.twitter.com/SJTTOoFfkr

“Under the administration of President Pedro Castillo, Peru will no longer intervene in the internal affairs of Venezuela or any other nation,” Foreign Affairs Minister Hector Bejar said, and condemned U.S. sanctions against Venezuela.