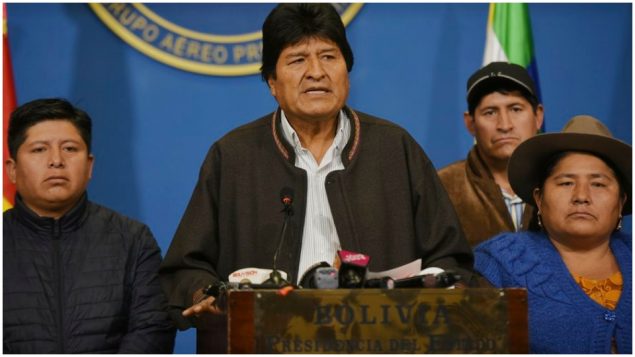 There are too few details emerging so far to draw any kind of direct line from the interests of the resource giants to the events of the last several days, the military overthrow of the Morales government—to cheers from the Trump administration, the Trudeau government in Canada, and the U.S.-dominated Organization of American States

Lithium is the key ingredient for the batteries fueling the world’s electric car and smartphone revolution. Market analysts speculate that by the mid-2020s, lithium supply will be straining to keep up with demand from auto and mobile device manufacturers. It’s being called the “gold of the 21st century.” Bolivia’s largely untapped Salar de Uyuni salt flats, located high in the Andes, are estimated to contain between 25 and 45% of the planet’s known reserves. The government of Evo Morales has been working to create a publicly-owned lithium industry to help diversify his country’s economy and raise more of its people out of poverty.

Efforts to get at the metal by multinational mining companies from the U.S., Canada, South Korea, and others have so far largely faltered. A joint venture with a German company was canceled by the Bolivian government last week over concerns that not enough benefit would go to the indigenous people who live near Uyuni. Chinese and Russian firms have been among the few that have inked deals.

Given the fate of too many progressive governments in this part of the world over the last century, the next part of the story was unfortunately totally predictable. This weekend, the government of Bolivian President Evo Morales was overthrown in a military coup.

While there are too few details emerging yet to draw any kind of direct line from the interests of the resource giants to the events of the last several days, the military overthrow of the Morales government—to cheers from the Trump administration, the Trudeau government in Canada, and the U.S.-dominated Organization of American States—shows the dangerous stakes for any small resource-rich country which tries to embark on an economic path that favors the poor and working class over the demands of the rich, corporations, and imperialist states.

After days of right-wing demonstrations following Morales’ re-election in October, the military made its move on Sunday evening, with General Williams Kaliman announcing army and air force operations were underway. He demanded the president leave office “to maintain stability.” The violent effort to oust Morales is based regionally in the wealthier Santa Cruz province, where opposition leader Fernando Camacho and other extremist right-wing elements have organized against the gains made by the indigenous and mestizo majority under Morales.

With police going over to the coup and abandoning their posts outside government offices late Sunday, Morales sought to avert further violence against the Bolivian people and stepped down. He announced his resignation on television from Chapare province where he first emerged years ago as a trade union leader, saying, “I return to my people who never left me. The fight goes on.”

Morales won last month’s election by more than 10 points, beating his right-wing challenger, former President Carlos Mesa, 47% to 36%. A third party candidate took the remaining votes. Mesa was president from 2003-05, having previously served as vice president in the administration of President Gonzalo Sánchez de Lozada. The latter was brought down by mass popular protest against his plans to sell off Bolivia’s extensive natural gas reserves to foreign companies. The deals he proposed would have left little in profit for the Bolivian people and were condemned by social activists and indigenous groups as a continuation of the country’s long exploitation by imperial powers—helped along by local economic elites.

Among those leading the protests during the “gas wars” had been Morales, who was elected Bolivia’s first indigenous president at the head of the Movement Toward Socialism (MAS) party in 2005. One of his first acts upon coming to office was the complete nationalization of the country’s hydrocarbon resources. It was a crime against capitalism which many mining and resource companies never forgave.

Utilizing the money generated from the now publicly-owned natural resource industries, the Morales government embarked on a massive—and successful—poverty elimination program. According to data collected by the Center for Economic and Policy Research, economic growth in Bolivia has been twice that of the Latin American and Caribbean region during the years of the Morales government.

Before the MAS came to power, Bolivia’s government was collecting a paltry $731 million in annual revenue from hydrocarbons. Following nationalization, that number soared more than seven times to reach $4.95 billion. With account surpluses most years and increased trade with other left-leaning governments in the region, Bolivia was able to achieve a measure of economic independence it had never before enjoyed.

The percent of the population living in poverty plummeted from a boggling 60% to 35% by 2018, with those in extreme poverty declining from nearly 38% to 15% in the same period. This was achieved by not only resource nationalization, but through a combination of redistributive wage and public investment policies and an abandonment of the extortionist demands of the International Monetary Fund.

The reforms of the Morales years extended well beyond the economy. Indigenous peoples in Bolivia gained new recognition and respect and their languages finally entered the public school curriculum. The disastrous “war on drugs” that had devastated vast stretches of the countryside and ruined the lives of peasant farmers was ended. The cultivation of coca—which has medicinal and other uses far beyond the production of cocaine—was legalized, and drug enforcement operations re-focused on trafficking. Constitutional reform in 2009 made Bolivia’s status as a plurinational, secular state of many peoples and nationalities official, making a huge step forward in ending European-descended elite dominance of public life.

Despite the impressive gains in raising living standards and incomes for the mass of the Bolivian working class, and its indigenous peoples in particular, Bolivia remained a poor country, though—something the Morales government was still working to overcome. Efforts to diversify the country’s economy away from over-reliance on gas were underway, including increasing agricultural output to achieve food sovereignty and seeking to become a leader in the international lithium battery market.

It was this kind of program that Morales and the MAS campaigned on in the Oct. 2019 election. But even before the first vote was counted, the U.S. and right-wing governments in Colombia and Brazil were already saying they wouldn’t recognize the results of an election that didn’t reflect “the will of the Bolivian people.” The approach of the international financial institutions has similarly been set in stone for years already.

The IMF consistently sided with Mesa when he was president 16 years ago, granting loans premised on his pledge to never threaten a public takeover of resources. The U.S. government has likewise never wavered in its backing for the comprador clique represented by Mesa and threatened to cut off financial aid for Bolivia as far back as 2002 during an earlier Morales run for the presidency.

Mesa had been a reliable administrator on behalf of the mining multinationals and the enforcers of neoliberal orthodoxy at the IMF and in Washington. Morales was the exact opposite, saying in 2006:

“The worst enemy of humanity is U.S. capitalism. That is what provokes uprisings like our own, a rebellion against a system, against a neoliberal model, which is the representation of a savage capitalism. If the entire world doesn’t acknowledge this reality, that nation-states are not providing even minimally for health, education, and nourishment, then each day the most fundamental human rights are being violated.”

He thus remained a foe of foreign corporations as well as the governments that backed them for his entire time in office. His overthrow has now removed the last of the original generation of “Pink Tide” leaders in Latin America who were propelled by mass movements demanding a future different from that which was planned for them by neocolonialist and imperialist powers.

A period of great uncertainty now hangs over Bolivia as memories of the repression that accompanied past military coups haunt the present. It is unclear who, in the immediate term, will emerge as the face of a new coup regime (Mesa, Camacho, or someone else?), and equally unknown is the extent to which the MAS and the Bolivian working class will be able to resist the plot now being executed against them and their democracy. The MAS still controls majorities in both chambers of the Legislative Assembly

At any rate, the coup has, for now, killed off hopes for that publicly-owned lithium industry that would have carried Bolivia into the 21st century and generated even more funds for creating jobs and alleviating poverty. If the Teslas and iPhones of the world are to be powered by Bolivian lithium, there likely won’t be much benefit for the people of that country. The mining companies must be rejoicing.

UPDATE: Since this article was published, Bolivian President Evo Morales has arrived in Mexico after accepting an offer of political asylum from the government of President Andrés Manuel López Obrador. Morales says his exile will be short and that he “will return with strength.”

C.J. Atkins is the managing editor at People’s World. He holds a Ph.D. in political science from York University in Toronto and has a research and teaching background in political economy and the politics and ideas of the American left. In addition to his work at People’s World, C.J. currently serves as the Deputy Executive Director of ProudPolitics. 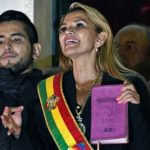 Jeanine Añez appoints herself president of Bolivia: no quorumBolivia, Latin America and the Caribbean 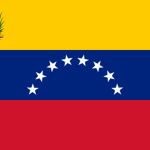 Statement of the Bolivarian Republic of Venezuela on the coup in BoliviaBolivia, Evo Morales, Latin America and the Caribbean, Venezuela