BERLIN–One of Ukraine’s key reforms [sic] in the path to transform itself from post-Soviet basket case to Europe’s breadbasket is to create a market in farmland. But vested interests mean the reform could fall at the first fence.

The decade-old moratorium on farmland sales, which was first imposed in 2004 and last extended for three years at the end of 2012, will expire at the end of 2015. With agriculture regarded as a key sector for bringing Ukraine’s economy back to health and as there exists no developed agricultural sector in the world without a flourishing market in farmland, getting rid of the moratorium is a no-brainer. However, experts worry the government is getting cold feet and parliament will extend it at the end of 2015.

“The moratorium will be extended with a high degree of probability… It’s almost a consensus,” says political commentator Volodymyr Fesenko of the think-tank Penta.

Nikolai Vernitsky, head of consultancy Pro-Agro Consult, agrees. “They will extend the moratorium, there is no doubt about this. When they discuss so much, it means they will extend. Almost all key figures in politics are for a renewal of the moratorium – including those who say ‘first of all we need to create the right conditions’. This rhetoric has not changed for ten years, there is simply no political will in favour of opening the land market,” Vernitsky says.

Officially at least, Minister of Agriculture Oleksiy Pavlenko informed bne IntelliNews that he is in favour of creating a land market – for all the right reasons – but not in favour of what he calls “political gambling”.

“At the end of the 90s we had 7mn owners of land shares – notional land parcels which appeared after the collapse of the collective farms. However, their owners have no way to dispose of their properties, except for renting or transferring them in inheritance,” he explains. “Land reform is necessary, especially to make Ukrainians full owners of their land: to sell, to work the land, to rent out for a decent price, to unite with neighbours or to exchange it.”

But the move from this mess of a system to something more market oriented is so fraught with difficulties that despite all the rhetoric of radical reform in the air in Kyiv, the ministry advocates a softly, softly approach. “For the time being, the population perceives such prospects with caution. The main reason for this is the lack of trust for the government,” explains Pavlenko. “We are gradually preparing the population for opening of the land market, but we will not manage to fulfill any constructive decision without understanding of society.”

Experts close to the agriculture ministry argue that at least two years is needed for constructing all the relevant legislation and a fully functioning land cadastre.

Critics of the “softly, softly” approach see in the procrastination the work of two powerful lobbies: the state bureaucracy that regulates farmland, which is “extremely corrupt and thus against the reform,” according to a source in an international financial institution. The state itself remains direct owner of around 8mn ha of farmland.

Critics also see in the likely extension of the moratorium not so much concern for the villagers, but the influence of the so-called latifundia, or major land holdings, that dominate commercial agriculture and whose land banks can run to over 300,000 hectares.

Critics point to the influential political lobby of the companies with the largest land holdings. For example, Yury Kosyuk, owner of MHP, one of Ukraine’s biggest agriculture businesses, worked as first deputy head of the presidential administration in 2014; while Vladislava Rutitska, formerly of the now-bankrupt grain producer Mriya Agro Holdings, is now deputy minister of agriculture. “The holdings along with most politicians are against [lifting the moratorium],” says Vernitsky, of Pro-Agro.

“Ukrainian agri-holdings are traditionally against introducing a land market,” explains Erik Naiman, of brokerage Capital Times. “Why pay real, live and fairly large money to buy up land if it is possible to use almost for free?”

According to the agriculture ministry’s figures, smallholders lease their land for as little $50-100 per hectare per year, with the lease sometimes even paid in kind.

Peter Thomson, deputy head of one of Ukraine’s largest landholders, Ukrainian Agrarian Investments, tells bne IntelliNews that he was personally in favour of lifting the moratorium, but believes the moratorium will be extended anyway.

Other players such as banks, however, might be in favour of the lifting the moratorium, since it would enable them to lend more to agriculture, explains Stephen Pickup from Swedish-owned Agrokultura. “Currently you can’t get bank loans on the back of agricultural land in Ukraine. Lifting the moratorium would create a whole new asset class,” Pickup says.

Pickup, who has wide experience of operating in both Ukraine and Russia, where there has been a free farmland market since 2001, says that, “theoretically, it should make a big difference for Russian farming [compared to Ukrainian], but in practice this is not the case – we farm the leased land [in Ukraine] as we would the freehold land [in Russia].”

However, Pickup says speculative land bank expansion is a specifically Ukrainian phenomenon, where the low cost of acquiring control over leased land has seen agricultural holdings’ landbanks spread out “like spilt beer over a table”. 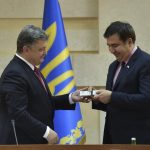 What to expect from Saakashvili in OdessaBackground, Ukraine 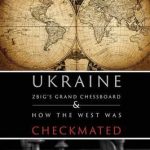