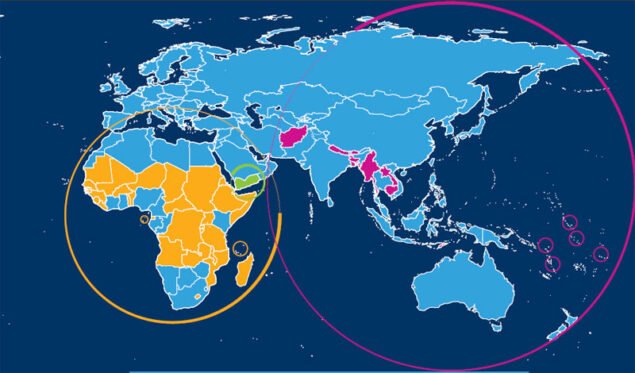 “The outlook for LDCs is grim”. The latest United Nations (UN) assessment of prospects for the least developed countries (LDCs) notes recent setbacks without finding any silver lining on the horizon.

SYDNEY and KUALA LUMPUR: “The outlook for LDCs is grim”. The latest United Nations (UN) assessment of prospects for the least developed countries (LDCs) notes recent setbacks without finding any silver lining on the horizon.

Half a century ago, LDCs were first officially recognised by a UN General Assembly resolution. It built on research, analysis and advocacy by the UN Conference on Trade and Development (UNCTAD).

The landmark 1971 declaration drew attention to LDCs’ unique challenges and pledged support from the international community. The UN has convened four LDC conferences since, with each adopting a 10-year programme of action for national governments and ‘development partners’.

But actual progress has been disappointing, with only seven countries ‘graduating’. The list of LDCs has grown to 46 as more ‘qualify’ to ‘join’. With the fifth conference due in Doha in January 2022, some critical soul-searching is urgently needed for efforts not to disappoint yet again.

The failure of development partners to meet their commitments has been a major long-standing problem. Only 6 of 29 Organization for Economic Cooperation and Development (OECD) partners have kept their promise to give at least 0.15% of their national incomes as aid to LDCs.

The UN uses three criteria – income, human assets and vulnerability – to classify LDCs. Although nominally part of the UN system, the World Bank and International Monetary Fund do not recognise LDCs.

Instead, the Bank only uses income to classify countries, with only low-income countries eligible for concessional loans from both Bank and Fund. Thus, ‘middle-income’ LDCs – so classified due to poor human assets and/or high vulnerability – are left out.

When the Agreement on Trade-Related Aspects of Intellectual Property Rights (TRIPS) was adopted in 1995, LDCs were given more time to comply: first, until November 2005, extended to July 2013, then July 2021, and most recently, July 2034. But such ad-hoc postponements undermine LDCs’ long-term planning.

Instead of the current ‘case-by-case’ approach, LDCs need more predictability. The grace period should be while a country remains an LDC, say, plus a further 12 years after graduation, as proposed by Chad. The 12-year ‘grace period’ should also apply to other “international support measures”, including all types of special and differential treatment.

LDCs account for only 0.13% of global trade. But despite touting trade liberalisation as necessary for development, OECD countries have not given LDCs much access to their own markets. Allowing more meaningful ‘duty-free, quota-free’ (DFQF) access is thus crucial to LDCs.

Helpful 97% DFQF access for LDCs to developed country markets was agreed to at the 2005 World Trade Organization (WTO) ministerial in Hong Kong. But most LDC exports are concentrated in a few tariff lines, such as agricultural products and textiles, still subject to constant re-negotiation.

Tariff reduction alone is no panacea, as non-tariff measures have posed barriers to LDC exports. Regulatory standards – e.g., ‘sanitary and phyto-sanitary’ requirements – and ‘Rules of Origin’ clauses limit LDC eligibility for preferences. Even when requirements are met, onerous procedures can still frustrate access.

Also, preferential arrangements – like the European Union’s ‘Everything But Arms’ initiative and the US ‘Generalised System of Preferences’ (GSP) – have often been arbitrarily implemented.

Needing frequent Congressional approval makes GSP unpredictable, ever subject to capricious new conditions. Thus, some US lawmakers are demanding that GSP renewal – which expired on 31 December 2020 – should be subject to conditions such as particular human rights, rule of law, labour or environmental regulation priorities.

Despite the lofty 2000 Millennium Declaration, OECD countries have conceded little since. After the African walkout at the 1999 Seattle WTO ministerial, the promise of a ‘Development Round’ brought developing countries back to the negotiating table. Launched in Doha after 9/11, “with much rhetoric about… global unity”, there was little enthusiasm among rich countries.

Refusing to recognise tariffs as poor countries’ means to protect their farmers and ensure food security, OECD demands ignore their own heavy subsidisation of food agriculture. Also, LDC protection of their modern services – still in ‘infancy’ – is deemed necessary to withstand transnational competition.

Meanwhile, tariffs have fallen with MFN liberalisation, in some cases to zero. Tariff cuts have deprived LDCs of important revenue. ‘Aid for Trade’ (A4T) – purportedly to promote exports – has never tried to compensate developing countries for lost tariff revenue.

Even if market barriers are reduced, most LDCs still lack the infrastructure and support services to export much more. OECD countries demand LDC trade liberalisation even before they have developed sufficient productive capacities. Hence, even ‘graduate’ LDCs fail to become internationally competitive.

The UN report acknowledges even the meagre progress “painstakingly achieved on several dimensions of development, notably on the fronts of poverty, hunger, education and health” has been reversed. Besides emerging challenges, the LDCs conference must also address the roots of their condition. 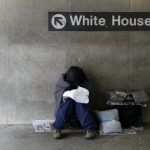 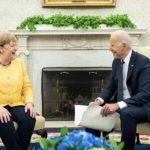 America’s Real Adversaries are Its European and Other AlliesMichael Hudson, USA, World Economy