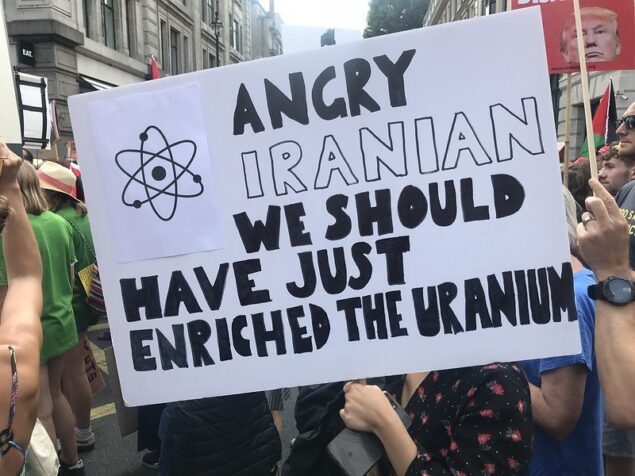 There is an expression in Persian that says when an idiot throws a stone into a well, hundreds of wise people can’t recover it. Now this is the story of Donald Trump’s idiotic decision in May 2018 to withdraw from the 2015 nuclear agreement with Iran known as the Joint Comprehensive Plan of Action (JCPOA) that the United States had signed with China, France, Germany, the UK, and Russia. The agreement was also endorsed by the UN Security Council Resolution 2231.

There is an expression in Persian that says when an idiot throws a stone into a well, hundreds of wise people can’t recover it. Now this is the story of Donald Trump’s idiotic decision in May 2018 to withdraw from the 2015 nuclear agreement with Iran known as the Joint Comprehensive Plan of Action (JCPOA) that the United States had signed with China, France, Germany, the UK, and Russia. The agreement was also endorsed by the UN Security Council Resolution 2231.

The Trump administration’s decision was in-line with the Israeli and Saudi governments’ position to derail the agreement. Both the Israelis and the Saudis vehemently opposed the JCPOA and lobbied the White House aggressively to rescind its signature. Not only did the U.S. withdraw, the Trump administration reinstated the sanctions against Iran and instituted an ever-expanding regime of maximum pressure tantamount to all-out economic warfare. By all accounts, the campaign of maximum pressure was a massive failure. The American disavowal allowed Iran to limit its compliance with the deal and begin to incrementally violate the agreement. Additionally, the Trump administration’s campaign of maximum pressure isolated the U.S. internationally. This left it without recourse to exert any influence on its European allies to contain the Islamic Republic’s gradual, but certain, path toward abandoning its commitments to the JCPOA.

During his campaign, Joe Biden never categorically declared that his administration would rejoin the Iran nuclear agreement. During the campaign, in a CNN op-ed, he wrote that he “will offer Tehran a credible path back to diplomacy. If Iran returns to strict compliance with the nuclear deal, the United States would rejoin the agreement as a starting point for follow-on negotiations.” Later he continued that those negotiations would involve the Islamic Republic’s violations of human rights and Iran’s role in the regional conflicts. That convoluted position did not make it clear whether, as the President, Biden would return to the nuclear agreement without preconditions. This uncertainty became more evident. Unlike rejoining the Paris Climate Accord and renewed membership in the World Health Organization with a prompt executive order, President Biden left the decision on reviving the JCPOA to an unspecified future date.

Last week’s statements by the Biden appointees made the matter unnecessarily more complicated, sounding more like a continuation of the Trump policy rather than its refutation. In his confirmation hearing, Antony Blinken, Biden’s choice for secretary of state, told the Senate Foreign Relations Committee that the new administration believes that Iran needs to resume strict compliance with the nuclear agreement before the US contemplates a return to the JCPOA. In response to the question of lifting the economic sanctions that the previous administration imposed on Iran, Blinken told the committee that “we are a long way from there.” He further added, “We would then have to evaluate whether they were actually making good if they say they are coming back into compliance with their obligations, and then we would take it from there.” The Biden administration’s ultimate aim would be, he reiterated, a deal that also limited Iran’s missile program and support for regional proxies.

In her confirmation testimony, Biden’s pick for the director of national intelligence, Avril Haines, further complicated the formula on rejoining the nuclear agreement. “I think, frankly, we’re a long ways from that,” she responded to Senator Susan Collins’ inquiry. She then added that Biden and his team would “also have to look at the ballistic missile issues, as well as Iran’s other ‘destabilizing activities’ before rejoining the nuclear agreement.” And to leave no doubts, the White House press secretary Jen Psaki, made it abundantly clear that the president believes that “The United States should seek to lengthen and strengthen nuclear constraints on Iran and address other issues of concern. Iran must resume compliance with significant nuclear constraints under the deal in order for that to proceed.”

The Biden administration’s demand that Iran must fulfill its obligations to an agreement from which the U.S. has withdrawn is an Orwellian framing that was highlighted by the Iranian officials. In an op-ed in Foreign Affairs, Mohammad Javad Zarif, the Iranian Minister of Foreign Affairs, argued that the United States needs to return to diplomacy and deliver its obligations to the document they signed in 2015. Once a party leaves an agreement, then that party has no authority demanding others’ compliance to that agreement. Zarif tweeted, “It was the US that broke the deal—for no reason. It must remedy its wrong; then Iran will respond.” The Iranian side argues that the United States needs to rejoin the JCPOA and lift all the Trump-era sanctions without preconditions.

Although the appointment of Robert Malley as the special envoy for Iran sent a reconciliatory signal toward Iran, Antony Blinken, Mr. Malley boss, remains unmoved. After taking office, Blinken reiterated his earlier position that the United States will not return to the nuclear agreement before Iran’s full compliance. On the first day of his new role, Mr. Malley consulted the European partners to sketch a roadmap for reviving the agreement. On the same day, the French president threw another wrench into Mr. Malley’s plans. Mr. Macronstated that any “nuclear deal with Iran would be very strict and should include Saudi Arabia.” How Robert Malley will navigate these terrains of competing interests, Saudi and Israeli pressures, and uncertain Biden policies remain to be seen.

Who goes first in returning to the nuclear agreement is the manifestation of a complex political problem. There is a very simple solution to the question of who goes first. No one. Both sides can very easily declare simultaneously that they are returning to the principles of the JCPOA. Both sides can set aside two weeks in order to offer proof of compliance. This is not a rocket science. But rocket science is exactly what is at stake for the US and its regional allies, the Gulf States, Saudi Arabia, and Israel. Significant pressures are mounting on the Biden administration to amend the nuclear deal to include containment of Iranian missile program and the Islamic Republic’s relation with its regional allies before reentering the deal. The Iranian side will not renegotiate the terms of the JCPOA, period.

There is another group of actors who see in Trump’s withdrawal from the nuclear agreement an opportunity to pressure the Islamic Republic on its violations of human rights. A variety of Iranian opposition groups and expatriates argue that the Unites States must include respect for human rights and civil liberties as a precondition for lifting the sanctions and normalized relations. It is a hard sell for those who are genuinely concerned with the question of human rights to ask the American government to be the agent of that change. So long as our government supports the region’s most oppressive regimes, it is hard to imagine that it has any moral authority or political capital to spend on issues of human rights in Iran. It is deeply cynical to suggest the U.S. government as an advocate of human rights and civil liberties in Iran while it continues to support regimes in whose prisons and occupied lands millions of people are languishing in despair.

There are innumerable problems in Iran, political repression, economic despair, social discontent, gender-ethnic-religious discriminations, deep economic corruption and crony capitalism. But the United States of America cannot and should not be the agent of change in Iran. I do not know how many times in history that simple fact has been proven. There is in Iran a vibrant society that engages these problems at so many different levels. These engagements have brought about significant changes in the country and its political establishment and continue to do so. The best way for Americans to support these transformations is to stop the sanctions and stay clear of the Iranian domestic affairs.

American sanctions and policies of different administrations toward Iran have not produced results that will benefit Iranian people. In Iran:

+ Sanctions have deepened the securitization of society

+ Sanctions have increased corruption and has entrenched crony capitalism

+ Sanctions have given rise to bellicose politics

+ Sanctions have deepened pauperization of the masses

More than thirty years ago, Henry Precht, then the head of Iran desk at the State Department, offered an astute observation that unfortunately still holds true. “The American consensus on Iran is persistent and clear,” he wrote in 1988. “The leaders in Tehran are crazy, blindly ideological, resistant to international law and opinion, and virtually impossible to deal with. And the bad news only gets worse from this wild bunch.” He argued that what motivates the Islamic Republic is “political and economic independence at home, not dominion abroad.” That is why I believe that the solution to the crisis in Iran-U.S. relations was already devised forty years ago in Algiers. In the accord that was signed in 1981 the U.S. pledged that “it is now and will be the policy of the United States not to intervene, directly or indirectly, politically or militarily, in Iran’s internal affairs.” Successive American governments have tried and failed to come to terms with the sovereignty of the Iranian government. A pledge of non-interference and demonstrating that pledge in practice will be the most remarkable gift that the Biden administration can offer Iranian people. By perpetuating a foreign threat, the Biden administration would only stifle demands for social change and political reform from inside the country by those who are persistently exercising their right of self-determination. 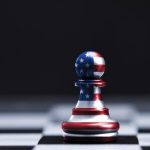 Trump has two months left to attack Iran, and here’s why he mightEconomic Sanctions as Collective Punishment, Iran, JCPOA, US 2020 elections 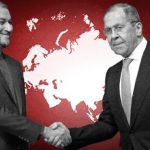