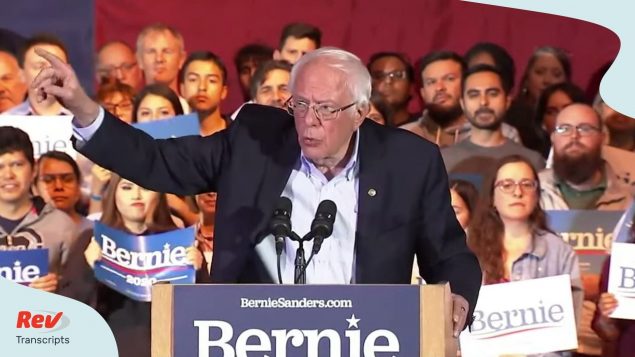 This opinion piece by Dean Obeidallah suggests that the Sanders 2020 campaign, fueled by a populist message, does share some commonality with Trump’s improbable 2016 run.

“Please welcome the 46th President of the United States of America, Bernie Sanders.”

You could be hearing those exact words come 2021. Those who say Sanders has no chance of winning are denying the reality of the current state of American politics. That being said, Sanders may not even end up as the Democratic nominee and, to be clear, I’m not writing this in support of his candidacy. Rather, my point is that Sanders could plausibly win both the Democratic nomination and the White House in 2020, especially given the lessons of Donald Trump’s unexpected win.
I’m loathe to compare Sanders with Trump in any way given that Trump is a man who traffics in bigotry, racism and continually defends Republican men accused of abusing women, such as former Fox News head Roger Ailes after 25 women accused him of sexual harassment.
But the Sanders 2020 campaign, fueled by a populist message, does share some commonality with Trump’s improbable 2016 run.
First, both Sanders today and Trump during his 2016 campaign drew massive, passionate crowds at their rallies. For example, in August 2015, then-candidate Trump drew 30,000 at a campaign event in Alabama. This was at a time when numerous political experts gave Trump almost no chance of winning. In January 2016, shortly before the New Hampshire primary, Trump attracted approximately 8,000 supporters at his rally near the border of neighboring Massachusetts.
Today, Sanders is seeing comparable numbers and energy surrounding his campaign. Last Sunday, Sanders was scheduled to hold a rally at a 5,000-seat venue in Denver, but because of a tsunami of demand, the campaign moved it to a larger venue where he drew more than 11,000. Two weeks ago, the night before the New Hampshire primary, Sanders packed more than 7,500 into an arena, with USA Today noting that this “event easily marked the largest in the Democratic contest in New Hampshire.”
A second similarity is that many political pundits warned that if either secured the nomination they would not only lose horribly but drag their respective political parties down with them.
For example, Karl Rove, who served as a top adviser to former President George W. Bush, warned in January 2016 that, “If Mr. Trump is its standard-bearer, the GOP will lose the White House and the Senate, and its majority in the House will fall dramatically.” Now-dogged Trump defender and GOP Sen. Lindsey Graham tweeted in May 2016 that “If we nominate Trump, we will get destroyed…….and we will deserve it.”
In fact, some Democrats were “giddy” at the prospect of running against him, predicting he would get crushed the same way the GOP’s very conservative 1964 presidential nominee Barry Goldwater lost to President Lyndon Johnson in that election. In reality, in 2016 with Trump as the nominee, the Republicans held onto control of both the Senate (losing only two seats) and the House.
Today, some Democrats are expressing identical concerns: If the very progressive Sanders is the nominee, it will result in Democrats losing more moderate states and could enable the GOP to regain the control of the House it lost in 2018. Some have recently equated Sanders with the very progressive 1972 Democratic nominee George McGovern, who went on to lose horribly to Richard Nixon by 23 percentage points. Republicans are even expressing “glee” that Sanders might be the nominee, believing they can use his “democratic socialism” as a bogeyman to scare voters.
First, can Republicans paint Sanders’ “democratic socialism” as something to fear? Well, fear is crucial in motivating voters, and GOP politicians are the masters of using it. In recent years, they have warned of threats posed by everything from Muslims to gay marriage and Hispanic immigrants.
It will be up to Sanders and the Democratic Party, if Sanders wins the nomination, to explain that he’s not a socialist in the traditional sense. Rather, as he explained in a 2019 speech on the topic, his focus is completing President Franklin D. Roosevelt’s “New Deal” by, among other things, ensuring all Americans have health care as a right and helping to close the income equality gap by raising the minimum wage.
But comparisons to McGovern’s electoral fate fall flat. In head-to-head matchups in 1972, Nixon never polled less than 53% while McGovern never got over 38% — trailing Nixon at times by over 30 points. In contrast, last week’s Washington Post/ABC poll shows Sanderstopping Trump 51% to 45%. Obviously, this poll doesn’t mean the election will turn out that way, but it does make it clear Sanders currently attracts more support than McGovern ever did and that Nixon was far more popular in 1972 than Trump is today.
We are only three contests into the Democratic process to pick a nominee, and no one knows for certain who that will be. And regardless of who it is, Trump could still win re-election. But one thing is certain: History does tell us Bernie Sanders has a viable chance of sitting behind the desk in the Oval Office come January 20, 2021. 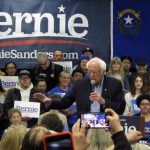 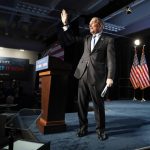