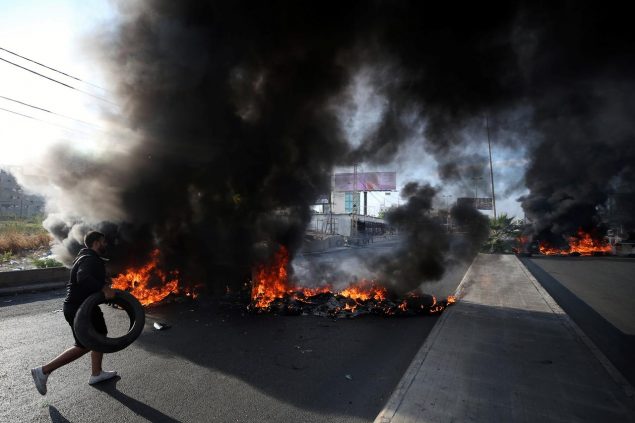 Some say that Beirut has always been in possession of brain and guts, but something happened to its heart…Now nothing really works here. But if you have millions of dollars, it does not really matter; you can buy anything here. If you are poor, destitute – abandon all hope. And the majority of the people here are now miserably poor.

Tyres are burning, smoke is rising towards the sky. It is October, the 18th day of the month, the capital city of Lebanon, in the past known as the “Paris of the East”, is covered in smoke.

For years I was warning that the country governed by corrupt, indifferent elites, could not hold together, indefinitely.

For all those five years when I was calling Beirut home, things were going down the drain. Nothing was improving: almost no public transportation, electricity shortages, contaminated and erratic water supply. Periodically, garbage has been piling up along the streets and suburban roads. Once an airplane lands and the doors open, the terrible stench of garbage welcomes us, residents of Beirut, back home.

Almost everyone knew that all this could not continue like this, forever.

The city was suffering from 4th World diseases, while simultaneously being flooded with Land Rover SUVs, Maserati and Porsche sports cars, and Armani suits.

Beirut has almost collapsed to Jakarta levels, although, one has to admit, with extremely smart, highly educated and sophisticated elites, capable of conversing simultaneously in three world languages: French, Arabic and English. Also, with first rate art galleries, art cinemas, posh bars and nightclubs. With lavish marinas and the best bookstores in the entire Middle East.

Some say that Beirut has always been in possession of brain and guts, but something happened to its heart.

Now nothing really works here. But if you have millions of dollars, it does not really matter; you can buy anything here. If you are poor, destitute – abandon all hope. And the majority of the people here are now miserably poor. And no one even knows precisely how many are destitute, as a census is forbidden, in order ‘not to disturb religious balance’ (it was, for years, somehow agreed on, that it is better not to know how many Christians or Muslims are residing in the country).

It is certain that most of people are not rich. And now, outraged by their rulers, corrupt politicians and so-called elites, they are shouting, loudly and clearly: “Enough!”, Halas, down with the regime!”

The government decided to impose a tax on WhatsApp calls. Not a big deal, some would say. But it was; it is, it suddenly became a big deal. “The last drop”, perhaps.

The city exploded. Barricades were erected. Tires were set on fire. Everywhere: in the poorest as well as in the richest neighborhoods.

Lebanon has a history of left-wing, even Communist insurgencies. It also has its fair share of religious, right-wing fanaticism. Which one will win? Which one will be decisive, during this national rebellion?

The Communist Party is now behind several marches. But Hezbollah, until now the most solid social force in the country, is not yet convinced that the government of Saad al Hariri, should simply resign.

“Lebanon’s Hezbollah leader Sayyed Hassan Nasrallah said… that the group was not demanding the government’s resignation amid widespread national protests.

Nasrallah said in a televised speech that he supported the government, but called for a new agenda and “new spirit,” adding that ongoing protests showed the way forward was not new taxes.”

Any tax imposed on the poor would push him to call supporters to go take to the streets, Nasrallah added.”

So far, the rebellion has left countless people injured, while two Syrian immigrants lost their lives. Some local analysts say that this is the most serious uprising since the one in 2015 (which included the “You Stink!” campaign, reacting to the appalling garbage crises in Beirut and to the worsening social disaster), but others, including this author, are convinced that this is actually the most serious political catastrophe Lebanon has been facing since the 1980’s.

One hears anger, on every corner of the capital, in cafes and local stores:

Even those who used to be far from any political activities, are now supporting protesters.

Ms. Jehan, a local staff member at a UN office in Beirut, is one of those who found herself on the side of the rebellion:

“What is happening to Beirut and all over in Lebanon is good. It is about time we stood up. I will go too. This has nothing to do with religions. It is about our shattered lives.”

Reading Western mainstream media, one could begin to believe that Lebanon’s main problems are issues like foreign debt (Lebanon is, on a per capita basis, the third most indebted country on earth. The debt stands at 150% of its GDP), miniscule real reserves (US$ 10 billion), and the way the country interacts with the donors and lenders. IMF and its “advice” are constantly mentioned.

But even news agencies like Reuters have to admit that the entire mess is far from just about structural problems:

“As dollars have dried up, banks have effectively stopped lending and can no longer make basic foreign-exchange transactions for clients, one banker said.”

““The whole role of banks is to pour money into the central bank to finance the government and protect the currency,” he said. “Nothing is being done on the fiscal deficit because doing something will disrupt the systems of corruption.””

And here is the key word: “Corruption!”

Lebanon’s elites are shamelessly corrupt. Only such countries like Indonesia are able to compete with the Lebanese troglodyte clans, when it comes to stripping the entire nation of its riches.

Almost nothing is clean, or pure in Lebanon, and that is also why there aren’t any statistics available.

Money comes from the monstrous and ruthless exploitation of natural resources in West Africa. Everybody knows it, but it is never addressed, publicly. I worked in West Africa, and I know what the racist Lebanese ‘business people’ are doing there. But money stolen from the Africans does not enrich Lebanon and its people. It ends up in the Lebanese banks, and spent on lavish yachts, tacky and overpriced European sports cars, and inside bizarre private clubs in and around the capital. While many Lebanese people are near starvation, airplanes flying to Nice, Venice or Greek Islands are constantly packed with la dolce vita seekers.

Lebanon makes billions of dollars from narcotics, particularly those cultivated and refined in the Beqaa Valley. They get exported mainly to Saudi Arabia, for the consumption of the rich, or injected into the battlefields in Yemen and Syria, so-called combat drugs. Again, everyone knows it, but nothing is done to stop it. Hundreds of families, from farmers to politicians, got filthy rich on that trade. This adds a few more super-yachts at the proverbial Beirut marinas.

Then, there is ‘foreign aid’, ‘European investment into infrastructure’, Saudi and Qatari money. Most of it goes, directly, into the pockets of corrupt officials, to the so-called ‘government’, and to its buddies, contractors. Almost nothing is built, but the money is gone. Lebanon has railroad employees who are getting their monthly paychecks, but no railways, anymore. Train station had been converted into vodka bar. Lebanon begs for money so it can host refugees from all over the region, but much of the money ends up in a few deep pockets. Very little goes to the refugees themselves, or to the poor Lebanese people who have to compete for low-paying jobs with the desperate Syrians or Palestinians.

The poor are getting poorer. Yet, Ethiopian, Philippine and Kenyan maids are dragging the groceries of the rich, wiping spit off the faces of babies born into elite families, and cleaning toilets. Some get tortured by their masters, many commit suicide. Lebanon is a tough place, for those who do not look Phoenician or European.

And the slums in the south of Beirut are growing. And some Lebanese cities, like Tripoli in the north, look like tremendous slums, altogether.

Ali, a receptionist at a hotel in downtown Beirut laments:

“I work here as a receptionist for 14 hours and earn only 540 USD every month. I need a minimum of 700 USD to survive. I have a sister in US and want to visit her only for a week, but there is no way I can get visa. I am only 24 years old. I see no future in this country, like so many thousand others protesting in the streets of Beirut.”

According to various estimates, Lebanon may collapse as early as in February 2020. No more money can be looted. The end game is approaching.

If it does collapse, the rich will have their golden parachutes. They have their families abroad: in Australia, Brazil, France. Some have two passports, others have houses in the most desirable parts of the world.

The poor will be left with absolutely nothing: with a carcass of a country, previously looted by its own elites. There will be rotting, ageing Ferraris, all over, but one cannot eat carcasses of cars. There will be lavish but abandoned swimming pools, right next to polluted and destroyed beaches.

People know it, and they have had enough.

Mohamed, a worker at a Starbucks cafe in Beirut is determined:

“This is terrible but it is about time. We can take no more. We need to change the country, drastically. This time things are different. Not about who we worship but about our daily lives.”

Lebanon, in comparison to other shamelessly-capitalist countries, is well-educated. People here cannot be fooled.

The rebellion against the elites has just begun. People want to take back their country. 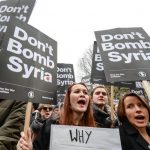 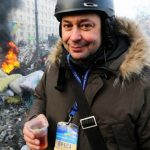