Over thirty years ago, the moral philosopher Alasdair MacIntyre noted that an inability to engage competing rationalities critically disables the proponents of the moral and intellectual tradition failing to do so. That kind of fundamental, banal critical failure has always characterized the societies of the Western imperialist powers, in every sphere of intellectual and moral life. It may have been less noticeable before the current advent of a challenging multi-polar world, but the resulting crisis of Western elites’ power and prestige has highlighted their innate moral and intellectual bankruptcy as never before.

Over thirty years ago, the moral philosopher Alasdair MacIntyre* noted that an inability to engage competing rationalities critically disables the proponents of the moral and intellectual tradition failing to do so. That kind of fundamental, banal critical failure has always characterized the societies of the Western imperialist powers, in every sphere of intellectual and moral life. It may have been less noticeable before the current advent of a challenging multi-polar world, but the resulting crisis of Western elites’ power and prestige has highlighted their innate moral and intellectual bankruptcy as never before.

Anyone challenging the moral and intellectual bad faith of entrenched corporate elite interests gets attacked or ignored. Various otherwise quite well-known figures defending Julian Assange against US and allied NATO country governments’ efforts to destroy him, have experienced this, finding themselves attacked or marginalized even more than usual. Slightly different, but ultimately just as sinister, has been the treatment of dozens of very eminent scientists questioning received wisdom about the current COVID-19 outbreak. In both cases, justice and freedom of speech are important underlying motifs.

Few are surprised that defenders of Julian Assange against the UK injustice system are misrepresented or excluded by imperialist country governments supported by all the disinformation outlets their countries’ oligarchs control. However, scientists questioning public policy on COVID-19 find themselves marginalized not only by dominant liberal opinion but also by majority progressive opinion too. Eminent scientists like John Ioannides, Sunetra Gupta, Sucharit Bhakdi, Alexander Kekulé, Dolores Cahill and dozens of others find themselves in effect, if not disappeared, certainly generally excluded from public discussion.

Overall, Western liberals and progressives have failed to engage, let alone credibly refute, the arguments of this very significant, unquestionably well-qualified body of scientific opinion. Nor do they engage  the savage class attack enacted as public policy on COVID-19 to impose a corporate capitalist economic reset on the peoples of North America and Europe.  In a similar way, the West’s disinformation lynch media have misrepresented the case against Julian Assange, lying about the facts and unjustly smearing him at every turn while also burying the massive attack on free speech his probable extradition to the US represents.

In general, prescribed untruths are propagated and imposed not just via corporate news and entertainment media, but also by almost all the main international information sources. These include practically all the high profile international non governmental organizations and practically every international institution in the United Nations system, the European Union or the Organization of American States. Sincere witnesses to truth have little to no chance of surviving uncompromised in these morally and intellectually corrupt organizations and systems.

Sinister political power and corporate money smother and suffocate efforts to challenge the cynical, mendacious status quo. Extreme historical examples in the US include the murders of Malcolm X and Martin Luther King and the subsequent persecution of the Black Panther movement. A great number of anti-imperialist heroes like Leonard Peltier, Mumia Abu Jamal, Ana Belen Montes or Simon Trinidad, among many others, remain unjustly imprisoned. Among current examples of Western information perfidy, the Assange show trial, the Organization for the Prohibition of Chemical Weapons scandal and the prolonged Russiagate farce stand out.

Everyone will have their own experience of this reality. For example, efforts to suppress the “Planet of the Humans” film highlighted how corporate money moulds, manipulates and corrals opinion in favor of a phony Green New Deal which environmentalists like Cory Morningstar have challenged for years against systematic suppression of their arguments. Liberal and progressive environmentalists mostly exclude incisive class-conscious analysis while celebrating pseudo-progressive, corporate-friendly pap. Across the board, systematic disinformation deliberately negates democratic process by denying people fair access to vitally relevant factual appraisal and analysis. Knowledgeable people presenting well attested evidence find themselves effectively disappeared.

For people in countries targeted by the North American and European imperialist powers none of this is new. In most Western foreign affairs reporting on countries from Russia and China, to Iran and Syria, to Venezuela and Cuba, intellectual and moral honesty are almost entirely absent. In the majority world, this experience of being practically invisible extends to whole peoples. Most people in North America and Europe could hardly care less about people far away in distant, usually culturally very different countries. Very few people know enough to be able to effectively challenge the unending deceit of most official Western accounts of events in those countries targeted by North American and European oligarchies and the governments they direct.

In Latin America and the Caribbean, Haiti is perhaps the most egregious example, or maybe Honduras, or perhaps Bolivia… Unquestionable though, is the vicious, psychopathic hatred propagated by Western media, NGOs and institutions against Cuba, Nicaragua and Venezuela. These are the last three revolutionary governments in Latin America left standing after the wave of US and EU promoted coups and lawfare offensives of the last fifteen years. In Cuba’s case, the hatred is occasionally dressed up as grudging recognition of the Cuban Revolution’s great example of international solidarity and love between peoples, embodied in so many ways, but above all by its unparalleled international assistance during the ebola and COVID-19 outbreaks.

If influential media outlets, NGOs and international institutions in the West really admired Cuba’s infinitely-far-beyond-their-reach example of human love and solidarity , they would campaign relentlessly demanding an end to the criminal US coercive measures attacking Cuba’s people’s basic well-being. Of course they do not, because they are cynical hypocrites who detest Cuba’s revolutionary commitment to and defence of the human person as the centre and focus of the country’s national development. The same is true of Venezuela and Nicaragua. On these two countries, Western disinformation media, NGOs and institutions have sunk to previously unplumbed depths of in-your-face criminality and odious falsehood. 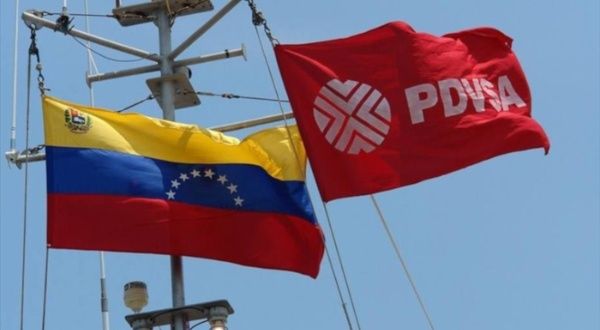 Despite everything, Venezuela continues resisting outright violation of basic UN principles by North American and European elites who have directed their countries’ regimes and institutions to steal Venezuela’s wealth and attack the country’s people, just as they did successfully to Ivory Coast and Libya up to and including 2011. They have attempted to do the same to Iran, without success. Despite every indication to the contrary, they believe the delusion that by destroying Venezuela they stand a better chance of overthrowing the Cuban and Nicaraguan revolutions and crushing the nationalist revolutionary impulse in the region for good. They can barely tolerate even the social democrat versions of that impulse in Mexico and Argentina.

Nicaragua is still in the early stages of Western attempts to attack its people so as to weaken support for the country’s Sandinista government led by President Daniel Ortega. That is likely to change through 2021, which is an election year here in Nicaragua. In Nicaragua’s case, the big lie is that the country is a brutal dictatorship that has failed to protect its people from COVID-19. Precisely the opposite is true. Nicaragua has been the most successful country in Latin America and the Caribbean in protecting both its people’s health and their economic well being during the international COVID-19 crisis. Similarly, it is the country’s political opposition, bankrolled, trained and organized by the US government and its European Union allies, which has brutally attacked Nicaragua’s people. They did so using armed violence in 2018 and they have done so by demanding more and more illegal coercive economic measures against their own country from both the US and the EU. Likewise, they promote an endless international disinformation war.

Not one international human rights NGO or any international human rights institution has researched the experience of the thousands of victims of Nicaragua’s opposition violence in 2018. Not Amnesty International nor Human Rights Watch nor the International Federation for Human Rights nor the Inter-American Human Rights Commission nor the Office of the UN High Commisioner for Human rights, nor any European Union institution, none of them have. To do so would reveal the big lie that the opposition protests were peaceful. Every single one of those institutions has falsely claimed the Nicaraguan government brutally repressed peaceful demonstrations in 2018. All the Western corporate media and alternative information outlets covering international affairs have parroted that lie. The truth about Nicaragua and the events of 2018 is available in independently produced texts, audio visual material and testimonies like these:

So far, virtually none of this substantial material or other available material has been publicly addressed or seriously analyzed by any academic, anywhere, comparing, contrasting and appraising official accounts, witness testimony and audio-visual and documentary evidence. Practically every single academic writing on Nicaragua has been content to regurgitate the same lies and misrepresentations spread about by all Western media, NGOs and institutions who have relied absolutely exclusively on US government funded opposition sources. None of them have done genuine original honest research on the issue of opposition violence. Not one. All the abundant material documenting the truth of what happened in Nicaragua in 2018 is invisible.

Being made invisible by Western media, NGOs and academics is nothing new. It just means becoming subsumed in the anonymous masses of the majority world whom the Western elites have always looted, murdered and abused. Despite this reality, the overwhelming majority of people in North America and Europe hold the irrational, ultimately self-destructive belief that their rationality is morally superior to their rivals’. To make sure they hold on to that demented false belief, their ruling classes have to disappear the truth, whether it’s to do with an individual like Julian Assange or a whole country, like Cuba, Nicaragua or Venezuela. 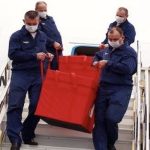 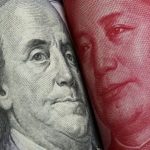 What is to be done? A manifesto for politics amid the pandemic and beyond – Part fiveCOVID-19 Corona virus, Radhika Desai, World Economy