Brazil, Canada, Chile, Colombia, Costa Rica, Guatemala, Honduras, Mexico, Panama, Paraguay and Peru are part of the so-called Lima Group, a bloc of countries that was formed on August 8, 2017 in the Peruvian capital to supposedly “find solutions to the crisis in Venezuela,” although it is based on support for the dual power strategy promoted by the United States.

Brazil, Canada, Chile, Colombia, Costa Rica, Guatemala, Honduras, Mexico, Panama, Paraguay and Peru are part of the so-called Lima Group, a bloc of countries that was formed on August 8, 2017 in the Peruvian capital to supposedly “find solutions to the crisis in Venezuela,” although it is based on support for the dual power strategy promoted by the United States.

Let us clarify that, according to the experts, the Lima Group is not an international body or organization and therefore does not represent any authority or mechanism with any power in diplomatic matters, such as the Organization of American States, but this group of countries has taken on the task of demanding the release of political prisoners in this country and alludes without evidence that in Venezuela there is a “rupture of the democratic order.

They are supporting fugitives from Venezuelan justice like Leopoldo López, Julio Borges and the opposition deputy Juan Guaidó, who have been denounced by the government of President Nicolás Maduro for coup d’état actions that have damaged the institutions in Venezuela.

Although in the media environment they are shown as a homogeneous and solid group, the internal wounds of each country have made them look for the mote in the eyes of others. Argentina and Mexico decided on October 13 of this year not to sign a declaration issued by the Lima Group expressing support for Juan Guaidó.

This body insists on not recognizing the parliamentary elections that will be held on December 6 in Venezuela. Before achieving their objectives in the South American nation, however, the masks with the realities of each country have begun to fall

Brazil: the giant that surrendered its sovereignty to the United States

The economic crisis that the government of President Jair Bolsonaro attributes to the coronavirus has led 1.5 million citizens to apply for unemployment insurance. Between March and April the requests increased by 31%, with respect to the same period of the previous year, according to data from the Ministry of Economy. Those who are not unemployed in Brazil have to endure a reduction in their workday and salary. More than 7 million workers are under this new regime.

Thirteen and a half million Brazilians are in misery and almost 8 million families are homeless. In recent days, the death of a black man after being brutally beaten by supermarket guards, has shocked public opinion: a case similar to the murder of the American George Floyd during the administration of President Donald Trump.

The Brazilian government decreed a situation of public emergency on November 22 in the Amazonian state of Amapá. Since November 3, a series of blackouts have occurred in 14 of the 16 municipalities in that region.

Brazil will begin the year 2021 with a record debt of 95% of the GDP and a deficit of around 12%. In the face of economic catastrophe, President Bolsonaro continues to appeal to the formula of privatization and his hard-line voter base, judging by the latest statistics, was displaced and did not vote for him in the municipal elections of November 15.

Eduardo Bolsonaro, son of the current president, believes that President Nicolás Maduro will only leave power “by force” while Brazilian political forces grouped in the moderate center-right work to prevent his father’s reelection in two years. Brazil is acting as a satellite country of the United States, a fact that was confirmed after a visit by Mike Pompeo in September 2020. Admiral Craig Faller, commander of the US Southern Command, had already declared last March that the military agreement signed between Brazil and the US “will facilitate the fight against regional threats”. An escalation shot fired against Venezuela.

Chile has its own museum of protest

The government of President Sebastián Piñera has always argued that stability is what best defines his country’s economy. That stability is lacking these days in his presidential administration. With more than 78% of the votes, the victory of the “Approval” was imposed in a conclusive manner in the nation and represented an anti-Piñera backlash at the polls.

In Chile, the coronavirus pandemic mercilessly exhibits the deficiencies of Piñera’s management: there are 537,585 infections and more than 15,000 deaths from coronavirus. Covid-19 caused a drop in Chile’s GDP in the second quarter of 14.1%, the largest since 1986, and the Central Bank estimates a recession of up to 5.5% this year.

The Chilean president, who said that his counterpart Nicolas Maduro’s days were numbered, now sees black clouds coming over his political horizon: thousands of citizens have taken to the streets since October 2019 in rejection of the package that deprives the public sector of financing and, according to social movements, opens spaces for more privatizations.

Last week he had to remove the Director of the Carabineros, Mario Rozas, because the day before two minors from a state home were shot by agents of the institution. Carabineros, a police organization inherited by Pinochet, has been in the spotlight for decades for human rights violations throughout the country and has never been brought to court to end its impunity.

Colombia: peace is only a memory

On November 22, a new massacre was confirmed, the 75th this year. Seven people were killed in El Mango, Cauca. So far this year, 256 leaders and human rights defenders have been killed. President Ivan Duque, who in September of last year called on the international community to act against his Venezuelan counterpart, Nicolas Maduro, for crimes against humanity, has chosen to support his country’s security forces.

Colombia is experiencing today a pandemic of warfare covered by impunity. The more than 7 US military bases that operate in Colombian soil and the existing military alliance between Colombia and the US are being rejected throughout its territory, but President Duque chooses to speak of Venezuela in his speeches while he tries to ignite the nationalist spirit against the territory and brotherly people that have been home to millions of compatriots for more than 40 years and who fled their land in search of a better future on Venezuelan soil.

Meanwhile, those who live in national territory have been informed that in the third quarter of 2020 the Colombian economy fell 9.0 %. According to the Institute of International Finance (IIF), Colombia’s government debt has risen from 51.3% of GDP in September 2019 to 62.2% at the end of the third quarter of this year. Antipersonnel mines are still installed on Colombian soil. They kill or injure approximately 1,000 people each year and remind Colombians of the fear that the scourge of their political class has installed.

Guatemala: the President asks the OAS for help

The Guatemalan Congress was set on fire on November 21, for authorizing the passage of an abusive law behind the backs of citizens: it included the self-assignment of $9.8 million per month in parliamentary per diem and $20 million in allowances.

The national strike on November 23, called for the departure of President Alejandro Giammattei who, according to local experts, earns $18,000 a month and in the Presidential House, more than $4,000 is used for daily food while a worker does not receive even two dollars a day.

The Congress of the Republic costs more than 4,000,000 dollars per month. How many people know these figures and that the Guatemalan Vice President himself, Guillermo Castillo, said in a press conference that the country is not “well” and urged President Giammattei to resign jointly to “oxygenate” Guatemala? Only recently, when the Congress burned down, international media showed havoc and showcased experts alluding to the need to “not vandalize public or private institutions” and gave public voice to President Giammattei’s decision to invoke the Magna Carta of the Organization of American States, OAS, and help him sustain democracy in his country.

Every torch thrown at the Parliament building carried years of neglect, governmental abandonment and exploitation of those who have nothing. Will the OAS be the institution to plant democratic constitutional order in the country?

The intensity of the social protest has generated in this country a latent permanent political instability. In this 2020, the so-called rebellion of the Bicentennial Generation – as the young people who participated in the protests are called – seeks to bury the political system as old and corrupt.

According to a recent IEP survey, 60% of young people between 18 and 24 years old have much or some interest in politics, up from 43% last February.

Weary of the cynicism of the political class that boasts economic growth between 2000 and 2019, Peru’s GDP registered an average expansion of 4.8 percent – one of the highest rates in the region – although many of the historic deficits remain stuck at zero when it comes to providing citizen welfare.

The low investment in health, 3% of GDP, far from the 6% recommended by the World Health Organization (WHO), explains why there were high numbers of deaths per covid-19 in the midst of the pandemic.

The United States has 8 military bases on Peruvian soil as of 2018. According to the US Department of Defense, US military assets in Peru are worth $14.2 million.  If this is happening in some of the countries that comprise the Lima Group, then why is Venezuelan land, a fertile refuge and shelter for thousands of foreigners from Colombia, Chile, Peru, Trinidad, Argentina and even Uruguay, being singled out by the governments of this Group as a scapegoat for their own crises?

According to Alicia Bárcena of the Economic Commission for Latin America and the Caribbean (ECLAC), “This disenchantment of society is a turning point in a development model associated with the concentration of wealth and environmental degradation.

Venezuela will hold elections on December 6, to endorse its commitment to peace and appeal to the ballot box to stop foreign xenophobia (even if Donald Trump, Martin Vizcarra, Yanine Añez and other US satellite politicians are no longer in power) and to seek consensus to solve the country’s real problems together with international allies such as Russia, Cuba, Iran, China and Turkey. 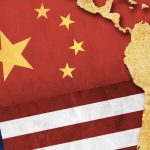 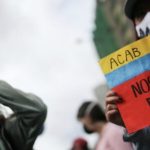