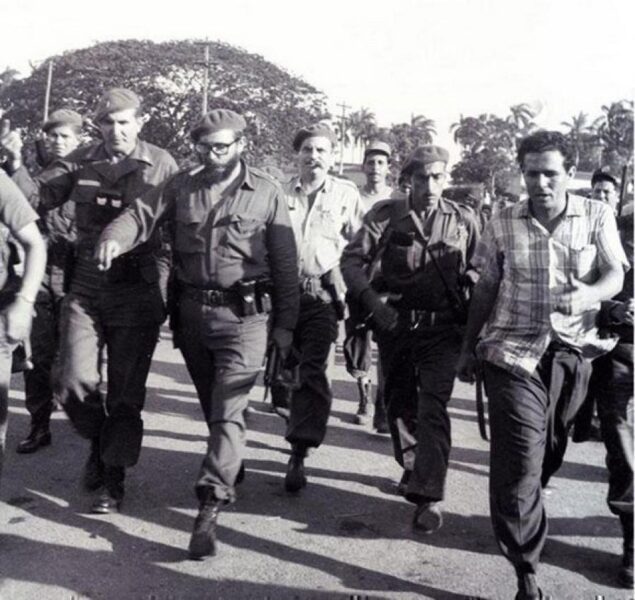 In less than 72 hours, the Cuban people not only proved to the world that a small sovereign nation could defend itself against the biggest military power in the world. But that it could do so while declaring itself a socialist revolution in the process. 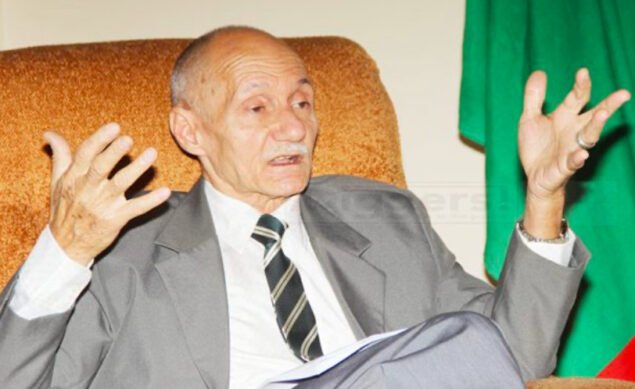 In less than 72 hours, the Cuban people not only proved to the world that a small sovereign nation could defend itself against the biggest military power in the world. But that it could do so while declaring itself a socialist revolution in the process.

The Bay of Pigs invasion, Playa Girón, or Girón Beach in English, as the Cubans refer to it, was the first time US imperialism was defeated. That is why the events surrounding Playa Girón have a historic significance in the history of Cuba and the entire struggle of the oppressed throughout Latin America and the world.

After the heroic victory of the Cuban Revolution under the leadership of Fidel Castro in 1959, Cuba fought against constant US-sponsored terrorism by counter-revolutionaries seeking to overthrow the Cuban Revolution that had liberated themselves from the US-backed dictator Fulgencio Batista.

One of the most infamous attacks took place on March 4, 1960, when the CIA orchestrated the bombing of the Belgian freighter La Coubre at Havana seaport, killing over 100 people and injuring hundreds more.

As if these constant acts of terror were not enough, the United States helped train mercenaries and plan a military invasion campaign from within Guatemala and Nicaragua and in several US states like Florida and Alabama. The campaign, which had the objective of overthrowing the revolutionary government of Cuba, began on April 15, 1961, two days before the actual ground invasion of Playa Girón. On that day, several US planes that were painted to look Cuban flew out of Nicaragua and bombed three airports in Cuba with the goal of neutralising Cuba’s air force. The attack killed several civilians.

The attack prompted thousands of Cubans to take to the streets on April 16 to pay tribute to the innocent lives lost the day before. On the corner of 23rd Avenue and 12 Street in central Havana, near the Colon cemetery, after the burial of those killed the day before and amidst a massive crowd of armed revolutionaries, Fidel proclaimed the Cuban Revolution to be a socialist revolution.

He connected the great achievements of the agrarian reform, education and health programmes just initiated, to the struggle against imperialism and tied them all together to the need for socialism. Analyzing the moment, he correctly stated, “What they cannot forgive is that we have made a socialist revolution right under the very nose of the United States!”

That declaration was welcomed by the thousands of women and men in attendance who lifted their rifles in a sign of approval for the direction of the Revolution and the whole country mobilised along with the Revolutionary Armed Forces to protect the newly declared socialist revolution from imperialist invasion. The whole country was on state of alert; no one knew where the invasion would occur.

The US imperialists banked on their bombing campaign to disrupt Cuba’s ability to fight back, because their plan went far beyond just landing 1,500 Cuban mercenaries.

Their idea was that once the invaders established a beachhead, US Marines would land to help the so-called “provisional government.” Several US warships waited off the coast. Counterrevolutionary ground troops of the mercenary brigade 2506 landed on April 17, 1961. The operation was met by a large and highly coordinated Cuban resistance from the militias and the army, whose direct command came from Fidel, who was to be found all time on the frontlines of the battle against the invading counterrevolutionaries.

Using all the equipment and armaments available to them and after intense fighting that led to the death of over 150 revolutionaries, the armed forces crushed the invasion. With it, they crushed the hopes of US imperialism to once again control the resources and destiny of a socialist nation only 90 miles off its coast. The truth is that the US government failed – and still fails – to see that the revolution had such massive support that no amount of military power was going to succeed.

Sixty years have passed and Cuba continues its socialist path despite the increased economic, trade and financial sanctions imposed by the United States to kill the Cuban people by hunger and disease. Today the Cuban people are more united than ever behind the Communist Party of Cuba, as well as celebrating the 8th Congress of the Party, while paying tribute to those who perished in the struggle.

The main pillars of the revolution are intact, which means to reinforce our daily battle for economic and social transformation, for progress and sustainable development, the fight against COVID-19 with the production of five vaccines (the only country of the Third World to do so) despite the economic and financial blockade of the United States and our readiness to share and help other friendly countries.

The Communist Party of Cuba is not an electoral party; it does not stand candidates in the national, provincial and municipal elections held regularly in Cuba. Its members, however, do work within the mass organisations, such as the Federation of Cuban Women and the Committees for the Defence of the Revolution, which have a presence in nearly every Cuban street and bloc. This has made the Communist Party keep its guiding role within society, without a reliance on electoral success – something to ponder on for those who maintain illusions about a parliamentary road to socialism.

Education and health are provided as a right to all citizens, free of charge. Cuba spends more of its GDP (gross domestic product) on education than any other country in the world. It also leads the world in medical care, with the emphasis on preventive medicine, provided by doctors who live among the people they serve. It also sends many medical brigades to help other countries and save lives in Latin America, Africa and Asia, etc. such as the Henry Reeve Medical Contingent.

Women make up a majority of parliamentarians, the second-highest proportion in the world. More than 60 per cent of university students are women, as are the majority of professionals. This is assisted by state-subsidised abortion and child services as well as education programmes that make men share the domestic duties, such as cleaning, cooking, and looking after children – something that has allowed Cuban men also to break free of the negative effects of traditional roles.

These achievements make the Cuban standards of living very attractive to those living in the Global South. Travelling through Cuba, one will not find people living in overcrowded barrios, run by armed gangs peddling drugs and prostitution – in fact drugs of all kinds are illegal; instead one will find people content to socialise in their communities, with children playing even into the late evenings in the back streets of Havana, free from concern. This is in stark contrast to the everyday life of others in the Caribbean and elsewhere.

Cuba, a small country of 11 million people, has always lent the hand of friendship to other peoples of the Third World. Cuban internationalist volunteers were instrumental in preventing apartheid South Africa and the West from defeating the national liberation movements in Angola and Namibia, with the Cuban-led military victory at the Battle of Cuito Cuanavale being a turning-point in that conflict and contributing to the downfall of apartheid. Cuban medical volunteers keep up that tradition, it be those who took part in Operation Miracle in Venezuela or those who assisted in treating Ebola victims in Africa.

These achievements, impressive in any context, have meant that Cuba is a prime target of US imperialism, which has maintained an illegal blockade on the country since shortly after the Revolution. The blockade differs from an embargo, in that it prevents third-party countries from trading with Cuba, meaning that the importing of materials as diverse as oil and pencils is either extremely expensive or, in some cases, impossible.

The cost of the blockade is in the hundreds of billions of dollars, and prevents Cuba from achieving even more successes, not to mention depriving the world of Cuban expertise in the fields of health and education.

The linchpin in the transformation of the Cuban Revolution from a democratic to an explicitly socialist revolution was the experiences of the people in the democratic struggle itself, with the role of the United States in propping up Batista becoming more and more obvious, as was the role of the criminal Cuban bourgeoisie as a dependent on foreign capital.

The Agrarian Reform, one of the first major policies of the revolution, proved to be much more than a mere reform or tinkering with the system. It eliminated large landholdings and thus, to quote an article in Granma, the Communist Party’s daily paper, “led to greater transformations within the Revolution and, for some scholars, established its agrarian, anti-imperialist, democratic-popular character, since the awarding of land to those who worked it affected not only Cuban latifundistas [big landowners] but foreign owners of huge estates as well, especially from the United States.”

This was a transformative demand, which matched where Cubans were in their political consciousness but also allowed them to increase their standing in society and give them the confidence to challenge the system at its strategic weak points.

This allowed the revolution to combine political-economic demands with a patriotic position. It was the unfinished business of the Cuban War of Independence, which ended in 1898, and in keeping with the life of José Martí. It was the risen people who came from this struggle that endured the “Special Period” (the disastrous effects of the demise of socialism in the USSR and Eastern Europe in 1989–91) and today continue to build a socialism that, while proud of its past, is looking to the future. Successful revolutions are never-ending, and the Cuban Revolution does not plan to moderate any time soon. 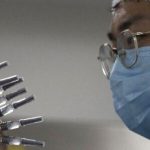 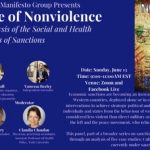