The Bank of England has looted Venezuela’s gold! Tell them to give it back to the Venezuelan people!

It is unconscionable that the British government won its lawsuit to keep Venezuela’s gold frozen in the Bank of England. The Venezuelan economy has been battered by sanctions for over three years, claiming the lives of 100,000 people and devastating the nation’s economy. The Bank of England should play not any role in the Trump administration’s efforts at overthrowing any government, let alone one that was democratically elected.

The Bank of England’s claims that it is fully independent from “day-to-day political influence” are contradicted by its actions, and instead appear to be coordinated with those of the British government.

For example,former U.S. National Security Advisor John Bolton, in his new book, claims that then-U.K. Foreign Secretary Jeremy Hunt was “delighted to cooperate” with the Trump administration’s efforts to strangle the Venezuelan economy. Moreover, through the U.K.’s Freedom of Information Act, journalist John McEvoy revealed the existence of a secretive ‘Unit for the Reconstruction of Venezuela’,  through which the U.K. government has been actively participating in regime change.

The British government’s argument in court revolves around who the legitimate president of Venezuela is. This is flawed in its conception – it is not up to the United Kingdom to determine another country’s president, it is up to the voters of the country. In 2018, Venezuelan voters re-elected President Nicolás Maduro to another five year term.

Juan Guaidó, the self-proclaimed interim president, was not elected. His alleged “ambassador” to the U.K. does not have diplomatic credentials nor access to the country’s diplomatic properties. Furthermore, the U.K. continues to have its ambassador and embassy functioning in Caracas. Even if it were up to the U.K. to determine another country’s president, it is clear that the British government continues to engage in diplomatic relations with the legitimate government of President Maduro.

Finally, the Venezuelan government is not asking for the gold to be returned, but rather for it to be transferred to the United Nations Development Programme (UNDP). The UNDP will then use the funds to purchase food, medicine and humanitarian supplies for Venezuela to weather the COVID-19 pandemic. We hope that the Bank of England will take this into consideration. If it does not and continues freezing Venezuela’s gold, who knows how many deaths will be on its hands. 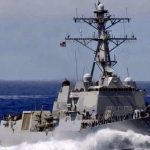 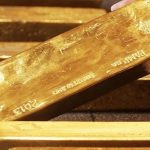