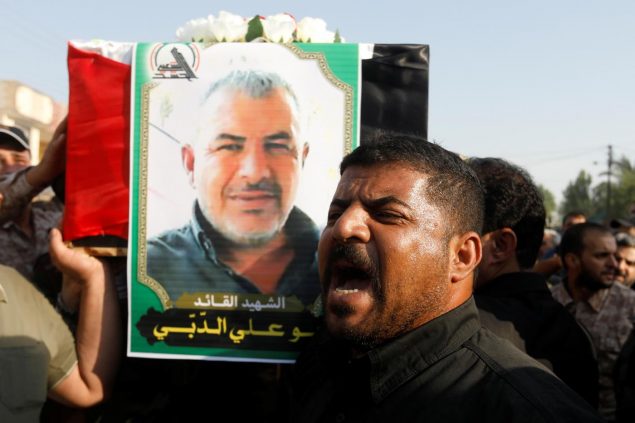 Kazem Ali Mohssen, a brigade commander of the PMF, was killed by an unmanned aircraft close to the Syrian border in Anbar (Reuters)

The Iraqi official, who has knowledge of the latest intelligence briefing from Baghdad’s security services, said the strikes were conducted by Israel, with the understanding of the SDF and backing of Saudi Arabia.

“The drone attacks were launched from SDF areas with the financing and backing of the Saudis,” the official, speaking on condition of anonymity, told MEE.

Since July, a series of explosions have hit bases, weapons depots and a convoy belonging to the Hashd al-Shaabi (PMF), a grouping of mostly Shia militias with close ties to Iran.

The most recent, on Sunday, saw two unmanned aircraft strike one of the PMF’s positions near the border with Syria, killing one fighter and severely wounding another, according to the group. 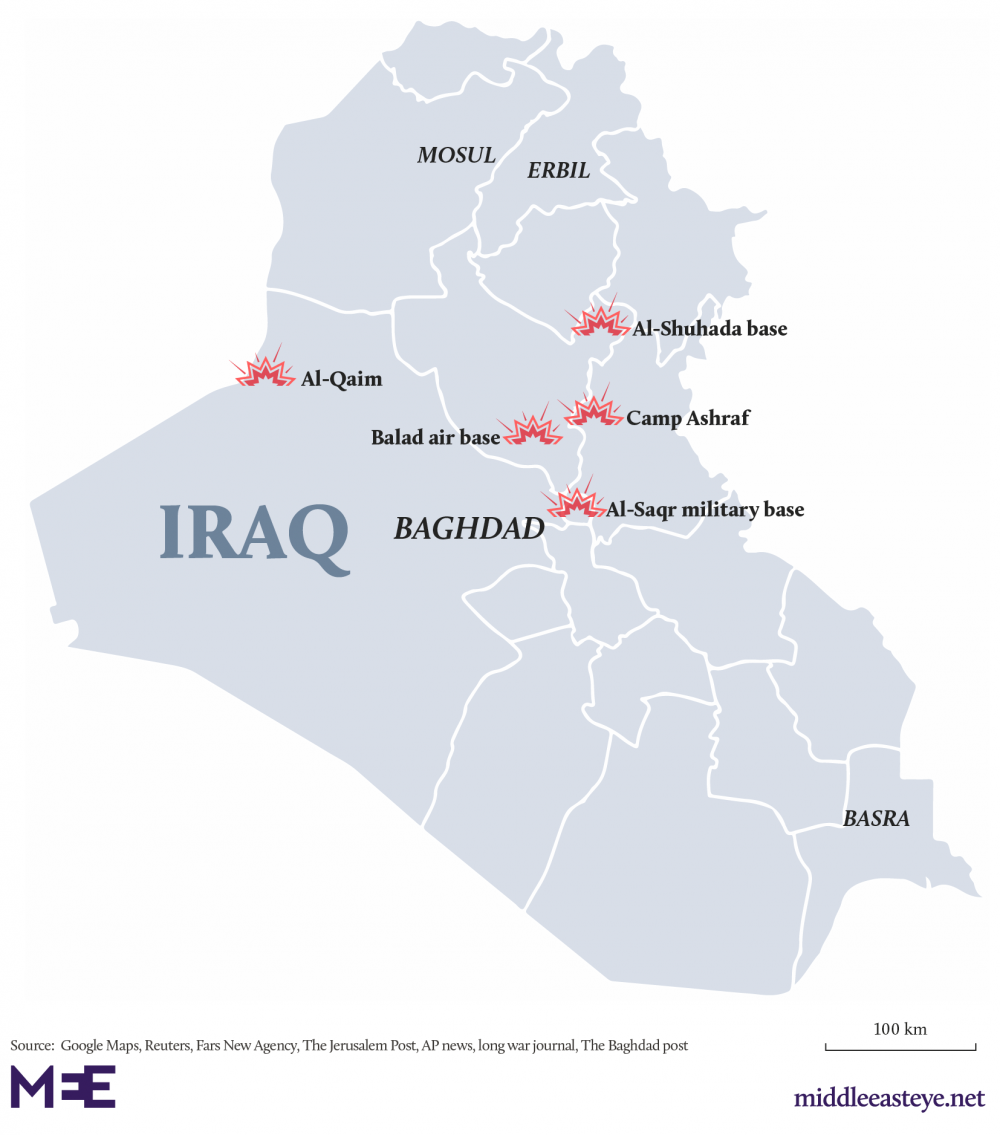 According to the senior official, the plan to strike the Iran-backed paramilitaries in Iraq was hatched when Thamer al-Sabhan, the Saudi minister of state for Gulf affairs, visited SDF-held northeastern Syria in June.

There Sabhan, who is known to be one of Crown Prince Mohammed bin Salman’s top lieutenants, laid the groundwork by offering the initially reticent SDF funds in return for their base being used as a launchpad for the strikes.

The SDF is a Kurdish-led militia that currently holds swathes of Syria’s oil-rich northeast, after waging a campaign against the Islamic State (IS) group with significant US-backing. It remains Washington’s chief partner in the country.

Middle East Eye has approached the SDF for comment.

The PMF has publicly only held Israel responsible for the five strikes.

Baghdad has been seeking to regularise the units following the successful campaign against IS that the Hashd al-Shaabi played a key role in.

On Monday, Iraqi President Barham Salih said the country’s sovereignty and security are a “red line” that his government will protect.

‘Israeli personnel were operating the drones from SDF-controlled bases’

According to the senior Iraqi official, northern Syria was used to launch the attacks because Israeli attack drones do not have the range to hit targets in Iraq from Israel.

“Israeli personnel were operating the drones from SDF-controlled bases,” the Iraqi official said.

The source said the Iraqis were initially sceptical Israel was behind the attacks because of doubts that Israeli drones would be able to reach Iraq.

A Tehran-based intelligence analyst affiliated with the Iranian Revolutionary Guard told MEE last week that other culprits were considered, “such as PMF opponents within the Iraqi army or Americans themselves”.

Sabhan’s June trip to northeastern Syria was noticeable for his work trying to shore up support for the SDF among Arab tribes in the area.

His meetings with local elders, SDF leaders and a top US official, William Robak, included commitments to provide economic and security support.

Sabhan served as the first Saudi ambassador to be stationed in Iraq for 25 years, before falling out with officials in Baghdad when he claimed Iran had ordered the Hashd al-Shaabi to assassinate him in 2016.

Once hostile, Israel and Saudi Arabia have moved closer in recent years, particularly as they seek to counter their shared foe Iran.

Israel’s apparent strikes on the Hashd al-Shaabi follow a pattern of broadening its attacks on Iranian targets to countries around the region after conducting hundreds of raids in Syria in recent years.

The Saudi embassy in London has been asked to comment on the source’s remarks.

When asked if it was responsible for striking the paramilitaries in Iraq, the Israeli military told MEE it could neither confirm or deny its responsibility.