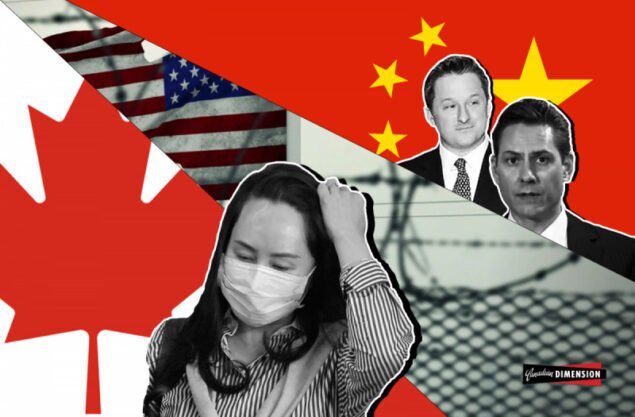 Attacks against an event recently moderated by the author reflect a growing trend in Canada towards increased tolerance for anti-China rhetoric. It is time for progressives to stand up for an independent foreign policy and against attempts to escalate a ‘new Cold War’ with the world’s emerging economic superpower.

Attacks against an event I recently moderated reflect a growing trend in Canada towards increased tolerance for anti-China rhetoric. It is time for progressives to stand up for an independent foreign policy and against attempts to escalate a ‘new Cold War’ with the world’s emerging economic superpower.

Last week the Canadian Foreign Policy Institute co-hosted a webinar titled “Free Meng Wanzhou” to discuss the implications of the Huwaei executive’s arrest and deteriorating relations with China. A day earlier in the House of Commons, Conservative MP Raquel Dancho denounced her NDP and Green counterparts Niki Ashton and Paul Manly for agreeing to participate in the event, which she labeled “Chinese Communist Party propaganda.” A reporter asked organizers if we received funding from the Chinese government, while the National Post used its front page to call the organizers “useful idiots” who are willing to excuse “any and all atrocities by other nations” in a “reflexive contempt and loathing toward the United States”

In an interview on CTV, journalist Evan Solomon repeatedly asked Manly if he was being “used by Chinese authorities” and whether the event gave them a “propaganda win.”

All Canadian MPs need to stand with our Five Eyes partners and other like-minded allies to push back on Beijing’s intimidation tactics. #cdnpoli #StandWithHongKong pic.twitter.com/fWtCVf3MWM

The over-the-top McCarthyist reaction to our call for Meng’s release is odd considering the details of her case and the long list of experts and former diplomats who are making a similar argument. In the summer, 100 former Canadian diplomats signed a letter asking prime minister Trudeau to release Meng. Former PM Jean Chrétien, former foreign affairs ministers Lawrence Cannon and Lloyd Axworthy, as well as former senator Hugh Segal and former NDP leader Ed Broadbent, have also proposed cancelling Meng’s extradition to the United States.

The government’s claim that the only legitimate legal avenue was to detain Meng and let the courts decide whether she should be extradited to the US is demonstrably false.

Between the time the US judicial system called for her detention and the point at which the Trump administration requested Ottawa detain her, Meng travelled to six countries with US extradition treaties. Only Canada was willing to arrest Meng.

Shortly after her arrest two years ago, Donald Trump made it clear Meng’s detention was political. The president said he viewed Meng as a bargaining chip in his trade war with China.

The legal basis for the Trump administration’s ‘hostage diplomacy’ is Meng’s alleged role in contravening US sanctions on Iran, which were not approved by the United Nations Security Council and thus violated international law.

The case against Meng subverts international law in another way. It is based on Washington granting itself the right to prosecute an alleged crime committed between a Chinese based company, Huawei, and HSBC, a non-US based bank. By detaining Meng, Canada is legitimating both Washington’s bid to extend its legal authority over other sovereign jurisdictions and their unilateral sanctions against Iran.

The conduct of Canadian officials in Meng’s detention further undermines the notion that Canada is simply upholding the “rule of law.” Canada Border Services Agency agents interrogated Meng and gained access to her electronic devices without telling her there was a warrant for her arrest. It was only after three hours of interrogation by CBSA officials that RCMP officers, waiting feet away, finally read Meng her constitutional rights.

It is clear there are numerous legitimate political and legal arguments against her detention. So why the panic about an event calling for Meng’s release?

Steadily growing over the past few years, anti-China sentiment—also known as Sinophobia—has been ramped up recently by far-right members of Canada’s Conservative Party. New leader Erin O’Toole made China bashing central to his leadership campaign. A series of recent Conservative party fundraising appeals have hyped the party’s role in defending “Canadian values” against the Communist Party of China.

Recently, the Conservatives convinced most of the opposition and a handful of Liberal MPs to back Vote No. 23, a motion introduced by Tory MP Michael Chong stating, “the People’s Republic of China, under the leadership of the Chinese Communist Party, is threatening Canada’s national interest and its values.” With the exception of its reference to 5G technology, the language in the motion is pulled straight out of a bygone era of “yellow peril” panic.

The prevalence of Sinophobia has morphed amid the changing political and economic relationship between Canada and China, but it threatens to get worse if we allow provocative anti-China discourse to infect mainstream politics. Indeed, deteriorating relations between Western states and China could have potentially disastrous consequences for the planet when global cooperation is needed to fight threats such as COVID-19 and climate change.

Calling to “Free Meng Wanzhou” is not an endorsement of the Chinese government’s unacceptable detention of Michael Kovrig and Michael Spavor, nor its policies in Hong Kong or Xinjiang. Rather, it represents a much-needed effort to fundamentally reassess Canadian foreign policy and push back against the new Cold War on China.

Bianca Mugyenyi is an author, activist and director of the Canadian Foreign Policy Institute. She is based in Montréal. 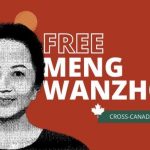 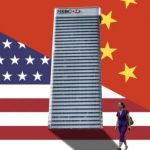 Why the Trump administration’s extradition request against Meng Wanzhou is a farceChina, Huawei