Back to the Dark Ages 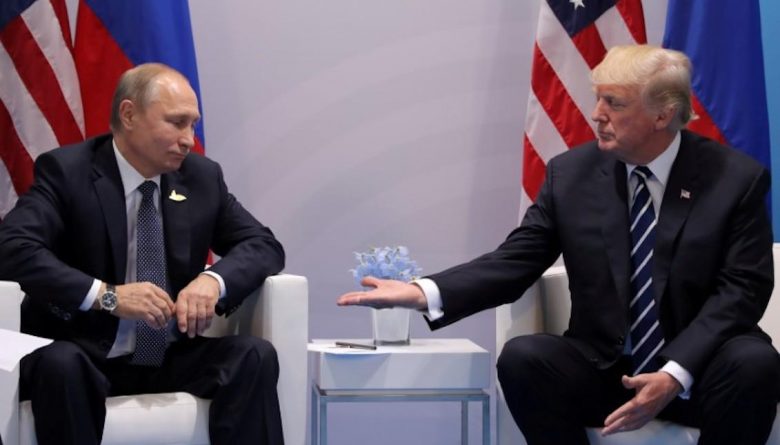 Ron Ridenour’s book, The Russian Peace Threat: Pentagon on Alert, “helps expose the underside of American power, and the distorted lens through which Russia is portrayed in the media.” This review examines Russiagate from a historical perspective.

Russiagate is an invented hysteria, a psy-op and propaganda operation that distorts the political realities of both Russia and the US.

Ridenour considers the Russia-Gate investigation to be a misinformation operation orchestrated by CIA Director John Brennan and powerful interests bent on rekindling the political culture of the Cold War.”

On October 20th, 2018, fifty-one years to the day of the famous 1967 March on the Pentagon, antiwar activists again rallied for peace outside the headquarters of a now declining empire. Among the speakers was Jill Stein, the 2016 Green Party presidential candidate, who told the crowd: “There’s not a lot of democracy going on out there because they’ve got the new McCarthyism going …. The era of censorship, of warmongering and of political suppression is back big time.”

Stein’s speech was given as the Trump administration announced that the U.S. was pulling out of the Inter-Nuclear Forces Treaty (INF) with Russia that placed a moratorium on mid- and short-range nuclear missiles. For months, the media had been filled with stories depicting Russian President Vladimir Putin as a clone of Joseph Stalin and KGB thug, as New York Times columnist Paul Krugman characterized him.

Veteran political activist and journalist Ron Ridenour points out in The Russian Peace Threat: Pentagon on Alert that the Putin of popular demonology is largely a creation of Pentagon propagandists and their media acolytes. The real-life Putin showed his good character at a young age when, according to those who knew him, he “stood up for kids being bullied on the schoolyard.”

The Putin of popular demonology is largely a creation of Pentagon propagandists and their media acolytes.”

According to Jack Gosnell, the former U.S. Consul General, under Putin, taxes were lowered, inflation was lessened, schools and health care began to improve, highways were laid out, modern trains appeared even in far out places and the banking industry was becoming dependable. “Russia was looking like a decent country,” something the United States did not want.

In 2014, the United States supported a coup d’état against Ukraine’s Pro-Russian President Viktor Yanukovych that was supported by far-right wing elements who worshipped the Nazi collaborator Stephen Bandera. The climate in the aftermath of the coup was so bad that Rabbi Moshe Reuven Azman called on Kiev’s Jews to flee. Putin was subsequently accused of invading Crimea, when most of its citizens, including its large ethnic Russian population, voted in a democratic referendum to rejoin Russia. Six people were killed, including a Russian soldier by a Ukrainian Right sector militant, but none by Russians.

The Russian Peace Threat gives a historical perspective by showing a long history of U.S. imperial intervention and demonization of rival leaders. There are informative chapters on CIA terrorist operations in Cuba, and the role of U.S. corporations such as Texaco in supporting Fascist General Francisco Franco in the Spanish civil war. Ridenour also spotlights a failed 1957 CIA coup against secular nationalist Shukri al-Quwatli of Syria, which bears resemblance to the Obama administration’s failed covert intervention designed to oust Bashar al-Assad.

Russia was looking like a decent country,’ something the United States did not want.”

The Russian people have shown an indomitable spirit in overcoming cataclysmic famines, Tsarist oppression, the Nazi invasion, and Stalinist terror. Ridenour makes up for the gap in conventional histories of the Cold War by spotlighting their perspective and that of admirable Russians like astronaut Yuri Gagarin, who promoted a world peace crusade, and Vasili Arkhipov, a Russian sailor whose cool demeanor under pressure helped to avert nuclear catastrophe during the Cuban missile crisis.

The hysteria about Russian election interference in 2016 is put in context when we consider that the United States has interfered in democratic elections in at least 30 different countries, including in support of Boris Yeltsin in 1996. Quoting Seymour Hersh, Ridenour considers the Russia-Gate investigation to be a misinformation operation orchestrated by CIA Director John Brennan and powerful interests bent on rekindling the political culture of the Cold War. The Veteran Intelligence Professionals for Sanity (VIPs) carried out their own independent study of emails sent to Wikileaks that revealed a plot by the Democratic National Committee (DNC) to sabotage the campaign of Bernie Sanders—and found based on the speed of the modem, that they were leaked internally. Their study, however, has been ignored in the mainstream media.

Ridenour’s book should be required reading for political activists and citizens as it helps expose the underside of American power, and distorted lens through which Russia is portrayed in the media. As anti-Trump political activism gains steam, progressives need to better connect the dots between domestic inequality and the militarization of our political economy, and firmly repudiate the dominant Russo-phobia which threatens to unleash a new dark age in America.

Jeremy Kuzmarov is a lecturer at Tulsa Community College and author of The Russians are Coming, Again: The First Cold War as Tragedy, the Second as Farce, with John Marciano (New York: Monthly Review Press, 2018).