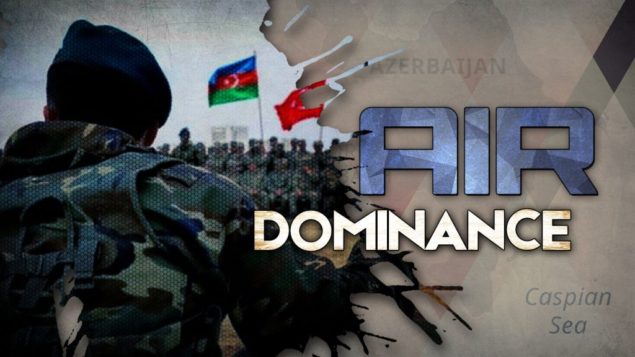 As of October 5, the Azerbaijani military, supported by Turkish military advisers, specialists and intelligence, captured the towns of Jabrayil, Mataghis and Talysh after heavy clashes with Armenian forces. Azerbaijani sources also report the control over multiple villages including Ashagi Abdulrahmanli, Mehdili, Chakhirli, Ashagi Maralyan, Sheybey and Kuyjagh. On the other hand, the Armenian side confirmed that it lost ‘some positions’ but did not provide details claiming that the situation on the frontline has been rapidly changing.

Azerbaijan is slowly but steadily gaining an upper hand in the war with Armenia for the contested Nagorno-Karabakh region.

As of October 5, the Azerbaijani military, supported by Turkish military advisers, specialists and intelligence, captured the towns of Jabrayil, Mataghis and Talysh after heavy clashes with Armenian forces. Azerbaijani sources also report the control over multiple villages including Ashagi Abdulrahmanli, Mehdili, Chakhirli, Ashagi Maralyan, Sheybey and Kuyjagh. On the other hand, the Armenian side confirmed that it lost ‘some positions’ but did not provide details claiming that the situation on the frontline has been rapidly changing.

For example, on October 4, the government of the Nagorno-Karabakh Republic announced that Armenian forces had destroyed the military air base near Azerbaijan’s Ganja. This air base, according to the Armenian side, hosted F-16 fighter jets from Turkey. Azerbaijan indirectly confirmed the incident but insisted that Armenian strikes hit Ganja city only. In its own turn, the Armenian military denounced the Azerbaijani claim saying that only the military base that was hit.

In the comments from October 4, Azerbaijan’s President Ilham Aliyev claimed that Azerbaijani forces are “chasing” Armenians like “dogs” and demanded the full withdrawal of Armenian forces, the Armenian recognition of Karabakh as a sovereign Azerbaijani territory and an official apology from Armenian Prime Minister Nikol Pashinyan to the Azerbaijani nation.

On top of this, Aliyev emphasized that a military solution of the Nagorno-Karabakh question is on the table and criticized 28 years of unsuccessful negotiations. In his remarks, Aliyev apparently cosplayed Turkish neo-Ottomanist President Recep Tayyip Erdogan that over the past years has been used to employ rhetoric of this kind and provide a hard power-based realpolitik in the Greater Middle East. Turkey is a natural strategic ally of Azerbaijan and extensively backs it in its war with Armenia.

A day earlier, on October 3, the Prime Minister of Armenia Nikol Pashinyan made his own address regarding the war saying that Nagorno-Karabakh has been fighting against “an Azerbaijani-Turkish terrorist attack, the volume and scale of which is unprecedented.” He said that the Azerbaijani operation is controlled by “150 high level Turkish military officers” and claimed that the end of the current conflict can only be victory on the Armenian side. As for now, it does not look that this forecast is realistic.

The ongoing Armenian-Azerbaijani war has likely become the first military conflict of such a scale between two state actors of a comparable power. After the first week of war, it was already clear that the final number of casualties will be counted in the thousands.

While so far the Azerbaijani side has not demonstrated any miracles in ground warfare, it has once again demonstrated a successful employment of the concept of the wide-scale usage of unmanned aerial vehicles: reconnaissance, aerial targets, loitering munitions and drones carrying bombs and missiles. This allows the Azerbaijani side, with an apparent help from Turkey, to successfully detect, uncover and strike Armenian artillery and fortified positions. Regardless the reality of Armenian claims about the supposed usage of Turkish F-16 jets to cover the employed UAVs, the Azerbaijani side has gained full control over the air dimension.

In its own turn, Armenia had time to conduct extensive engineering work preparing a wide network of fortified positions across the region. This allows Armenian forces to keep their positions in many areas despite the air dominance of Azerbaijan. Up to 80% of casualties on both sides are a result of rocket, artillery or air strikes.

Nonetheless, forces of the Nagorno-Karabakh Republics and Armenian units (which Erevan calls ‘volunteers’) are an underdog in the event of a large-scale prolonged conflict with the Azerbaijani-Turkish bloc, even if Armenia openly enters the conflict. Therefore, the outcome of the war will significantly depend on the ability of Azerbaijan (with help from Turkey and its mercenaries/militants) to use its air and numerical advantage to develop the advance and make some gains while the regional diplomatic situation allows this. The balance of power could also change if some third party would intervene in the conflict to put an end to the violence. Such an action could become a response to some irrefutable evidence of ethnic cleansing of the Armenian population in the areas of Azerbaijan or the increasing deployment of members of various Middle Eastern terrorist groups to the region. 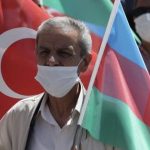 Turkey ramps up its involvement in Armenian-Azerbaijani warNagorno-Karabakh, Turkey / Türkiye 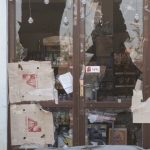