A meeting in Moscow appears to have re-energized relations between the two large energy suppliers, both currently hampered by western policies
Photo Credit: The Cradle

Tehran and Moscow appear to have dispensed with thorny setbacks to their relationship and look set to strike comprehensive new bilateral and multilateral arrangements.

Russia has decided to accept a scaled down version of “written guarantees” from the United States that will be included in the  Joint Comprehensive Plan of Action (JCPOA) agreement, currently being negotiated in Vienna between Iran and western nations.

On Tuesday, Foreign Minister Sergey Lavrov announced at a joint press conference in Moscow in the presence of his visiting Iranian counterpart, Hossein Amir-Abdollahian, that “all projects and areas of activity envisaged by the JCPOA have been protected, including the direct involvement of our companies and specialists, including cooperation on the [Iranian] Bushehr Nuclear Power Plant, which is a flagship cooperation project, and in the context of all existing plans associated with it.”

Prima facie, this means that the guarantees are strictly limited to the implementation of the JCPOA (where Russia has undertaken vital commitments in regard to storage of excess Iranian enriched uranium and so on.)

Lavrov’s stated position on 5 March was that Russia expected “guarantees in writing, at least at the level of the Secretary of State, that the current process launched by the US will not impinge in any way on our free full-scale trade, economic, investment and military-technical cooperation with the Islamic Republic of Iran.”

The big question is whether this apparent Russian climbdown is a token of realism, or is tactical within the overall framework of the Russia-Iran relationship. Washington’s stated position is rather consistent, namely, that JCPOA negotiations in Vienna and the Ukraine-related US sanctions against Russia are two entirely different topics.

Amir-Abdollahian tweeted after his talks with Lavrov: “Reassured that Russia remains onboard for the final agreement in Vienna. More than ever, ball is in US court to provide the responses needed for successful conclusion of the talks.”

What prompted the Russian rethink? One plausible explanation could be that on the eve of Amir-Abdollahian’s arrival in Moscow for the crucial talks, Lavrov received another important guest on an unscheduled visit – Qatar’s foreign minister Mohammed bin Abdulrahman bin Jassim Al-Thani.

Curiously, Lavrov did hold a joint press conference on Monday with Al-Thani, but did not refer to the JCPOA at all. Even more surprisingly, in a departure from established practice, Lavrov did not take any questions, either.

Did Mohammed al-Thani transmit some message from Washington? Qatar has a history of acting as Washington’s back channel on the Iran issue. Only last week, President Biden designated Qatar as a “major non-NATO ally.” Suffice to say, it is inconceivable that Lavrov and Al-Thani didn’t discuss the JCPOA talks in Vienna.

Equally, the joint press conference by Lavrov and Amir-Abdollahian was notable for certain insightful remarks. Lavrov characterized the talks as “frank, cordial and useful.” But then he went on to highlight the following:

“We are continuing to work on a new, big interstate treaty at Iran’s initiative. We expressed mutual interest in signing this basic document as soon as possible. It will reflect the current state and development prospects of the entire range of Russian-Iranian relations. We reaffirmed the principles of our interaction on the international stage … We agreed to continue working to build up our business ties and enhance their quality, including at the interregional level. We confirmed that no illegal sanctions would hinder our consistent progress.”

Again, Lavrov took pains to underscore his “constructive discussion on current international matters,” especially apropos the American attempts to impose a “rules-based order” – which he called “the epitome of injustice and double standards, alongside the aforementioned illegal unilateral sanctions … “We spoke up firmly in favor of making international life more democratic.”

But Amir-Abdollahian carefully avoided such rhetoric. On the other hand, he told the media immediately after arrival in Moscow that Iran has adopted an independent foreign policy and seeks to ensure the Iranian people’s interests, while adding that “relations between Iran and Russia will develop regardless of international developments.”

These are significant nuances, but can be viewed as indicative of Tehran’s prioritization of the JCPOA at this point in time. Indeed, the signal tune of the Iranian media coverage of Amir-Abdollahian’s Moscow trip is: Mission Accomplished – Russia will be no barrier to reaching an agreement at Vienna.

Looking ahead, Washington is hardly in a position to arm-twist Tehran when, with eyes on Russia, it is frantically unblocking Iran’s export of oil and gas to the European market as its top priority.

It has played down the Islamic Revolutionary Guard Corps’ (IRGC)  – and more importantly, Quds Force Commander Brigadier General Esmail Qaani’s – effusive praise of the recent IRGC missile attack on an Israeli Mossad base in Erbil, Iraq, as not only decisive, but also signals that “Americans are afraid of the Resistance groups as they are at the highest level of preparedness to face the enemies.”

Russia can repose confidence in Iran’s political will to uphold the country’s strategic autonomy, especially by the government of Iranian President Ebrahim Raisi (who himself along with several members of his cabinet are actually under American sanctions).

Interestingly, Lavrov didn’t seem perturbed that the nuclear deal will unblock Iran’s oil exports. While acknowledging that the sudden arrival of large volumes of Iranian oil in the world market “will affect all exporting and importing countries,” Lavrov pointed out:

“There are mechanisms to prevent volatile surprises. First, there is OPEC+, of which Iran is a member. When new amounts of hydrocarbons appear in the world market, it drafts an agreement on an optimal distribution quota. I am sure that constructive work lies ahead as soon as all issues linked with Iran’s oil on the world market are settled.”

In the final analysis, the clincher is going to be the ongoing negotiating process that was launched last November to conclude a full-scale free trade agreement between Iran and the Moscow-led Eurasia Economic Union (EAEU).

From the Russian viewpoint, there is a criticality about these negotiations now, since as Lavrov noted, “liberalization of customs tariffs will positively influence the development of Russian-Iranian trade and economic ties.”

Simply put, the Iran-EAEU agreement can be a game changer for the Russian economy as it struggles with western sanctions to strangulate it.

The point is, Iran is uniquely placed to act as both a window for the Russian economy to the world market as well as a locomotive of growth at a time of isolation from the industrialized world in general.

The paradox is that, on the one hand, as Iran’s integration into the western energy market advances, it will become an irreplaceable partner for Europe. On the other hand, something like the IRGC’s audacious attack on Israeli assets in Erbil could not have happened without the approval of Iran’s Supreme Leader Ayatollah Khamenei.

There is an unmistakable message here both to Israel and the west that Iran’s ideology of justice and resistance will remain a geopolitical reality. Therefore, it is also up to Russia to appreciate that a congruence of interests with Iran is possible for “making international life more democratic,” as Lavrov put it.

Of course, that requires greater transparency. After all, Yemen is no less important to Iran than Ukraine is to Russia. 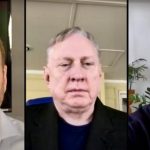 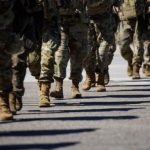 What Would It Take For Americans To Support War Against Russia?Russia, Ukraine, USA