Assange extradition: Hearing put off until July or November because of Coronavirus 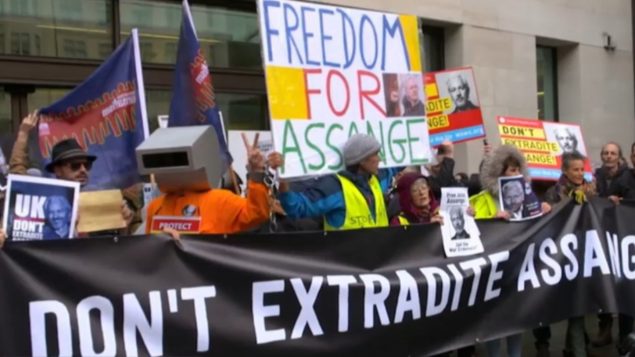 The judge will decide on May 4 whether to resume Assange’s hearing in July or as late as November, when the first court dates are open.

Baraitser, on Monday, adjourned a technical hearing until May 4 at which time a decision will be made on when the full hearing will resume.

Assange’s lawyers had submitted a petition to delay the hearing, originally scheduled to resume on May 18, because of the difficulties of consulting with Assange and of having him appear either in the courtroom, or by video-link because of unsafe conditions in Belmarsh Prison’s video room.

Baraitser said that though witnesses could appear via video, the defendant and lawyers “must be physically present” in the courtroom.

Though she said an adjournment for three weeks beginning either in July or on Nov. 2 would be a “significant delay” and that the interests of justice must be meted out “expeditiously,” Baraitser conceded that the problems presented by the Coronavirus lockdown in London made it “at best uncertain” to resume on May 18, saying that the hearing should be “vacated” to a later date.

It was the first significant concession that Baraitser has granted the defense.

The hearing will resume on May 4, at which time the new court date will be set.

The audio of the hearing, made available by conference call to journalists and lawyers, was marred by technical difficulties, requiring that the lawyers’ statements be repeated into another microphone by a court official.