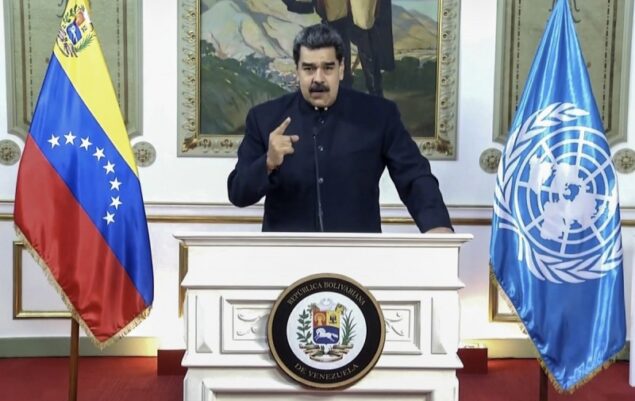 This month, there were two important developments at the United Nations that, taken together, shed a punishing light on the hypocrisy of Canadian foreign policy.

The first was a December 7 vote at the UN General Assembly (UNGA). In this vote, the UNGA voted overwhelmingly to confirm the credentials of Venezuelan diplomats representing the government of President Nicolás Maduro. More than 170 countries voted in favour of the confirmation or abstained. The only countries that voted against it were the United States and a handful of its allies: Australia, Brazil, Colombia, Ecuador, El Salvador, Georgia, Guatemala, Honduras, the Marshall Islands, Israel, Paraguay, the United Kingdom, South Korea—and, of course, Canada. This means that only eight percent of states recognize the legitimacy of the self-declared Juan Guaidó “government” at the UN, and Canada is part of that tiny majority.

The second development was a report issued by the UN High Commissioner on Human Rights (UNHCHR) on December 15. This report condemned the “serious” abuses committed by the Colombian police and military during nationwide protests in the country earlier this year. The report noted that “state security forces were guilty of murder, arbitrary detentions, sexual and gender-based violence, and acts of discrimination and racism.” It also confirms that peaceful demonstrators were attacked by paramilitaries while the police looked on.

The UN investigation verified 44 civilian deaths, most killed by gunshots. The report also emphasizes the targeting of journalists by security forces and the organized smearing of protestors as vandals or terrorists, explaining that “the degree to which protesters were criminalized and stigmatized, including by the media linking them to vandalism or even alleging acts of terrorism, was also concerning, as were attacks on human rights defenders during the protests and on journalists documenting events.”

Meanwhile, a separate report issued two days earlier held the Colombian police responsible for the massacre of 11 demonstrators in Bogotá during anti-police brutality protests in September 2020.

For very different reasons, neither the UN’s condemnation of the Colombian security forces nor its overwhelming recognition of the Maduro government’s legitimacy received any significant coverage in Canadian media. In regard to Venezuela, the Bolivarian Revolution has been loathed by the Canadian elite since the premiership of Jean Chrétien, who stayed silent in the aftermath of the 2002 coup against President Hugo Chávez. In Colombia’s case, the country has long been a close ally of Canada, serving as a loyal outpost of US power in South America.

During the height of the state violence that the UNHCHR recently condemned, former Minister of Foreign Affairs Marc Garneau issued a statement which read, in part, “Canada condemns the violence, including the disproportionate use of force by security forces, and urges that the violence cease.” Then, he immediately bolstered the Colombian far-right’s narrative that the anti-neoliberal protestors were vandals and terrorists by adding “We are also concerned with the acts of vandalism and attacks directed against public officials responsible for the protection of all Colombian citizens.”

Taken together, these two developments expose the bankruptcy of Canadian corporate media and the cynical manner in which the Canadian state amplifies or diminishes human rights abuses based on geopolitical interest. Canada’s complicity in US-led attacks against Venezuela is particularly shameful.

Canada played a central role in forming the Lima Group, an ad hoc coalition of mostly right-wing governments in Latin America and the Caribbean that refused to acknowledge the legitimacy of the Maduro government. In January 2019, the Lima Group recognized then-President of the National Assembly Juan Guaidó as the country’s head of state, aligning their regional policy with that of the US. Shortly thereafter, Canada closed its embassy in Caracas.

The role of the Canadian government in Guaidó’s coup attempt is important but often overlooked. Days after Guaidó declared himself president, sources in the Canadian government bragged to the National Post that they had played an instrumental role in the organization of the Venezuelan right-wing against Maduro, asserting that “emboldening Venezuela’s opposition has been a labour of months.” Mike Blanchfield reported that Canadian officials had “been keeping in close contact with Guaidó and other opposition figures” in the lead-up to the coup attempt, and “facilitate[d] conversations with people that were out of the country and inside the country” as well as other foreign diplomats. 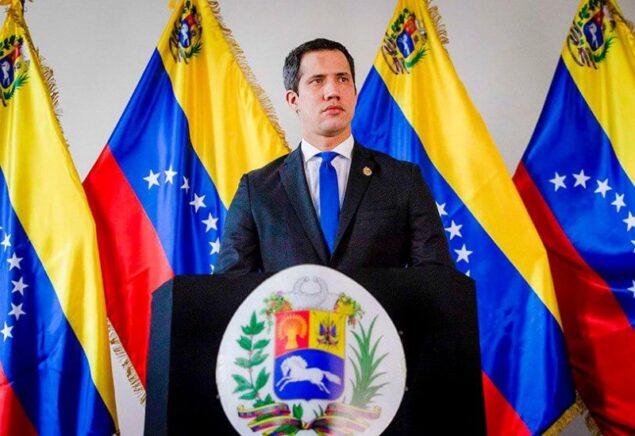 “Canadian diplomats in Caracas,” Blanchfield wrote, “with their Latin American counterparts, worked to get the country’s opposition parties to coalesce behind the one person who emerged strong enough to stand against Maduro: 35-year-old Guaidó.” The author approvingly notes that the Trudeau government worked with the far-right administrations of Iván Duque and Jair Bolsonaro to advise and coordinate the Venezuelan opposition in the lead-up to Guaidó’s declaration. Needless to say, this was a severe violation of Venezuelan sovereignty that is nevertheless consistent with Canada’s history of funding the Venezuelan right while condemning the left as illegitimate and authoritarian.

At the height of Guaidó’s international popularity, less than 60 of the 193 UN-recognized countries recognized him as the president of Venezuela, a number which has gradually decreased over time (Canada was the second country to extend recognition). Nevertheless, some Canadian reporters found amusing turns of phrase to mislead Canadians into believing that Guaidó’s overt lack of global support was, in fact, a tidal wave of diplomatic recognition.

One of the most interesting examples is an article written by Evan Dyer in January 2020. In his article, the CBC reporter wrote that Guaidó received “an avalanche of recognition from about 60 countries” and that Maduro was only supported by “a handful of smaller nations: Cuba, Nicaragua, Bolivia and El Salvador (along with Russia and China).” The implication of this framing is that “smaller nations,” no matter their government’s opinion, are inherently less worthy of consideration than populous and influential North America, while obviously huge and geopolitically significant countries like Russia or China can simply be tacked on in parentheticals because they are the “bad guys,” barely worthy of note.

Dyer also makes the extraordinary assertion that “taken together, the Lima Group governments and the US represented about 95 per cent of the people of the hemisphere.” Can anyone actually claim that the governments of Lima Group countries “represent” their people? The 2009 Honduran military coup overthrew an elected government and led to the fraudulent election of “narco-dictator” Juan Orlando Hernández in 2014; a legal coup toppled elected Paraguayan president Fernando Lugo in 2012 and returned the hegemonic Colorado Party to power; Brazilian president Jair Bolsonaro won a dubious election in which Lula da Silva, the leading candidate according to all polls, was arrested by a politicized judiciary; and in Guatemala, a country in which impunity for past genocidal violence and ongoing anti-Indigenous murder and dispossession reigns, “corruption is the unifying force of the… political system.” This outline doesn’t even touch the more well-known political violence of the Colombian state or the conditions of political repression that existed in 2019-era Lima Group members Argentina, Chile, Costa Rica, Mexico, Panama, and Peru—and of course in the United States itself.

And what about Canada? In both the 2019 and 2021 federal elections, Justin Trudeau lost the popular vote. When you consider the total eligible voting population, his unpopularity becomes even clearer: in the 2019 federal election, around 22 percent of Canadian electors actually cast a vote for Justin Trudeau. In 2021, that number decreased to 20 percent. Are we really supposed to believe that Canada, or any of the other supposedly democratic systems in the Western Hemisphere, actually represent the will of their population more faithfully than the Venezuelan electoral system?

Neither the CBC nor the National Post have touched the UNGA vote. This is because, like the US, the Canadian state and media are not interested in global opinion, and certainly not in issuing mea culpas for their biased coverage. When former US Vice President Mike Pence turned to Venezuela’s newly confirmed UN ambassador in April 2019 and said “You shouldn’t be here,” he was not only voicing the opinion of the Trump administration—he was also speaking the opinion of the entire Canadian political system and its media appendages, all of whom worked together in a coordinated campaign to try to place a neoliberal proxy in Miraflores.

The UN vote to confirm the Venezuelan representative’s credentials, coupled with the report condemning Colombian state violence, reveals the hollowness of Canadian foreign policy in Latin America and gives the lie to Canada’s contention that the “Maduro regime” is a global pariah and a rogue state. If we were to apply CBC reporter Evan Dyer’s logic to the recent UNGA vote, we would say that governments representing 92 percent of the world’s population do not recognize the man whom Canada still shamefully proclaims to be the president of Venezuela.

Owen Schalk is a writer based in Winnipeg. His areas of interest include post-colonialism and the human impact of the global neoliberal economy. Visit his website at www.owenschalk.com