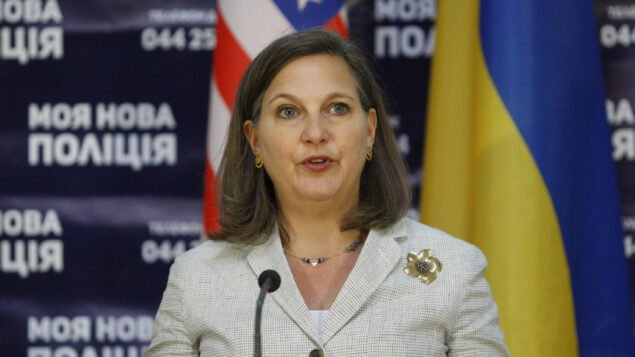 On April 29 the U.S. Senate confirmed Victoria Nuland as Under Secretary of State for Political Affairs, which has been described as the fourth most important position in the State Department. Though as the first three are filled by political appointees and the other by a career foreign service officer, the Under Secretary of State for Political Affairs is the highest-ranking member of the U.S. Foreign Service.

On April 29 the U.S. Senate confirmed Victoria Nuland as Under Secretary of State for Political Affairs, which has been described as the fourth most important position in the State Department. Though as the first three are filled by political appointees and the other by a career foreign service officer, the Under Secretary of State for Political Affairs is the highest-ranking member of the U.S. Foreign Service.

In an appearance before the Senate Foreign Relations Committee in April as part of her confirmation process, she reflected on her thirty-two years in the Foreign Service working for five presidents of both parties and nine secretaries of state. She retailed some of her “historic moments” in that career, among them “working on tough arms control problems and conflicts from Rwanda to Haiti to Bosnia and Kosovo.” But what she expressed as her last-listed and perhaps proudest moment was, while she served as Deputy Chief of Mission at NATO, the military bloc for the first time activating its Article 5 collective defense clause, which contributed to the now twenty-year-old war in Afghanistan, a comprehensive naval interdiction mission in the Mediterranean Sea (Operation Active Endeavor) and European AWACS flights over the U.S. along with several other missions.

A major part of her career has been spent at NATO headquarters: she was Deputy Permanent Representative (ambassador) to NATO from 2000-2003 and Permanent Representative from 2005-2008. In both positions she was instrumental in recruiting military forces from NATO allies and partners for the war in Afghanistan, with NATO military personnel also stationed in Kyrgyzstan, Pakistan, Tajikistan and Pakistan. At one point 130,000 of the 150,000 foreign troops in the country served under NATO command in the International Security Assistance Force: service members from 54 countries. Never before or since have troops from so many nations fought in a war, much less in one theater of war or one country.

She also worked on promoting seven nations to NATO membership at the historic Istanbul, Turkey summit in 2004: Bulgaria, Estonia, Latvia, Lithuania, Romania, Slovenia and Slovakia. All are in Eastern Europe; all but Slovenia were members of the defunct Warsaw Pact; three – Estonia, Latvia and Lithuania – were Soviet republics. Bulgaria and Romania provided the U.S. and NATO with eight military bases in the following two years. NATO has flown fighter jets from air bases in Latvia and Lithuania for years, in the case of the second nation since 2004.

Her State Department biography states she also served as Deputy to the Ambassador­-at-Large for the Newly Independent States of the former Soviet Union in the 1990s (That was likely under Strobe Talbott, later president of the Brookings Institution.) She had a brief stint as a faculty member at the National War College. And she was Principal Deputy National Security Advisor for Vice President Dick Cheney from 2003 to 2005; that is, during and immediately after the invasion of Iraq.

During the transition period in Russia immediately following the dissolution of the Soviet Union she worked at what is described as covering Russian internal politics at the American embassy in Moscow and served on what the State Department termed the Soviet Desk in Washington. She is, in short, a seasoned Russia hand. She is reported to speak Russian and “a smattering” of Chinese, having worked in Guangzhou, China (1985-86) and at the State Department’s Bureaus of East Asian and Pacific Affairs the following year. She was in Mongolia in 1988 where she has been credited with assisting in setting up the first American embassy in the nation that is wedged between Russia and China.

She was a visiting fellow at the Council on Foreign Relations twice, and the second time, as a State Department fellow, she directed a Council on Foreign Relations task force on “Russia, its Neighbors and an Expanding NATO.” She has also been a nonresident senior fellow at the Brookings Institution, and a senior counselor at the Albright Stonebridge Group of former U.S. Secretary of State Madeleine Albright. And she is on the board of the National Endowment for Democracy. (Her husband, Robert Kagan, is a senior fellow at the Brookings Institution and member of the Council on Foreign Relations and was a member of the defunct Project for the New American Century, of which he was a key founder along with Bruce P. Jackson, also past president the U.S. Committee on NATO/Expand NATO. Both Nuland and Kagan are now Democrats.)

But the world would likely never have heard of her until now except for her role in engineering the overthrow of the government of Ukrainian President Viktor Yanukovych in 2014. Her face was first revealed to viewers outside the State Department, the National War College and major think tanks as she was handing out food to anti-government rioters in Kiev at the beginning of that year.

Having been appointed Assistant Secretary of State for European and Eurasian Affairs the preceding year, she became the major American official assigned to Ukraine during the crisis of late 2013 and early 2014. In a leaked phone conversation of January 28, 2014 between her and American ambassador to Ukraine Geoffrey Pyatt, the two provided future historians with a textbook-perfect specimen of engineering a coup, replete with the exact people who would lead the post-coup “transitional government.” Three and a half weeks before President Yanukovych was deposed.

When the tape appeared on YouTube it created an international furor, not because of what it revealed about plotting the overthrow of a government which shares a 1,200-mile border with the U.S.’s nuclear rival Russia, not because it exposed the most naked form of interference in the internal affairs of a sovereign nation, not because shortly afterward the plot resulted in a what is now a seven-year war with the ever-worsening prospect of a direct military confrontation between the U.S. and NATO on one side and Russia on the other – no, but because the diplomat with decades of diverse experience said, when the ambassador raised the issue of the European Union’s role in the transition, “F-ck the EU.” That made the conversation noteworthy. The only outrage in the West was over the fact that the contents of a private conversation has been divulged. Russia was blamed of course. Three years later Hillary Clinton denounced the leak as an example of Russia “weaponizing” intelligence information. She had no objection to overthrowing a friendly government and plunging Europe into a new war.

Yesterday no doubt there was rejoicing and exultation in Kiev. There should have been weeping and gnashing of teeth in the Donbass and Crimea. And grave concern in Moscow. Nuland like her boss Joe Biden may have unfinished business in Ukraine. 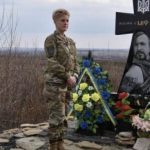 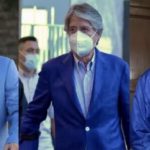 US Role Behind the Defeat of Ecuador’s Leftist Presidential CandidateEcuador, Foreign intervention