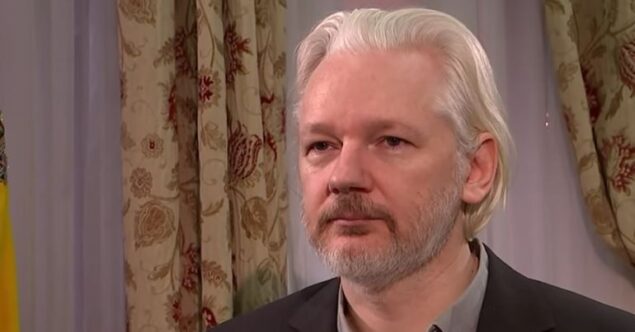 The US continues to demand Assange’s extradition for his role in obtaining and publishing national defence documents from 2009 to 2011. The leaks, provided by US Army whistleblower Chelsea Manning, are known as the Guantanamo Files, the Iraq War Logs, the Afghan War Diary, and the US diplomatic cables (aka Cablegate).

There are noteworthy parallels which can be drawn between Assange’s case and that of famed US Pentagon Papers whistleblower Daniel Ellsberg. Ellsberg was a former senior adviser and analyst with the defence and state departments during the Vietnam War. And in fact, he was prosecuted by US president Richard Nixon’s administration with the very same law now being used against Assange.

Ellsberg and Assange each helped to reveal war crimes and other criminality by the US government. They were both subjected to warrantless wiretapping and violations of their privileged communications. And they both faced possible assassination, or at least the risk of serious harm, at the US government’s hands.

Evidence of government misconduct ultimately led to the judge dismissing the case against Ellsberg in May 1973. But in Assange’s case, district judge Vanessa Bairatser either ignored or downplayed the significance of state misconduct directed towards Assange, his family, and his lawyers. Had it not been for her conclusion that Assange was at substantial risk of suicide should he be extradited, judge Baraitser would have granted the US government’s extradition request.

Both Ellsberg and Assange helped bring to light information about war and international politics that was demonstrably in the public interest.

Ellsberg, who unlike Assange is a US citizen, worked for the government and was the one who leaked the documents. His revelations exposed the myriad of lies and secrets, over four separate presidencies, that facilitated the US invasion of Vietnam. Lies which ultimately led to a war responsible for killing around 3.8 million Vietnamese people (with one estimate as high as 7.3 million). It was also responsible for killing over 58,000 US soldiers and tens of thousands of Laotians and Cambodians. The war also resulted in up to 500,000 women turning to sex work. And it saw the US military dump 70 million litres of highly toxic herbicides, namely, “Agent Orange”, throughout the countryside.

Ellsberg’s charges related to him copying the Report of the Office of The Secretary of Defense Vietnam Task Force (aka Pentagon Papers). He then passed these on to the New York Times and Washington Post. The outlets proceeded to publish excerpts. But his leaks were ultimately dwarfed in size by the 700k documents Manning passed on to WikiLeaks in 2009 and 2010.

“these   7,000   pages   of   top   secret documents demonstrated that the conduct of the war in Vietnam had, over more than one administration, been started and continued by the US Government in the  knowledge  that  it  could  not  be  won

He added “that  President  Johnson  and  his  administration  had  lied  to  Congress  and  to  the  public  in  relation  to  its  origins, costs and prospects”.

Assange and WikiLeaks’ publications similarly revealed war crimes. These include the massacre of 18 Iraqis (as seen in the notorious Collateral Murder video), an estimated 15,000 previously unknown civilian deaths, and widespread torture of detainees. The documents also exposed state wrongdoing. For example, US government pressuring Germany not to prosecute CIA officers for their role in the kidnapping and brutal torture of German citizen Khaled El-Masri.

The 1917 Espionage Act was supposedly created to prosecute spies during WWI. Yet neither the indictments against Ellsberg nor Assange ever alleged that either was working as a spy.

The act was notoriously used by Woodrow Wilson’s government to successfully prosecute thousands of Americans simply for opposing US involvement in the First World War.

Ellsberg faced 115 years in prison on a 12-count indictment. He was the first whistleblower to be charged under the Espionage Act for leaking documents to the press.

I do not think that [Assange] should be tried under the Espionage Act, because the act was designed for espionage and not for reporting the truth, which is what Assange did.

The final charge against Assange – one count of conspiracy to commit computer intrusions – could result in up to five years imprisonment. It originally related solely to an alleged conversation that Assange had with Manning. During this, they discussed the possibility of cracking a password ‘hash’ (something that ultimately never happened). At the last minute, the US government controversially widened the eighteenth charge to include “a vague and inexact assortment of general allegations about conduct Assange may or may not have engaged in from 2009 to 2015”.

Your motives don’t matter under the Espionage Act

Ellsberg explained to The Canary that the majority of charges against Assange under the Espionage Act are “strict liability” offences. This means that the “purpose, motivation, or even impact of the revelation is not to be considered”, he said. When Ellsberg was on trial he, “wasn’t able to answer the question ‘Why did you copy the Pentagon Papers?’. Nor has anyone of a dozen or more people who have been tried [under that act] since – mostly under Obama and Trump”.

If a defendant attempts to raise their motivations when being tried under the Espionage Act, Ellsberg explained, the judge will shut them down.

This is also a point made recently by CIA whistleblower Jeffrey Sterling. Sterling was tried for allegedly blowing the whistle on a botched CIA programme targeting Iran’s nuclear facility. It’s a charge he vehemently denies, despite being convicted. Sterling told Jacobin: