In 2015 and 2016, Ukrinmash, a Ukrainian state arms exporter, signed deals with customers in Uganda and Burundi to sell 59 amphibious armored patrol vehicles.

On the surface, the deals are typical of Ukraine’s arms trade with Africa, where instability and fears that weapons may migrate into conflict zones mean many countries have trouble buying from Western manufacturers. Ukraine, a former Soviet republic that is not a member of the European Union (EU), is often more than willing to fill the gap in the market.

But this time, there was a hitch: The vehicles were not really Ukrainian. Rather, a tranche of leaked documents shows something more startling. The vehicles, worth at least US$ 4.1 million, were bought in Poland, an EU member state governed by strict arms export rules. They were sent to Ukraine in parts, and then 45 of them were exported to East Africa via the United Arab Emirates (UAE).

In other words – much like dirty money passing through a series of accounts – the vehicles were laundered to obscure their origin, route, and destination.

The deals are an example of an extensive weapons laundering scheme uncovered by the Organized Crime and Corruption Reporting Project (OCCRP). Documents obtained by OCCRP reveal how Ukrainian authorities and companies have made the country a key node in a network that channels Soviet-style arms from Europe to Africa and the Middle East. Many of those weapons originate in countries that are now EU members…

They also contain evidence of embargo-busting. According to the documents, Techimpex and the other connected firms took part in deals aimed at channeling weapons to African hotspots, including South Sudan and Sudan, that are under European Union (EU) arms embargoes… 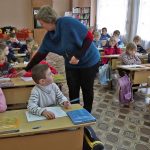 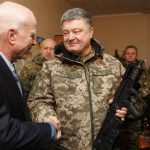