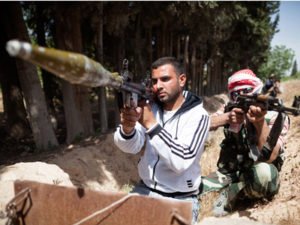 Militants in the besieged Syrian city of Aleppo continue to receive help from foreign powers that support the forces opposing President Assad’s troops, the Financial Times reports. That’s despite Al-Qaeda-linked terrorists forming a large part of the opposition.

The militants encircled inside Aleppo allege they have no shortage of weapons and ammo, having been supplied by “tens of trucks” from Turkey, the FT reports, citing an activist working on both sides of the border.

Regional powers such as Saudi Arabia and Qatar are paying for weapons and supplies being delivered into rebel-controlled areas of Syria, turning a blind eye to some of the militants’ terrorist affiliations. “The Americans, of course, knew what was going on. They ignored it to put some pressure back on Russia and Iran,” the FT quotes a Western diplomat in contact with the opposition as saying.

The report claims that guns and ammo are not as much of a problem as cash is for the militants in Aleppo.

“A lot of money has gone in the last month to get all these groups to play along,” a Syrian opposition figure residing in Turkey said, the FT reports. “That’s the only way you get these guys to work together — you have to pay them.”

It is widely known that one of the main forces fighting the Syrian Army in Aleppo is Al-Qaeda’s branch in Syria, Al-Nusra Front (now renamed Fatah al-Sham) – although the group has now renounced direct ties to the international terrorist group.

The militant force managed to push government troops back and even declared the “end of the siege,” with some attributing the success to Fatah al-Sham.

“It succeeded not because of outside support but because Fatah al-Sham and the other jihadist groups are incredibly disciplined, with plenty of guys willing to blow themselves up at the front,” the Western diplomat said.

Meanwhile, reports from the Syrian Army and the Russian Air Force say at least 2,000 jihadists have been killed in Aleppo in a matter of 10 days.

Western diplomats are urging the Syrian government to stop fighting the militants holed up in Aleppo and start negotiations with them, for the sake of the up to 300,000 civilians still stranded in the besieged city.

Saudi Arabia’s foreign minister, Adel Jubair, has been threatening to increase aid to the militants in Syria if the conflict is not resolved politically.

Humanitarian corridors have been opened by the Syrian government for civilians to leave Aleppo. However, their use remains dangerous because terrorists, in need of a civilian human shield, have posted snipers that shoot those trying to escape.

So far 400 civilians have made it out through the humanitarian corridors. Some 90 militants surrendered to government troops, with Damascus promising to pardon those who lay down arms.

The inability and unwillingness of the states involved to eliminate terrorists in Syria is being camouflaged with “lament and mourning” over the humanitarian situation in Aleppo, Russia’s Deputy Permanent Representative to the UN Vladimir Safronkov said at a UN Security Council session in New York.

A political settlement in Syria is being intentionally hindered by “propaganda, emotional rhetoric, groundless accusations and stoking tensions,” Safronkov said, adding that the only way to end the Syrian conflict was to unite in fighting terrorism and restore the political dialogue inside Syria.

While Moscow and Damascus are busy organizing humanitarian relief in Aleppo and other Syrian regions, European diplomats in the UN say that “Russia must act,” the deputy envoy added.

“What about what you must do?” Safronkov said to his Security Council colleagues, stressing that the time has come to recognize that the Syrian government’s counterterrorist operations cannot be the source of the humanitarian crisis in the country. 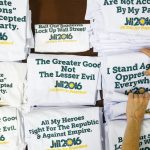 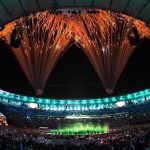 How Brazil’s wealthy benefit from the Rio OlympicsMultipolarity