Appeal by Valentina Lisitsa, published on her Facebook page, April 6, 2015

I have a confession to make and a huge favor to ask all of you. I really REALLY need your help now. But first, my confession. 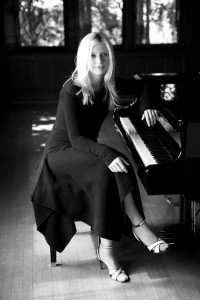 Over the last year I have been leading a double life. There was me – a “celebrity” pianist hopping from a concert to a concert, all over the world; learning new pieces, meeting fans, recording, chirping about my happiness in upbeat interviews.

But there was another me: not a musician but a regular human being – a daughter, a mother, a wife. And this human being was watching helplessly how the country of my birth, of my childhood, of my first falling in love – this country was sliding ever faster into the abyss. Children die under bombs, old ladies die of starvation, people burned alive…

The worst thing that can happen to any country is fratricidal war, people seeing each other, their neighbors as enemies to be eliminated. This is what has befallen my beautiful Ukraine. My heart was bleeding. You all saw on TV screens all over the world a magnificent revolution, the people of Ukraine raising in fury against their corrupt rulers, for a better life. I was so proud of my people! But the ruling class doesn’t let go easily. They managed to cunningly channel away the anger, to direct it to other, often imaginable, enemies – and worse, to turn people upon themselves. One year later, we have the same rich people remaining in power, misery and poverty everywhere, dozens of thousands killed, over a million of refugees. 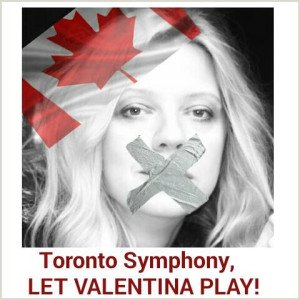 So, I took to Twitter ( how many of you know I have a Twitter account? LOL) under a name “NedoUkraïnka” – a word roughly meaning “Sub-Ukrainian”, a stab at Ukrainian Prime Minister who called Russian-speaking Southern and Eastern Ukrainians “SUBHUMANS”! Yes, I kid you not. In an official written document. I am a subhuman, my husband, my mom….I mastered Ukrainian language perfectly, far better than a so-called “president” of Ukraine. But I don’t speak it to my family, I didn’t sing lullabies to my son in Ukrainian, when I sleep I never see the dreams in Ukrainian, when I will be dying my last words will NOT be in Ukrainian….

Sorry, I got carried away telling you those things… To get back to my story – I took to Twitter in order to get the other side of the story heard, the one you never see in the mainstream media – the plight of my people, the good and bad things that were happening in Ukraine. I translated news stories from Ukrainian language websites, I translated eyewitness accounts of atrocities…. I became really good in unmasking fakes published by Western media in order to make one side of the civil war look whiter and softer than Easter bunny, and another – as sub-humans, not worthy of mercy, the “collateral damage.

To give you just one example: one of my feats was to confront French fashion magazine “Elle” who published a glowing cover story about women in Ukrainian army. After the research, I have shown to the magazine in my Twitter posts that the “cover girl” they have chosen to show was in fact a horrible person, open Neo-Nazi, racist, anti-Semite who boasted of murdering civilians for fun! The magazine issued a written public apology.

I was very proud! But with time my activities attracted a lot of vicious haters. I was a particularly important “target” because of being Ukrainian, thus – a traitor. I thought I knew hate – my playing on YouTube certainly “attracted” a fair share of hate mail. But I was mistaken. Death threats, wishes for my family to die, calling me “paid Kremlin wh*re”…the list goes on and on.

My haters didn’t stop there. Trying, in their own words, to teach me a lesson, they have now attempted to silence me as a musician. I am scheduled to play Rachmaninoff Concerto #2 with Toronto Symphony Orchestra this week. Back in December, someone in the orchestra top management, likely after the pressure from a small but aggressive lobby claiming to represent Ukrainian community, has made a decision that I should not be allowed to play. I don’t even know who my accusers are, I am kept in the dark about it. I was accused of “inciting hatred” on Twitter. As the “proof” , ironically enough, they presented to the orchestra my tweets containing, of all things, Charlie Hebdo caricatures depicting lying media!!! We all know what those who can’t tolerate free speech did to Charlie Hebdo journalists.

Now, the orchestra based in one of the freest democratic countries is bending over to the same kind of people, helping them to assassinate me – not as a living person yet , but as a MUSICIAN for sure. Yes, Toronto Symphony is going TO PAY ME NOT TO PLAY because I exercised the right to free speech. Yes, they will pay my fee but they are going to announce that I will be unable to play and they already found a substitute. And they even threatened me against saying anything about the cause of the cancellation. Seriously.

And I thought things like this only happen to Fazil Say in Turkey?[1]

Now, the plea. Before you decide to help me – If you wish, please take time and read my tweets. You might find some of them offensive – perhaps. The satire and hyperbole are the best literature tools to combat the lies. Bear that in mind when reading.

Here is what I ask you to do for me, and in defense of freedom even if you disagree with me on politics (LOLl!). I ask you to raise your voice and tell Toronto Symphony that music can’t be silenced.

Ask them to let me play. If you want to write something – great! Or just share a photo I made ( sorry, I made it on my phone, nothing fancy). Ask your friends to join in. If they do it once, they will do it again and again, until the musicians, artists are intimidated into voluntary censorship. Our future will be bleak if we allow this to happen.

Please stand with me. Here are the links:
https://www.facebook.com/torontosymphonyorchestra
Twitter @TorontoSymphony

Note by New Cold War.org editors:
[1] In April 2013, Turkish pianist Fazil Say was convicted of “blashphemy” for Tweets he had posted in which he commented on religious values. And here is an October 2014 news report about his compositions and performances being banned in Turkey.

Read also:
Coverage of this story by Toronto’s mainstream media is compiled here on New Cold War.org. The Globe and Mail, which reported the story on April 6, has a torrent of comments (368) on its website, near-to universal in condemning the decision of the Toronto Symphony Orchestra. Canada’s state broadcaster, CBC, headquartered in Toronto, has restricted its coverage of this story to a brief news wireservice story posted on its website on April 7. 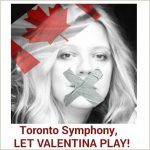 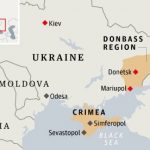