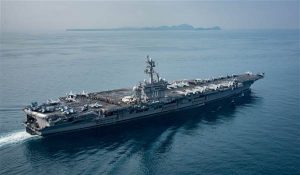 Tensions have reached a boiling point on the Korean peninsula. Women peace activists all over the world are gravely concerned about military escalation. Women Cross DMZ, of which the Women Peacemakers Program is a member, is urgently calling on all women peacemakers of conscience to help us circulate the following letter to the Trump administration. The letter has been signed by activists around the world, including North and South Korean women’s organizations.

We ask that you help garner as many high-profile and international women’s signatures as you can in the next 48 hours. It is highly significant that both Korean women have signed on, and we must back them up as women around the world calling to halt a nuclear war on the Korean peninsula and the region. Please send names, title, affiliation, location (city, country) and email for follow-up to the following email address: [email protected]

As the White House convenes 100 Senators to discuss action on North Korea, women leaders from over 40 countries, including North Korea and South Korea, call on the Trump Administration to initiate a peace process with North Korea, South Korea and China to ratchet down the rapidly escalating military tensions that could engulf the entire region in nuclear war.

“For more than seventy years, isolation, arms, troops, and Doomsday threats have been used to separate a once unified country,” writes Gloria Steinem, feminist activist and author. “Now, both Korean and global women leaders are calling for an even-handed freeze on both North Korea’s nuclear program and the US/South Korea military exercises. Isn’t it time that leaders stop, recognize danger, and listen?”

“The only so-called communication between Pyongyang and Washington is the threat of military force in the form of B-1 bombers, nuclear aircraft carriers, missiles and nuclear tests,” Kozue Akibayashi, International President of Women’s International League for Peace and Freedom, wrote from Japan. “This dangerous situation threatens everyone in the region.”

President Trump may encourage more bilateral sanctions against North Korea, including restricting oil exports there. “We must caution against targeted sanctions which harm the most vulnerable,” says Ewa Eriksson Fortier, a Swedish humanitarian aid worker with extensive experience in North Korea. “Ordinary community people need fuel to run tractors and machinery for disaster and flood prevention, and to secure access to food, safe water and sanitation.”

“President Trump and his administration must use dialogue and diplomacy to reach a peace treaty with North Korea,” Nobel Peace Laureate Mairead Maguire wrote from Northern Ireland. “Such peace leadership will give hope to the people of Korea and all of humanity.”

After claiming four million lives, the Korean War was halted on July 27, 1953 when military leaders from the United States, North Korea and China signed the Armistice Agreement and promised to return within three months to work out a peace deal.

Women leaders call on President Trump to take steps now to formally end the Korean War with a peace treaty, which would lead to greater security in Korea and globally by countering the escalating militarization in the region and the proliferation of nuclear weapons. “Women have to call for dialogue when resorting to weapons will have catastrophic consequences,” says Cora Weiss, longtime nuclear weapons abolitionist and President of Hague Appeal for Peace.

PDF of letter here or at weblink above. 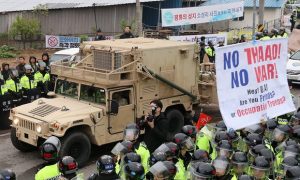 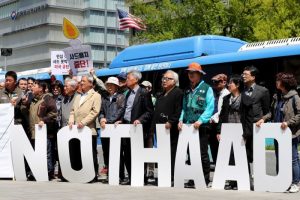 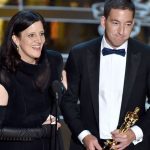 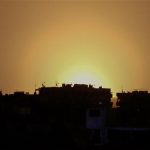