Another news host at Canada’s state broadcaster fired in disgrace

For the second time in less than a year, a top program host of the Canadian Broadcasting Corportation has been fired in disgrace. 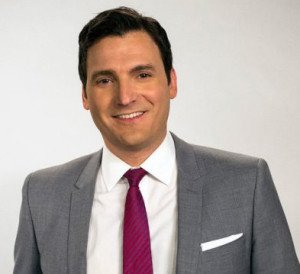 Yesterday, the CBC announced it had fired Evan Solomon. He is the host of two of the network’s leading news programs–‘Power and Politics’, a weekday interview program on the network’s 24-hour television news channel, CBC News Network, and ‘The House’, a weekly CBC Radio One program.

Solomon was fired after the Toronto Star revealed that he was running a very lucrative business selling expensive art on commission. Contacts made through the course of his media work proved very useful to the business.

Solomon initially denied the fact of his art business when the Star questioned him. Top CBC managers told the Star that it was aware of what Solomon was doing. The broadcaster fired the program host after the news of his business went public.

Jian Ghomeshi was fired after a Toronto Star inquiry revealed that Ghomeshi had a history of using his reputation and influence to sexually prey upon women employees and interns of the program he hosted. He is presently facing five criminal charges of sexual assault. Court dates have been set for February and June of 2016.

The Star investigation of Ghomeshi also revealed that the top managers of CBC turned a blind eye to the toxic, sexist atmosphere prevailing at ‘Q’. Ghomeshi was the creator and founding host of the program. It launched in April 2007.

The case of Evan Solomon reveals an important side of the CBC’s increasingly shattered reputation–the inability of its top managers to respect and apply standards of ethical conduct of its journalists. Other prominent figures on CBC News have been exposed lately for earning lucrative payments to give speeches to large, corporate conferences and think tanks. These include Peter Mansbridge, host of the flagship evening television program ‘The National’, and Amanda Lang, ‘senior business correspondent’ of CBC News. CBC tried to defend the money-making (influence peddling?) practice of its so-called journalists in accepting paid speaking functions, but in January of this year it relented and said it was henceforth banning the practice.

Canada’s mainstream media and government are taking a combined credibility hit on another front–the country’s unelected senate. Specifically, the long practice by federal governments of appointing journalists to the Senate has imploded. A string of senators are currently under investigation for fraud and breach of trust connected to their Senate expense accounts. Some have been criminally charged. The two most prominent of those facing charges are Pamela Wallin and Mike Duffy, both appointed by Prime Minister Stephen Harper after successful broadcast careers, including at the CBC. Duffy’s trial is currently taking place. He faces 31 counts of fraud, breach of trust and bribery.

CBC is the television and radio broadcaster to whom many Canadians turn for world news. They expect it to conduct serious and impartial investigations of such history-making events as the conflict in eastern Ukraine. But massive cuts to the financing of the CBC by successive federal governments during the past several decades have crippled its reporting capacity. The cuts have made the broadcaster ever more beholden to the whims of its paymaster. This has been evidenced by CBC coverage of Ukraine during the past 18 months. Its reports have simply parrotted the ‘blame Russia’ political line coming out of Ottawa and NATO.

Similar biases permeated CBC and other mainstream coverage following the massive earthquake in Haiti in January 2010.

Why was Evan Solomon fired from CBC and not Amanda Lang?, by Bruce Livesey, National Observer, June 10, 2015