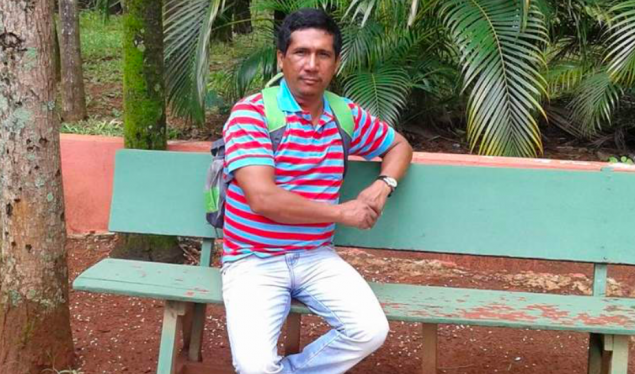 Rodrigues Guajajara, a prominent indigenous leader from Araribóia indigenous territory in Brazil’s Amazonian state of Maranhão, was assassinated on the afternoon of Tuesday, March 31. His body was found near his village, Zutiwa, in the municipality of Arame, which is home to about 1,000 indigenous people.

Maranhão, Brazil – Zezico Rodrigues Guajajara, a prominent indigenous leader from Araribóia indigenous territory in Brazil’s Amazonian state of Maranhão, was assassinated on Tuesday afternoon. His body was found near his village, Zutiwa, in the municipality of Arame, which is home to about 1,000 indigenous people. According to information obtained by Amazônia Real, Zezico was returning to the village on a motorcycle when he was killed with a shotgun. There is still no information on the motive of the crime or who the killer is, however it is suspected that he was murdered by local illegal loggers who had repeatedly threatened his life.

Zezico Rodrigues is the fifth indigenous Guajajara murdered in just the past five months. On November 1st, Forest Guardian Paulo Paulino Guajajara was killed in an ambush by illegal loggers within Araribóia territory. On December 7th, indigenous leaders Firmino Prexede Guajajara and Raimundo Benício Guajajara were murdered in a drive-by shooting. And on December 13th, 15-year-old Erisvan Guajajara was found stabbed to death in the Amarante municipality.

For 23 years, Zezico served his people as a teacher and was recognized as one the Guajarara’s most important leaders for his longstanding defense of Arariboia territory. His support for the Guardians of the Forest was instrumental to the success of this group of 120 Guajarara volunteers in their efforts to protect their territory from illegal logging. Zezico was also an important voice advocating the protection of the Awá-Guajá people, who live in voluntary isolation on Arariboia territory. Days prior to his murder, he was elected coordinator of COCALITIA (Commission of Chiefs and Indigenous Leaders of Araribóia Indigenous Territory).

Sônia Guajajara, of the Guajajara People and leader of the Association of Brazil’s Indigenous Peoples (APIB) said:

“We lost one more warrior, a great leader of the Guajajara people. Zezico Guajajara was an important indigenous leader, always combative, courageous and committed to the struggle in defense of our people. We demand that the Federal Police investigate and clarify this brutal murder in Araribóia Territory because it is the certainty of impunity that generates more violence and murders in our territories. It is regrettable that the National Indigenous Foundation (FUNAI) recklessly released information that aims to relate the murder of Zezico with internal conflicts of the Guajajara people. We must stop the invasion of loggers, miners, and hunters into our territories. We demand justice and protection for indigenous peoples by the Brazilian government. Stop killing us! Stop the genocide! Our lives and our struggle matter! Zezico’s death will not be in vain – for every warrior who falls, many more rise!”

In a 2017 interview with journalist Scott Wallace, Zezico said he feared for his life and those of his people. According to Wallace’s notes, he said: “I’m the most wanted of the leaders by the invaders and pistoleiros [gunmen].” After Paulino’s murder, Zezico became the Guajajara people’s principal spokesperson reporting invasions and attacks by illegal loggers in the region. His village, Zutiwa, was one of the main targets of arson.

“The murder of Zezico Guajajara, an important leader to his people and a marked enemy to loggers, is not an isolated incident. His killing is linked to the recent murders of indigenous people who have been suffering the consequences of the criminal activities of loggers and other economic groups who invade their lands and threaten their lives with the guarantee of impunity. The Brazilian government is conniving and complicit in these killings,” said Ana Paula Vargas, Amazon Watch’s Brazil Program Manager.

In an interview with Amazon Watch after the fires, in September 2019, Zezico said that the Forest Guardians needed logistical support, material, and equipment to fight the fires and illegal loggers. “We, the Guajajara people, depend on this land, we survive from it. Our culture, identity, and values are linked to our territory. Our view is that the Earth needs us and we need her. We do not have financial resources or policies of the Brazilian government to support us in this battle for our territory, but we continue to fight because it is the only choice we have.”

Zezico stated that logging invasions are mounting in the region, imperiling indigenous peoples and their forests in a recent interview with Amazônia Real. “The threats are against almost all of us [who are] leaders and chiefs. The government never takes action. Throughout this period we’ve lost our warriors without punishment for their killers. [Brazil’s indigenous agency] FUNAI knows the whole story, but it also always covered up the cases, that is, it did not ask for further investigation. Thus, the loggers have caught their breath, due to the lack of punishment for their crimes,” he said. Zezico also said that the indigenous people of Maranhão have made several complaints to the state and federal governments and demanded justice against local logging mafias in recent years, without receiving answers.”

Since Paulino’s murder, feelings of abandonment and insecurity have spread throughout the more than 170 villages of Arariboia territory (an area of 413,000 hectares which has been demarcated since 1990). According to the Brazilian newspaper Folha de S. Paulo, threats and tension are forcing the Forest Guardians to leave their territory. Local authorities decided to evacuate three guardians for their own safety: the group’s coordinator, Olímpio Guajajara, and guardians Laércio and Auro Guajajara (one of whom, Laércio, survived the ambush that killed Paulino). This week, the Federal Court in Maranhão state accepted the Federal Prosecutor’s complaint against two of those accused of murdering Paulino and made them defendants.

The state government of Maranhão has launched an investigation on Zezico’s death. The Coordination of the National Indigenous Foundation (FUNAI) of Arame requested urgent support from the State Secretariat of Public Security early Tuesday afternoon to investigate the murder. 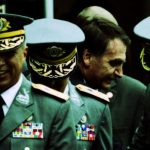 Brazilian democracy is deadBrazil, Fascism and the new far right, Latin America and the Caribbean 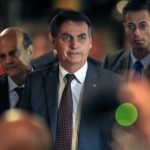 Sader: Bolsonaro has been neutralized but Military eyes 2022Brazil, Fascism and the new far right, Latin America and the Caribbean