The following resolution was adopted by the June 24-27, 2016 U.S. Conference of Mayors. The resolution is published on the Conference website under the section ‘International resolutions’.

The adoption of the resolution by U.S. mayors drew little media attention in the United States, leave alone internationally. Yet the resolution was approved less than two weeks before the NATO countries are to gather for a war summit in Warsaw, Poland on July 8 and 9. The mayors’ resolution warns, “Nuclear-armed countries are edging ever closer to direct military confrontation in conflict zones around the world, and the largest NATO war games in decades [Rapid Trident 2016], involving 14,000 U.S. troops, and activation of U.S. missile defenses in Eastern Europe are fueling growing tensions between nuclear-armed giants.”

Calling on the Next U.S. President to Pursue Diplomacy with Other Nuclear-Armed States; Participate in Negotiations for the Elimination of Nuclear Weapons; Cut Nuclear Weapons Spending and Redirection Funds to Meet the Needs of Cities

WHEREAS, the August 1945 U.S. atomic bombings of Hiroshima and Nagasaki indiscriminately incinerated tens of thousands of ordinary people, and by the end of 1945 more than 210,000 people – mainly civilians, were dead, and the surviving hibakusha, their children and grandchildren continue to suffer from physical, psychological and sociological effects; and

WHEREAS, the United States Conference of Mayors (USCM) commends President Obama for visiting Hiroshima on May 27, 2016 and meeting with hibakusha as we called upon him to do in 2015, and for declaring there: “[A]mong those nations like my own that hold nuclear stockpiles, we must have the courage to escape the logic of fear, and pursue a world without them…. We’re not bound by genetic code to repeat the mistakes of the past”; and

WHEREAS, the USCM commends President Obama for the successful conclusion of diplomatic negotiations with Iran on a comprehensive nuclear deal as we called upon him to do in 2015; and

WHEREAS, at the same time, the Obama Administration has reduced the U.S. nuclear stockpile less than any post-Cold War presidency and has laid the groundwork for the United States to spend one trillion dollars over the next three decades to maintain and modernize its nuclear bombs and warheads, production facilities, delivery systems, and command and control, and the other nuclear-armed states are following suit; and

WHEREAS, the nuclear-armed countries are edging ever closer to direct military confrontation in conflict zones around the world, and the largest NATO war games in decades, involving 14,000 U.S. troops, and activation of U.S. missile defenses in Eastern Europe are fueling growing tensions between nuclear-armed giants, and according to former Defense Secretary William Perry: “The probability of a nuclear calamity is higher today, I believe, that it was during the cold war.”; and

WHEREAS, more than 15,000 nuclear weapons, most orders of magnitude more powerful than the Hiroshima and Nagasaki bombs, 94% held by the United States and Russia, continue to pose an intolerable threat to cities and humanity; and

WHEREAS, the United States and the other nuclear-armed states are refusing to participate in the United Nations Open-Ended Working Group Taking Forward Multilateral Nuclear Disarmament Negotiations, meeting this year in Geneva; and

WHEREAS, deteriorating infrastructure is endangering public safety and quality of life, and the growing disparity in wealth is forcing people to leave America’s cities, and federal funds are desperately needed in our communities to build affordable housing, create jobs with livable wages, improve public transit, and develop sustainable energy sources; and

WHEREAS, the USCM commends Mayor Denise Simmons and the Cambridge City Council for demonstrating bold leadership at the municipal level by unanimously deciding on April 2, 2016, to divest their one-billion-dollar city pension fund from all companies involved in production of nuclear weapons systems and in entities investing in such companies; and

WHEREAS, Mayors for Peace continues to aim for the global elimination of nuclear weapons by 2020, and its membership has grown to 7,063 cities in 161 countries, with 207 U.S. members; and

WHEREAS, the USCM congratulates Des Moines and its Mayor T.M. Franklin Cownie on Des Moines’ appointment as Lead City for the U.S. section Mayors for Peace,

NOW, THEREFORE BE IT RESOLVED, that the USCM calls on the next President of the United States, as an urgent matter, to pursue new diplomatic initiatives to lower tensions with Russia and China and to dramatically reduce U.S. and Russian nuclear stockpiles; and

BE IT FURTHER RESOLVED, that the USCM calls on the next President of the United States, in good faith, to participate in or initiate, for example by convening a Nuclear Disarmament Summit, multilateral negotiations for the elimination of nuclear weapons as required by the 1970 Nuclear Nonproliferation Treaty; and

BE IT FURTHER RESOLVED, that the USCM calls on the next President and Congress of the United States to reduce nuclear weapons spending to the minimum necessary to assure the safety and security of the existing weapons as they await disablement and dismantlement, and to redirect those funds to address the urgent needs of cities and rebuild our nation’s crumbling infrastructure; and

BE IT FURTHER RESOLVED, that the USCM calls on member cities to take action at the municipal level to raise public awareness of the humanitarian impacts and financial costs of nuclear weapons, the growing dangers of wars among nuclear-armed states, and the urgent need for good faith U.S. participation in negotiating the global elimination of nuclear weapons by, for example, planting seedlings of A-bombed trees, hosting A-bomb poster exhibitions and film screenings, sharing hibakusha testimonies via Skype, promoting Hiroshima-Nagasaki Peace Study Courses; and having their mayors speak at local Hiroshima-Nagasaki commemorations; and

BE IT FURTHER RESOLVED, that the USCM reaffirms its support for Mayors for Peace and urges additional U.S. cities to join in its campaign to reach 10,000 member cities by 2020. 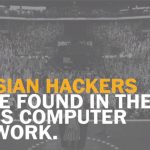 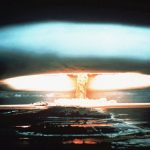