Analysis: As April elections approach, Israel increasingly reveals itself as a racist endeavour 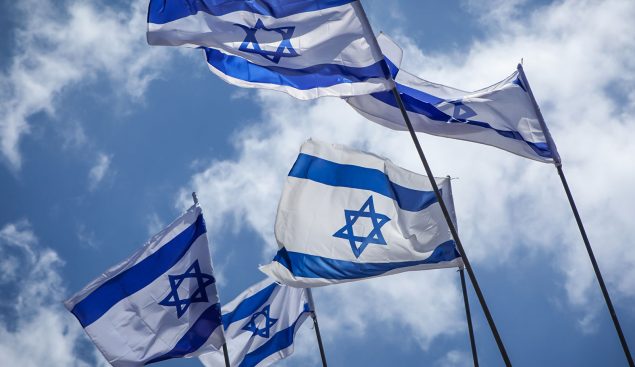 THE decision by the state of Israel to ban two Arab parties, Balad and United Arab List, and to ban a Jewish candidate for a third major Arab party, Hadash, ahead of elections next month has made little impact on Western politics.

“Israel, already a violent and racist state, is heading in an even more dangerous direction as April elections approach”

Not much more recognition has greated Prime Minister Benjamin Netanyahu’s claim that: “The nation state not of all its citizens, but only of the Jewish people”.

Israel is on a dangerous trajectory towards the far right. In the key sponsors of the Israeli state internationally, such as the US and UK, some of the favourite  talking points of pro-Israel apologists – that Israel is ‘the only democracy in the middle east’ or that it should not be described as ‘a racist endeavour’ – cannot survive this reality.

The rise of the Israeli far right – Settler violence

Israel shares a dynamic – common to colonial settler states – of internal and external pressure, leading to a radicalisation in the states’ fundamental tendencies. The new Israeli far right walks on two main legs.

Some 600,000 Israeli settlers now live on occupied territories, forming an essential part of the Israeli security and apartheid state in the West Bank. They enjoy the variously tacit, uneasy or active support of state and political actors, and their movement and claims to land and state help are a major tributary to the insurgent far right.

A state which makes a religious and racial claim to territory naturally breeds these kinds of movements. And though they have sometimes given the state a headache, they also serve its security interests and feed the political radicalisation of wider Israeli society.

The rise of the Israeli far right – new political forces

Now Netanyahu is trying to broker an alliance between Israel’s smaller far right parties. These include not only the far right and settler interest Jewish Home party, but the even more radical Jewish Power party, whose leader has incited race riots against African refugees, called the Israeli left “germs” and called for the mass murder of Palestinians in Gaza.

These political tendencies influence the rightward direction of Netanyahu’s Likud party, but they are also fostered by it. The more traditional Israeli Right want to build up a Galaxy of far right forces to keep more progressive politicians away from power.

When the nation state laws were implemented in July 2018, they privileged Hebrew as the official language over Arabic, established as a state objective the development of settlements and asserted that “the exercise of the right to national self-determination in the State of Israel is unique to the Jewish People”, meaning that other claims to self-determination are not recognised.

Now that the political dynamic and rhetoric have met the reality of the nation-state laws, Western leaders cannot fein shock.

Israel is not a peaceful society occasionally disrupted by violent ‘clashes’ with Palestinians, or an essentially democratic and inclusive society with eccentric instances of demagoguery and racism.

It is a colonial settler state, and this, rather than any other characteristic it represents, or claims to represent, is foundational to its nature and the way it operates.

Today Israel is a major strategic partner of the western powers.

Though initiatlly a project of the Zionist colonial settler movement as a response to European antisemitism, Israel has been developed over decades by massive Western civilian and military aid. US aid to Israel is the highest per capita in the world – half of US military aid alone goes to a state with only one thousandth of the world’s population. It acts as a forward operating base for western powers in one of the most geo-strategically vital parts of the world.

The Palestinian population, displaced from their lands by the new state, have little shelter because surrounding states are also on the pay role of the West. Just below Israel on the aid scale are Jordan and Egypt, who are paid not to interfere with Israel.

Israel is today a central part of the architecture of a Middle East dominated by western interests, and the Palestinians live as second class citizens in Jewish majority areas, under occupation in the West Bank, or sealed off in a suffering Gaza strip in the south of the country.

The dynamic of colonialism

But colonial societies are not static, for all that they are oppressive. In the 20th century, which saw the demise of most of its colonial settler states, they proved to be vulnerable both to threats by their subjugated populations and, crucially in the case of Israel, to internal radicalisation by their own settler populations.

As domestic national liberation movements, and then international pressure, mounted on colonial states like Apartheid South Africa, and the Northern Ireland statelet, these states developed hardline and ideologically eccentric internal movements, which sought to meet resistance to colonialism with greater aggression and supremacism.

For instance the Afrikaner Weerstandsbeweging (AWB) in South Africa, organised among the rural white Afrikaner population, adopted an extreme white supremacist attitude and militated against popular threats to the racist apartheid system.

Like some settler communities in Israel, they had a complex relationship with the state, which they sometimes found themselves fighting against. They failed to stop the implosion of apartheid and the dawn of the new South Africa and their dreams of an independent white state came to nothing.

In Northern Ireland, traditional unionist forces gave way to more radical British nationalist parties and violent loyalist groups in the wake of the civil rights movement of the late 1960’s.

In these and other cases, the traditional privileges of colonial settler groups morphed into wider ideological claims and supremacist movements, when challenges to the central order emerged.

With a colonial settler state like Israel, the crimes of today derive from the first principals of the state. Denying the land and rights of the Arab population always meant subjecting it to oppression.

The seeds of today’s open racism were planted in the early years and decades of the new state, even when it was more likely to identify itself with the rhetoric of the international left and the concept of anti-racism and national rights.

Today, when the rhetoric has been abandoned for open racism and authoritarianism, it is tempting to portray this as simply a move away from hypocrisy. And for the Arab population, who have long suffered the practices of racism, it is.

But this is also a trajectory. When Rabbi Meir Kahane, then leader of the racist Kach party entered the Knesset in 1984, he was shunned by official Israeli society. All members of parliament, including rightwing members, used to walk out in protest whenever he spoke.

Since then the peace process has completely collapsed, the idea of a two state solution buried under the deepening occupation of the West Bank, repeated brutalisation of the Gaza strip, and the diminishment of Arab and minority rights within Israel. The new far right is both the product and an accelerator of these tendencies.

The US and the UK, as well as other western powers, are the handmaidens of this situation. By standing by the colonial project, from which they benefit, by supplying them with arms, funds, diplomatic support and a veneer of respectability, they have driven the logic of colonialism to this deadly juncture.

The next serious crime committed against the Palestinian people is just a matter of time, and the old excuses of British politicians won’t wash anymore.