An open letter to Justin Trudeau on Venezuela 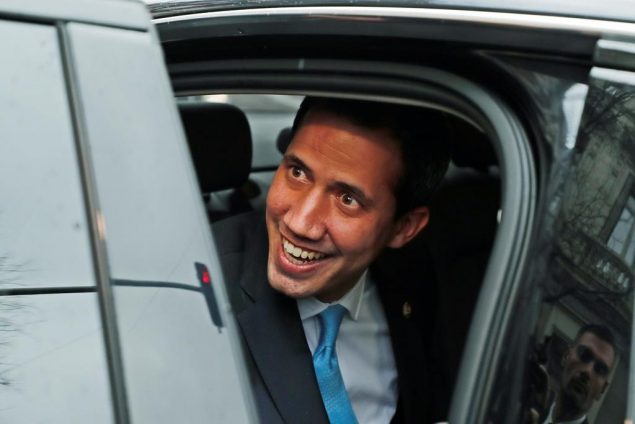 “I ask you to stop interfering in the domestic affairs of Venezuela, or any other country for that matter. Canada must abide by accepted standards of international relations with sovereign countries”

Re: Your announcement of January 26, 2020 “Interim President of Venezuela Juan Guaidó to visit Canada”

I have read with great disappointment your office’s announcement that you are meeting with what many Venezuelans and Canadians alike consider the real impostor, Juan Guaidó, in the political crisis that your government is part of.

Your support for such an individual is wrong at many political levels that are based on your government defence of Canadian corporations’ interests in Venezuela. Guaidó represents the gate to fulfilling Canada’s greedy business goal at the cost of disenfranchising the majority of Venezuelans who want to protect their resources for a more just management and use.

In the larger picture of Canadian foreign policy the twisted principle involved is not different from Canada selling weapons to Saudi Arabia to be used to violate the human rights of the Saudi people. Business trumping justice.

If I were in a light mood I would make a joke about the use of the word “trumping” in my sentence, but I am sure you understand my reference to your government’s cozying attitude with our neighbour to the South. However, this is a very serious matter that I encourage you to reflect on, not based on numbers and dollars, but rather on values and most of all on justice if you really want to speak on behalf of all Canadians.

Truthful statements seem to escape your handlers when they attribute to you the false “quick fact”, “On January 23, 2019, Juan Guaidó was declared Interim President of Venezuela.”

“Was declared”?!? By whom? By which process? We all saw on live TV in dismay when Mr. Guaidó appointed himself “interim president” in front of a crowd on a street of Caracas. There were no elections. There were no public representatives of any formal institutions present ratifying that action. It was the modern version of Napoleon crowning himself king! In unison the US government and your government immediately accepted that gross usurping of authority in Venezuela.

Finally, you and your government may disagree with the politics in Venezuela, but you have no right interfering in the internal affairs of that country. And you do when you attempt to change the course of events in Venezuela. Only Venezuelans have that right.

And here I address you now as a Venezuelan-Canadian. I use my privilege and right to vote in Canadian elections. I do so because I believe in a democratic process that may not be perfect but that we help in perfecting as responsible citizens.

Likewise I have the privilege and the right to vote in Venezuelan elections for the same reason.

I ask you, what part of “the importance of democracy and the need to respect the Venezuelan Constitution”, as you state, will you discuss with Guaidó?

I ask you, what part of “Venezuelan-led transition toward free and fair elections” are you referring to? When this is clearly a Canadian-led interference in elections that you have embarked on contrary to the will of the majority of Venezuelans in Venezuela?

I ask you, which article of the Vienna Convention on Diplomatic Relations gives your government the right to interfere with an election taking place in the jurisdiction of a Venezuelan consulate?

I ask you, which article of the OAS Charter did you use in interfering in sovereign Venezuela?

I ask you, which article of any international law did you use to blatantly “create” an interim president in another State? That seems to be more the attitude of a colonialist government

Your government’s position and statements are contrary to all the principles I am aware of. And I speak with the authority of my personal experience.

As a Canadian a reject any notion of US-style Canadian exceptionalism.

By the time this letter is published you will have met with your protégé that I will continue to consider an impostor until he decides to abide by the Venezuelan constitution and accepts to participate in the established democratic process in Venezuela. He will have all the rights that the Venezuelan people decide to grant him democratically and not those that foreign governments like your government choose to give him on a political whim.

Finally, I ask you to stop interfering in the domestic affairs of Venezuela, or any other country for that matter. Canada must abide by accepted standards of international relations with sovereign countries