By New Cold War
Posted March 1, 2016
In Solidarity with Ukrainian people, Ukraine
An appeal to the members of the Canadian Parliament in connection with the visit of Andriy Parubiy to Canada2016-03-012016-03-04https://newcoldwar.org/wp-content/uploads/2020/05/2020-NCW-Logo-New.pngNew Cold War: Know Betterhttps://newcoldwar.org/wp-content/uploads/2016/03/Andriy-Parubiy-circled-watches-Maidan-paramilitaries-exit-the-Ukraina-Hotel-wkkith-their-snipering-rifles-concealed-in-February-2014.jpg200px200px

An appeal from the Russian Congress of Canada to the Members of the Parliament of Canada in connection with the visit of the Ukrainian politician Andriy Parubiy to Canada on February 22, 23, 2016.

Letter published on the website of the Russian Congress of Canada, Feb 26, 2016

We would like to share some troubling information with you that comes from those who sincerely desire to help Ukraine to become a prosperous and democratic country. Several institutions in Canada have welcomed in the past few days a person who is known as one of the founders of the modern far-right party in Ukraine. Canada does no favour to Ukraine by such actions. 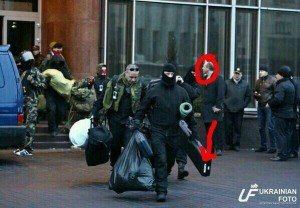 We are talking about Andriy Parubiy, the former Secretary of the National Security and Defense Council of Ukraine and the current First Deputy Speaker of the Verkhovna Rada, the Ukrainian Parliament. He was invited to speak on February 22 at the Munk School of Global Affairs in Toronto. The next day, he visited the Canadian Parliament. Parubiy’s political curriculum vitae looked impeccable on the Munk School’s website. However, there was not a word about Parubiy’s active participation in the Ukrainian extreme right movement since the early 1990s.

Andriy Parubiy was a co-founder of the Social National Party of Ukraine in 1991. The party was officially registered in 1995. The official doctrine of this party was “social nationalism”, apparently inspired by German National Socialism. The party proclaimed its program as revolutionary and ultra-nationalist. It blamed Russia for all of the Ukraine’s misfortunes. The official symbol of SNPU is the Wolfsangel, a slightly modified Wolf’s Hook, used by the German SS division Das Reich which is recognized as a war criminal organization. The same symbol is now placed on the flag of the infamous ultra-nationalist Azov Battalion, a far-right paramilitary battalion which together with other similar formations has committed war crimes during the nearly two-year civil war conflict in eastern Ukraine. This has been recognized by international organizations such as Amnesty International. The founder of the Azov Battalion, Andriy Biletsky, is a disciple of Andriy Parubiy.

Parubiy is a close political ally of Oleh Tyahnybok, the leader of the far-right nationalist party Svoboda. In 2004, Tyahnybok was excluded from the ‘Our Ukraine’ faction in the Ukrainian parliament after giving a speech at the grave of the commander of the Ukrainian Insurgent Army (UPA). UPA was a World War II ultra-nationalist paramilitary partisan army that fought against the Soviet army, Canada’s ally in WWII. The UPA carried out ethnic cleansing of Poles, Jews and pro-Soviet Ukrainians.

Tyahnybok stated in that speech: “They [UPA fighters] were not afraid and we should not be afraid. They took their automatic guns on their necks and went into the woods, and fought against the Muscovites, Germans, Jews and other scum who wanted to take away our Ukrainian state…You [UPA veterans and their followers in modern Ukraine] are the ones that the Moscow-Jewish mafia ruling Ukraine fears most”.

In 2004, Parubiy began to create a more moderate image of himself as a public figure, but his ultra-nationalist views have not changed. In 2010, he protested against the European Parliament resolution regarding the decision of the then President of Ukraine to declare Stepan Bandera a National Hero of Ukraine (Bandera was the head of the OUN-UPA, a far-right nationalist organization which collaborated with the Nazis during WWII and was involved in carrying out acts of genocide against Poles, Jews, Russians, Ukrainians and others). 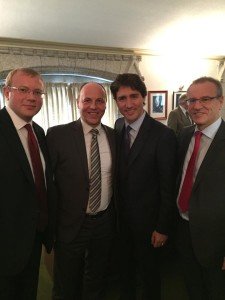 The resolution of the European Parliament reads: “[The European Parliament] deeply deplores the decision by the outgoing President of Ukraine, Viktor Yushchenko, posthumously to award Stepan Bandera, a leader of the Organization of Ukrainian Nationalists (OUN) which collaborated with Nazi Germany, the title of ‘National Hero of Ukraine’; hopes, in this regard, that the new Ukrainian leadership will reconsider such decisions and will maintain its commitment to European values”.

During the Euromaidan movement of late 2013 – early 2014, Parubiy was the “commander” of various paramilitary units. They took oaths of allegiance to him as commander. Thus, the ultra-nationalist paramilitary groups, which had joined together under the umbrella of the Right Sector (Pravyi Sektor), were operating under Parubiy’s authority.

Allegedly, Parubiy was directly involved in the Maidan sniper shootings which claimed the lives of dozens of Maidan protesters and police. Although, the official version of events by the Ukrainian authorities which replaced the overthrown government of President Victor Yanukovych, was that the ‘Berkut’ special police fired at the protesters, University of Ottawa researcher Ivan Katchanovski has conducted thorough investigations, showing that bullets were fired from the Hotel Ukraina which at the time was under the control of the Maidan paramilitary forces.

The investigation of the Maidan sniper massacre has been criticized in Ukraine and abroad for procrastination and lack of results (see, for instance, the European Council report). As the then secretary of the National Security and Defense Council of Ukraine, Andriy Parubiy played a key role in launching the so-called Anti-Terrorist Operation against the people of Donbas in the spring of 2014. This quickly became a civil war, imposed on the people of Donbas, because they rejected the overthrow of President Yanukovych in late February 2014 and they did not approve of the Ukrainian ultra-nationalism expressed by the Euromaidan movement and the new governing authorities in Kyiv. You can find more on the genesis of the conflict in Donbas in this article by a Ukrainian-Canadian writer.

The current conflict in eastern Ukraine exploded precisely because a large part of southeastern Ukraine rejects the ethnic nationalism and ultra-right wing politics represented by such figures as Andriy Parubiy. Canada, by extending an official welcome or support to persons like him, grants legitimacy to Ukrainian politicians who are destroying Ukraine by actively imposing their ultra-nationalist ideology on the Ukrainian population.

Ukraine is not an ethnic nationalist enclave. It is a multi-ethnic country where Ukrainians, Russians, Jews, Poles, Hungarians, Romanians, Greeks, Tatars, and other nationalities lived peacefully, side by side, during the 25 years of post-Soviet Union independence. Ukrainian-Russian bilingualism is a distinctive feature of this society in all its richness. Imposing a mono-ethnic and monolingual version of “democracy”, as championed by Andriy Parubiy, is essentially destroying Ukraine.

As Canadians of Ukrainian and Russian origin who respect Canada’s multicultural values, it saddens us to see how Canada has been blindly supporting this initiative. We strongly believe that Canada can do much better by helping Ukraine to elaborate a form of political arrangement in Ukraine that would accommodate diversity, not its destruction.

We hope this letter will inspire you to reflect more on Canada’s involvement in Ukraine. 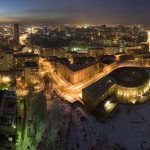 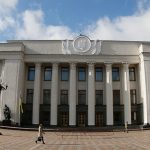