Pro-Kyiv volunteer battalions are increasingly blocking humanitarian aid into eastern Ukraine in a move which will exacerbate a pending humanitarian crisis in the run up to Christmas and New Year, said Amnesty International. 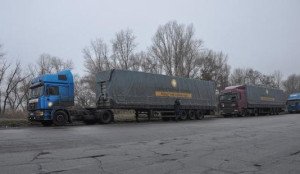 Humanitarian convoy blocked on a checkpoint near Donetsk on 18 December, 2014, photo by Rinat Akhmetov Foundation

“As winter sets in, the already desperate situation in eastern Ukraine is being made even worse by the volunteer battalions preventing food aid and medicine from reaching those in need. It is no secret that the region is facing a humanitarian disaster with many already at risk of starvation,” said Denis Krivosheev, acting Director of Europe and Central Asia for Amnesty International.

“These battalions often act like renegade gangs and urgently need to be brought under control. Denying food to people caught up in a conflict is against international law and the perpetrators must be held to account.”

Amnesty International has received information that the pro-Kyiv battalions, which include Dnipro-1 and Aidar, have blocked aid entering territories controlled by the self-proclaimed Donetsk and Luhansk People’s Republics (DNR and LNR).

The Dnipro-1 volunteer battalion, along with members of Donbass battalion and Pravyi Sector militia, are reported to have blocked 11 roads leading into the DNR-controlled territory. They have refused to allow most aid convoys through, because they believe food and clothing are ending up in the wrong hands and may be sold instead of being given as humanitarian aid. They also insist on the release of prisoners held by the separatist forces as a condition for granting access to the humanitarian aid to the east. 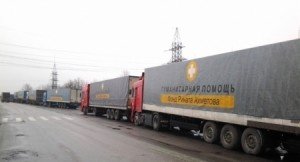 At least four convoys sent by the humanitarian foundation of Rinat Akhmetov, one of Ukraine’s richest men, were blocked on the roads leading to the separatist-controlled territory by the Dnipro-1 battalion last week.

After stopping one of the convoys Vladimir Manko, deputy commander of the Dnipro-1 battalion, told the Ukrainian media: “We don’t have any control on the other side. It turns out that we’re at war with them and we’re spilling our blood, but in the same time we’re feeding them.”

Over half of the population in these areas are now entirely dependent on food aid as wages, pensions and social benefits are not being paid regularly as a result of the conflict that began in May. The decision of the Ukrainian authorities in Kyiv to essentially cut off the region from the Ukrainian financial system in November is also contributing to the hardship of the local population.

An aid worker from the Luhansk Region has informed Amnesty International that Aidar battalion is also stopping and searching cars that travel from Starobil’sk to Luhansk and vice versa. Members of the battalion, which was previously implicated in arbitrary detention and torture, are reportedly stopping food and medicines getting through to the region.

The aid worker recalled a particular case when medicines for four elderly people in Krasnodon, who are suffering from heart and blood pressure conditions, were snatched from a bus at a checkpoint.

“Checking the content of humanitarian convoys crossing frontline is one thing. Preventing it is another. Attempting to create unbearable conditions of life is a whole new ballgame. Using starvation of civilians as a method of warfare is a war crime,” said Denis Krivosheev.

The population of the region has suffered from six months of fighting between Kyiv-controlled and pro-Russian separatist forces. More than 4,700 people have died and thousands more live in fear of being caught in the crossfire or being entirely cut off from vital food and medical supplies.

Amnesty International reiterates its call for the Ukrainian authorities to reign in the volunteer battalions and to ensure that humanitarian aid reaches those who desperately need it. 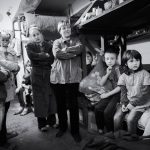 Reporting from Donetsk: Children of war 2.0Digest, Feature Articles, Ukraine
Ukraine is a prize neither Russia nor the West can afford to winBackground, Ukraine