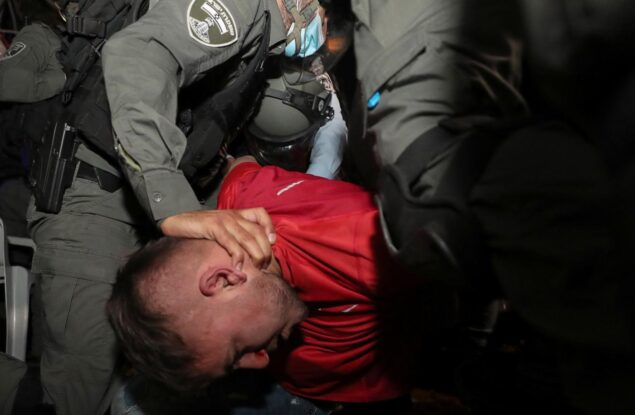 With the publication of Amnesty International’s new apartheid report, Israel’s supporters have just one tactic left: to accuse critics of antisemitism

The walls protecting Israel are quickly crumbling. A year ago, it was Israel’s most celebrated human rights group, B’Tselem. Months later, it was the New York-based Human Rights Watch, whose senior staff have often enjoyed a revolving door with the US State Department.

Now, the one speaking up is Amnesty International – an organisation widely viewed as the most authoritative arbiter of what constitutes human rights violations. Over the past year, all have reached the same conclusion: Israel is an apartheid state. According to Amnesty’s new report published on Tuesday: “Israel’s system of institutionalized segregation and discrimination against Palestinians, as a racial group, in all areas under its control amounts to a system of apartheid.”

This is not just a criticism of Israel’s occupation. All three groups have been pointing out for decades Israel’s flagrant disregard of international law, and its likely commission of war crimes, in the occupied territories.

Now, the consensus is shifting to entirely new terrain – a discursive battlefield where Israel has less effective weapons with which to defend itself

But Israel was little concerned, so long as public debate was confined to the occupation. Its advocates quickly learned that they could always deflect to matters of Israel’s security, by presenting any Palestinian resistance as terrorism.

Now, the consensus is shifting to entirely new terrain – a discursive battlefield where Israel has less effective weapons with which to defend itself. The biggest human rights watchdogs are agreed that everything about Israel’s rule over Palestinians is connected, from its military oppression of those under occupation, to the civil legal system inside Israel that systematically confers inferior rights on the country’s large minority of nominal Palestinian “citizens”.

Late in the day, the champions of human rights have fully understood that the divisions between Israel and the occupied territories are simply cosmetic. They have served a public relations purpose, hiding Israel’s true intent: to dispossess Palestinians wherever they find themselves under Israeli rule.

Crucially, all the major human rights groups have now jettisoned the key artificial distinction insisted upon by Israel. Israel’s premise was that its 1.8 million Palestinian “citizens” – a fifth of the population inside Israel – faced informal and unconscious discrimination, similar to that suffered by minorities in western democracies, such as the US and UK.

The message was intended to reassure: Israel’s treatment of its Palestinian citizens was not perfect, but it was no worse than other liberal democratic states. That allowed it to rationalise its brutal, repressive treatment of Palestinians under occupation. The military occupation was supposedly an anomaly, forced on Israel by the need to protect its citizens and democratic structures from constant, unprovoked Palestinian violence and terrorism. 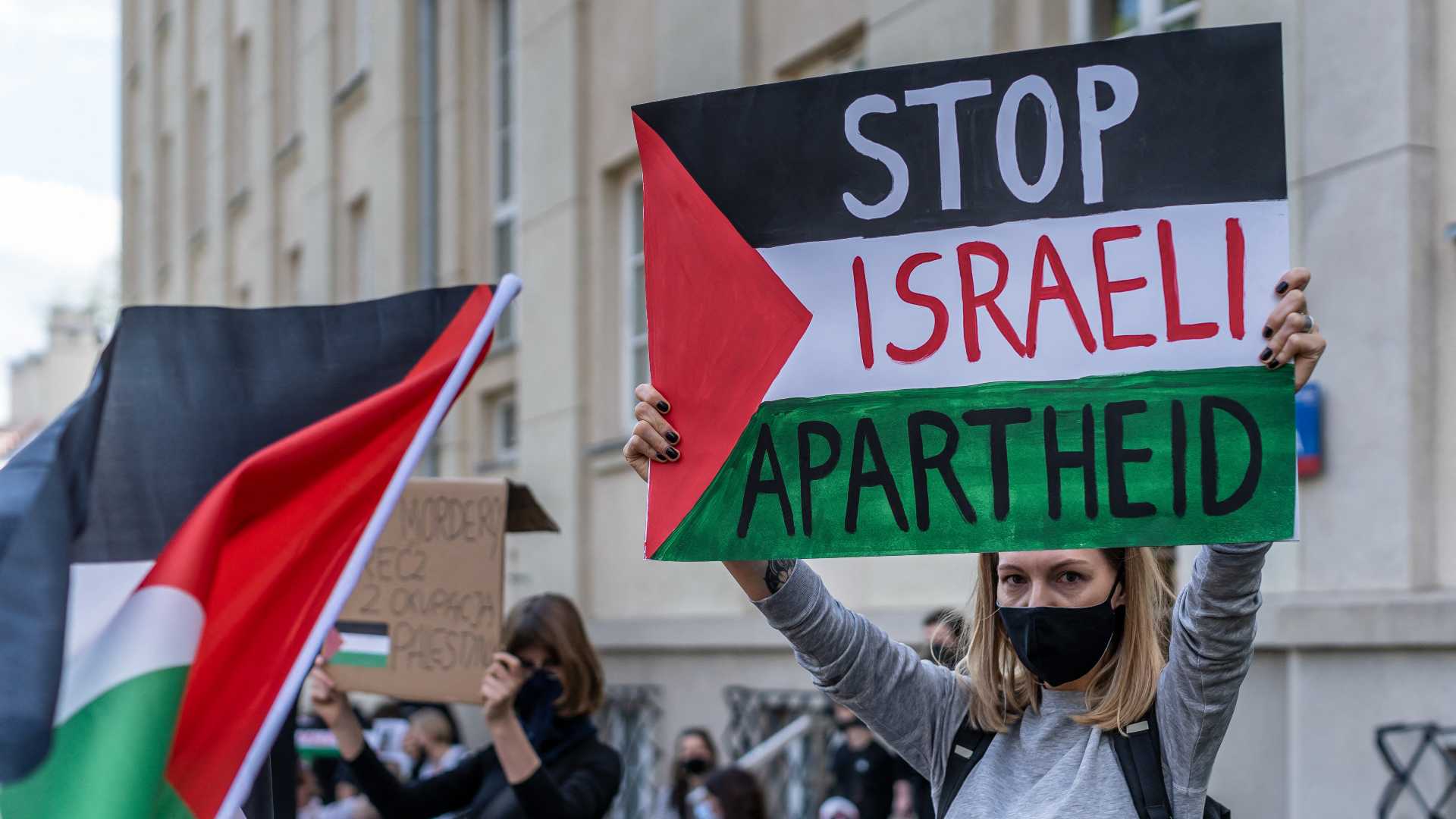 Israel’s foreign minister, Yair Lapid, rehearsed exactly that line in a pre-emptive strike against Amnesty. Shortly before the report was published, he said: “Israel isn’t perfect, but we are a democracy committed to international law, open to criticism, with a free press and a strong and independent judicial system.” For good measure, he accused Amnesty of echoing “the same lies shared by terrorist organisations”.

In Britain, the Board of Deputies of British Jews took a similar approach: “Israel is a vibrant democracy and a state for all its citizens, as exemplified by its diverse government and robust civil society.”

Except every mainstream Israeli politician vehemently rejects the idea that Israel could ever be a “state of all its citizens”. That was the expressed view of former Prime Minister Benjamin Netanyahu. And four years ago, a council of legislators even took the rare step of banning a bill from being debated in the Israeli parliament because it promoted Israel as a “state of all its citizens”.

In fact, the phrase itself is the slogan of Palestinian leaders inside Israel who have been mobilising their supporters in a campaign for sweeping change to end Israel’s current status as a racist Jewish state. Well-worn deflection campaigns by Israel and its defenders are looking ever more threadbare.

Amnesty has now joined B’Tselem and Human Rights Watch in repudiating this narrative as a smokescreen. All have accepted that Israel’s Palestinian minority faces systematic, structural and malign discrimination – and equated that discrimination to the oppression of Black and “coloured” populations in apartheid South Africa.

In short, Israel’s racism is not an add-on or temporary. It is hard-baked into the very idea of a Jewish state.

The implication of all these apartheid reports is that Israel, as it is currently constituted, cannot be reformed. As with apartheid South Africa, there has to be a fundamental realignment of power within the region. Change has to be deep and all-encompassing. And as was the case with South Africa, it will not happen without strong international pressure.

That’s why Amnesty has called on the UN Security Council to “impose targeted sanctions, such as asset freezes, against Israeli officials most implicated in the crime of apartheid, and a comprehensive arms embargo on Israel”.

Potentially waiting in the wings is the International Criminal Court, which is examining Israel’s violations of international law. Amnesty has called on the war crimes court to extend its deliberations to consider whether Israel is guilty of apartheid too.

This is likely to prove a decisive moment for Israel. Its narrative, and that of the human rights community, are on a collision course.

Once Israel’s security rationale for oppressing Palestinians is dismissed, as it has been by Amnesty and others by classifying Israel as an apartheid state even inside its recognised borders, then there is only one defensive position left: to call critics antisemitic.

This, of course, is exactly what Israel and its supporters have been doing. Lapid’s foreign ministry issued a press statement labelling the report “false, biased and antisemitic”. Pro-Israel lobby groups variously described Amnesty as “vilifying” and “demonising” Israel. The UK’s Board of Deputies accused Amnesty of “bad faith”.

B’Tselem, Human Rights Watch and Amnesty all knew they would face a concerted campaign of vilification themselves if they dared to present Israel in a more truthful light – which is arguably why they delayed so long.

After all, Israel did not become an apartheid state a year ago. It has been one since 1948, when it was explicitly founded as a Jewish state, premised on the mass expulsion of Palestinians from their homeland. It was just too radioactive for the human rights community to identify Israel’s apartheid character until recently. 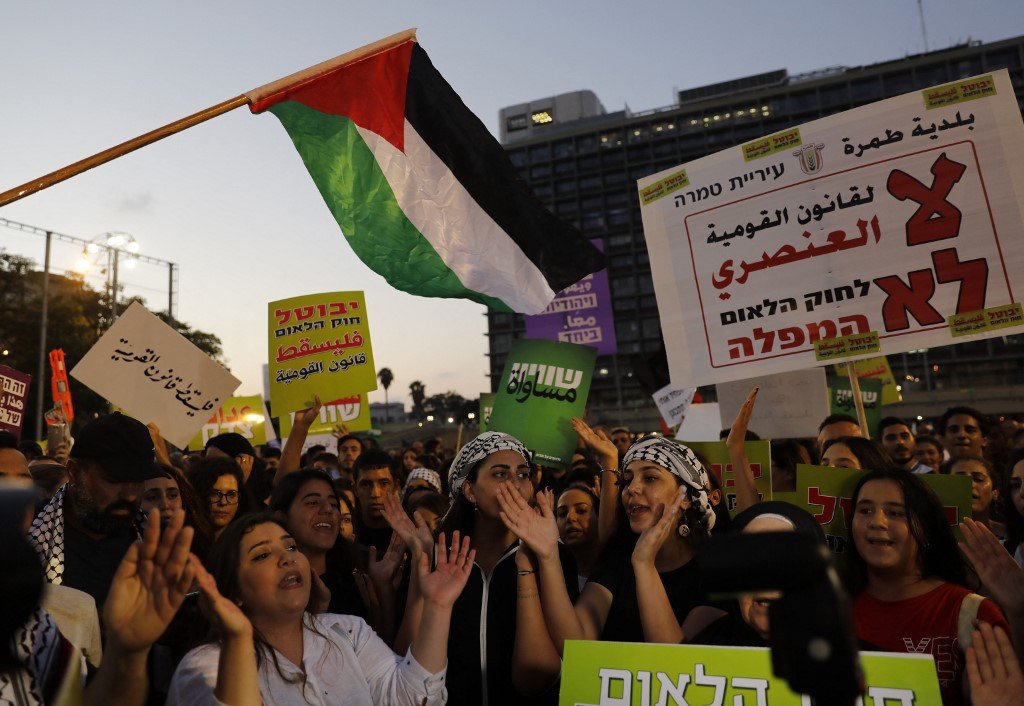 For years, the legal group Adalah, which advocates for the Palestinian minority, has maintained an online database of Israeli laws that explicitly discriminate based on whether a citizen is Jewish or Palestinian. It has grown to more than 65 laws.

But the turning point came with the decision in 2018 of Netanyahu’s ultra-nationalist government to do what its predecessors had carefully avoided: to write the systematic discrimination experienced by Israel’s Palestinian citizens into a single, constitutional-type piece of legislation – the so-called Jewish nation-state law.

That broke the dam. By declaring Israel the national homeland of Jews only, the flood of apartheid reports was inevitable. It was a largely self-inflicted wound.

But Amnesty and the wider human rights community are still holding back from clarifying the full implications of Israel’s apartheid character, as the nation-state law underscores. It states that the right to exercise “national self-determination in the State of Israel is unique to the Jewish people”.

That right is reserved not just for Jews living in Israel, but for all Jews around the world. All of them – whether they support Israel or not, whether they have ever lived in the region or not – have more rights to the historic lands of Palestinians than any Palestinian does, even a so-called Palestinian “citizen” of Israel.

These groups have actively colluded in Israel’s campaign of misdirection, one intended to shield from scrutiny an apartheid system

Fervent pro-Israel Jewish organisations in the US and Britain that are currently defending Israel from the charge of apartheid know full well that the system they seek to protect is designed explicitly to privilege them over Palestinians whose families have lived in the region for generations.

These groups have actively colluded in Israel’s campaign of misdirection, one intended to shield from scrutiny an apartheid system. The next frontier in this battle – one the human rights community will need to take on urgently and bravely – is to expose this misdirection campaign for what it is, and to shame those who participate in it.

Zionist Jewish organisations inflict suffering on Palestinians by excusing and propping up Israel’s apartheid system – and wrongly, like Israel, they do so in the name of all Jews.

They see themselves at war with Israel’s critics, including groups such as Amnesty. The human rights community must confront this fight head-on, not shy away from it. The struggle isn’t only to end Israel’s catastrophic deceptions, but those of its apologists too. 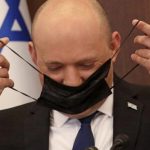 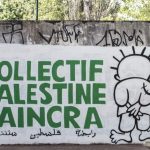