Forget the long war; we’re now in the thick of perpetual war.

(There is nothing in this article on Ukraine or Russia. It is a scary look into the mindset of those who are driving the polices of NATO in eastern Europe. Published in a conservative, mainstream U.S. magazine!–New Cold War.org editors)


Throughout the 13-plus years of the war on terrorism, one line of effort that everyone in Washington agrees on is the necessity to counter the ideology put forth by terrorist groups. Unfortunately, everyone also agrees that U.S. government agencies have done a terrible job at achieving this. Sen. Cory Booker (D-N.J.) recently derided the State Department’s counter-ideology efforts as “laughable” compared with the propaganda of the Islamic State. Whether termed “strategic communications,” “counter-messaging,” or “countering violent extremism,” there is a rare Washington consensus that this essential task is also the one that the United States has been the worst at accomplishing. But it’s not just about building a less-pathetic State Department Twitter feed. By extension, “success” mandates changing how terrorist groups think and communicate, and influencing individuals deemed susceptible to terrorists’ messaging. 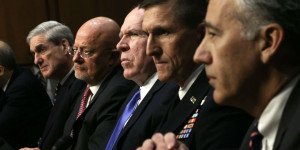 Focusing on terrorists’ ideology is attractive because it requires altering the brains of enemies and neutral third parties, while, more importantly, requiring no change in America’s own thinking. Yet in the past six months there has been a little noticed, but significant, shift in America’s own counterterrorism ideology.

The language senior officials and policymakers are increasingly using to characterize terrorist threats — and to describe the projected length of the war on terrorism — has diversified and metastasized. The enemy, once identified as simply al Qaeda and affiliated groups, now includes amorphous concepts like “Islamic extremism” or “violent extremists.” Meanwhile, any shared understanding of when the war might end has basically vanished from public discourse. Where there was once an aspiration in Washington to wind down the era of “perpetual war,” there is now an agreement that America faces a “multigenerational” threat.

With little awareness of the consequences of this shift in discourse, U.S. counterterrorism ideology has become far more nebulous, less concrete, and gradually more open-ended. The war on terrorism is going poorly: The number, estimated strength, lethality (within countries they operate in, not against Americans), and social media influence of jihadi terrorist groups is growing. Yet, the same tough-sounding clichés and wholly implausible objectives are repeated over and over, with no indication of any strategic learning or policy adjustments. If this virulent and extremist — virulent in that it’s poisonous and harmful and that repeatedly espousing it ensures continued strategic failure, and extremist in that it proclaims the most extreme objectives that will never be achieved — U.S. counterterrorism ideology goes unchecked, it will further delude government officials and U.S. citizens into the false belief that the current courses of action are normal and acceptable and require no modification.

This latest ideological change is most conspicuous in descriptions of who the United States is at war with. The enemy has always been overly classified and somewhat hidden, but at least there was once a recognized list of discrete groups. Now, the adversary is an undefined and contested category of groups or people allegedly connected with the act of terrorism. If the U.S. government were as imprecise with its bombs as with its descriptions of its terrorist enemies, it would be a war crime. This matters: If you cannot name your opponents, you certainly cannot know them, much less measure progress in defeating them.

Consider the nebulous jumble of abstract enemies that officials have pronounced. In February, President Barack Obama said, “We are at war with people who have perverted Islam” and said that the international community must “eradicate this scourge of violent extremism.” Similarly, when attempting to describe the enemy, the chairman of the Joint Chiefs of Staff, Gen. Martin Dempsey, claimed that the United States is in a fight “against the group that has perverted Islam.” In February, National Security Advisor Susan Rice contextualized the U.S. mission as “to cut off violent extremism at the knees.” Earlier that month, she attempted to describe the undefined enemy: “As al Qaeda core has been decimated, we have seen the diffusion of the threat to al Qaeda affiliates, ISIL, local militia[s], and homegrown violent extremists.” Eric Holder, then the attorney general, claimed, also in February, that the United States is simply “combating the threat of violent extremism.” Gen. Lloyd Austin, commander of U.S. Central Command, said the enemy is “ISIL and other violent extremist groups.”

Some policymakers have been even vaguer. When asked to define the enemy, Secretary of State John Kerry said, “I call them the enemy of Islam.” Let’s set aside the fact that Kerry is now presuming to interpret what is legitimate faith for 1 billion Muslims. Just who is this enemy precisely?

Meanwhile, the Republican presidential candidates are outdoing one another in blurring the enemy and exponentially expanding the number of individuals whom the United States must defeat. Sen. Marco Rubio (R-Fl.) coined the Taken doctrine: “On our strategy on global jihadists and terrorists, I refer them to the movie Taken … Liam Neeson. He had a line, and this is what our strategy should be: ‘We will look for you, we will find you, and we will kill you.’” Less theatrically, Sen. Ted Cruz (R-Texas) merely pledged, “We will stand up and defeat radical Islamic terrorism.” Former Texas Gov. Rick Perry said, “We are in the early years of a struggle with violent Islamic extremists that will last many decades.” Meanwhile, Sen. Rand Paul (R-Ky.), while touting his alleged willingness to name the enemy, called them “radical Islam” and “haters of mankind.” Again, it’s fine, though meaningless, to talk tough, but whom are these threats being made against?

The other threatening recent shift in U.S. counterterrorism ideology relates to the end state in the war on terrorism and when this might come about.

Although Obama once claimed that this war, “like all wars, must end,” officials and policymakers no longer pretend that the war on terrorism will ever end; nor do they offer any narrative for how this war would end. Rather, they are attempting to normalize the war on terrorism as something all Americans should accept and get used to. As Defense Secretary Ashton Carter admitted, “We need to be thinking about terrorism more generally as a more enduring part of our national security mission.”

This shift was crystallized in a remarkable recent observation by CIA Director John Brennan. Three years ago, Brennan, then Obama’s closest counterterrorism advisor, pledged, “We’re not going to rest until al Qaeda the organization is destroyed and is eliminated from areas in Afghanistan, Pakistan, Yemen, Africa, and other areas. We’re determined to do that.” Yet, last month, when asked at Harvard University when the war on terrorism will end, he responded philosophically: “It’s a long war, unfortunately. But it’s been a war that has been in existence for millennia.… So this is going to be something, I think, that we’re always going to have to be vigilant about.” In other words, defeating terrorism is eschatological and eternal.

Similarly, Obama and his senior aides have come to repeatedly reframe the war in decades. The new National Security Strategy describes it as “a generational struggle in the aftermath of the 2003 Iraq war and 2011 Arab uprisings, which will redefine the region as well as relationships among communities and between citizens and their governments.” Meanwhile, Dempsey, the most senior uniformed military official, warned of Islamic terrorism: “I think this threat is probably a 30-year issue.”

Likewise, on Capitol Hill, this view has become standardized. Rep. Mac Thornberry (R-Texas) said it is a “multigenerational struggle” with “no cheap way to win this fight.” Similarly, Sen. John McCain (R-Ariz.) called it “a generational fight for civilization against brutal enemies.” Rep. Trent Franks (R-Ariz.) went even further than Brennan, noting, “We’ve been fighting this radical Islamist ideology for 1,400 years.” In other words, long before the United States was even established. Forget who the enemy is; who is this “we”?

What is most disheartening about this radicalized counterterrorism discourse is that these same officials and policymakers still pretend that these diffuse terrorist threats will be “destroyed,” “defeated,” or “eliminated.” This quite simply will not happen because the United States and its partners keep applying the same strategies and policies while foolishly hoping for a different result. Officials claim that terrorists’ ideology is their “center of gravity,” a term the Pentagon defines as: “The source of power that provides moral or physical strength, freedom of action, or will to act.” Yet, again, because nothing has succeeded at countering that ideology, we are supposed to become accustomed to an endless war against a nondescript concept.

The only ideology that the United States can influence or control is its own. Instead, Washington has busied itself conflating local militancy with threats to the homeland, refusing to identify the enemy, proclaiming tough-sounding and implausible strategic objectives, and demonstrating no meaningful learning or adjustments over 13 years. The lack of precision employed when defining America’s adversaries in the war on terrorism and the absence of any end state (combined with those unachievable objectives) comprise a dangerous and extremist set of beliefs for U.S. officials and policymakers to hold. If the war on terrorism is really all about ideology and ideas, then the United States should spend as much time analyzing its own ideology as it does its enemies’. The emerging counterterrorism ideology that Washington is expressing is hazardous, illusory, and sadly unchallenged. 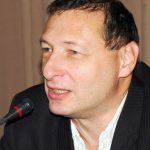 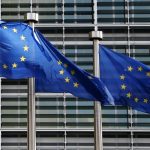