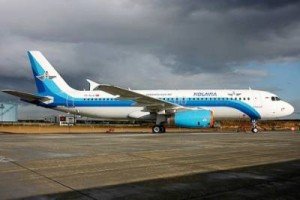 A Russian airliner full of Russian tourists crashed in central Sinai, Egypt today. There were 224 people on board, including 17 children. There are no survivors.

The Airbus A-321 took off from the Red Sea resort of Sharm el-Sheikh at 0558 local time on its way to the Russian city of St Petersburg. It came down 20 minutes later. According to Egypt’s Civil Aviation authority, the plane fell from 31,000 feet. It was operated by the Russian carrier Kogalymavia.

Right-wing forces in the Middle East issued statements that they brought down the plane. Russian Transport Minister Maksim Sokolov told Interfax news agency that “such reports cannot be considered true”. No evidence had been seen that indicated the plane was targeted, he said. 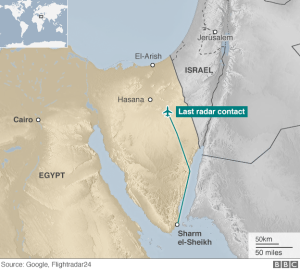 According to the BBC, the German carrier Lufthansa and Air France have announced they will avoid flying over Sinai “as long as the cause for today’s crash has not been clarified”. British Airways and EasyJet say they will not alter their routes to Sharm el-Sheikh. 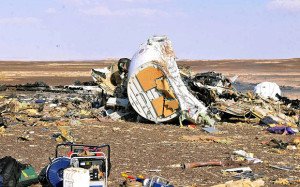 A third, one billion dollar aid handout to Ukraine up for approval in WashingtonDigest, Ukraine 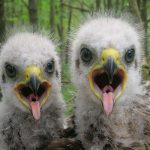 Wildlife is thriving around Chernobyl since the people leftDigest, Ukraine